Another Little scratch build, this time a Fire engine.
There´s a few designs of  Fire engines made in the period from 1700 - 1800, so taking ideas from a couple of them  I came up with this; 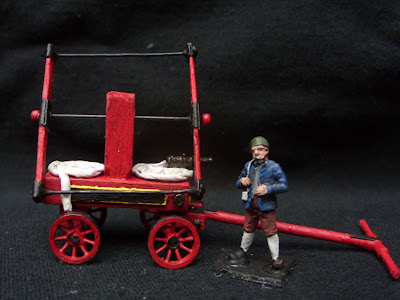 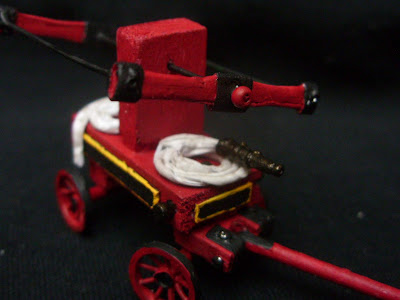 The hoses are made from twisted paper, the nozzle is from the Caeser Ancient Egyptian Chariots set (described at PSR as a bowcase or quiver)
The input/Output Nozzles (front left and right) are heads from Picture Frame tacks. 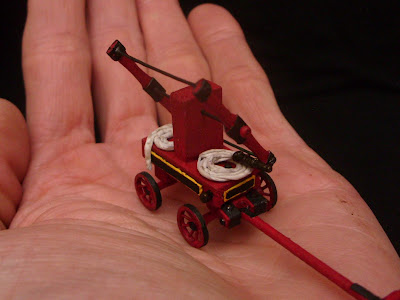 The Pumping handles, front axle and the towing bar are moveable
It really is tiny compared to the other carriages I´ve built and building it was quite fiddly.

Being so small and delicate, it needs somewhere to Keep it so......a fire Station was next on the list.
1cm thick Insulation foam for the walls with a printed stonework covering, the lintel and quoins (the stonework on the sides) from cut,scored  and painted Card, Stone floor printed, the Roof made from biscuit paper, Gable Ends and sign cut Card, sign printed and the sign post a Cocktail stick. 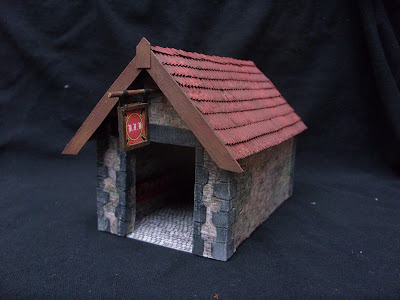 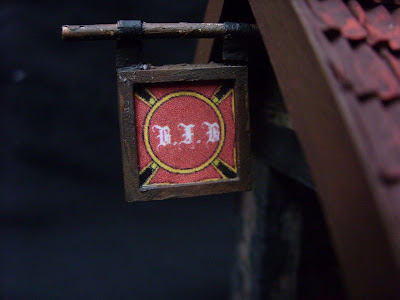 The Mk 4 carriage for Bodstonia, a "post-Chaise"
I didn´t 100% copy the designs I found on the web, most of them have a set of springs  front and back but adding them raised the whole Thing too high so they were removed. 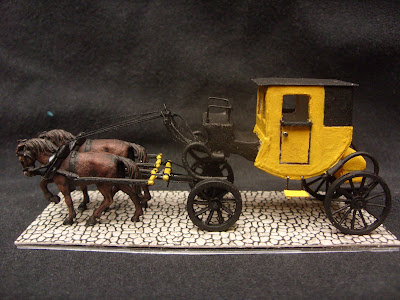 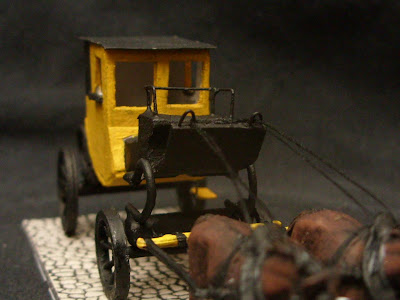 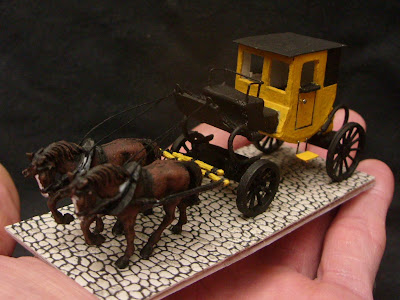 The Chaise in situ in the world of Bodstonia - HERE 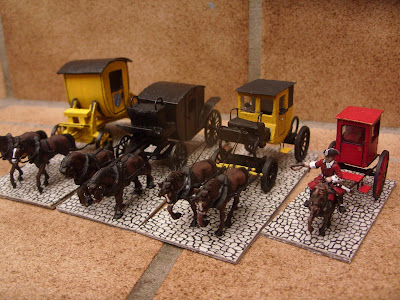 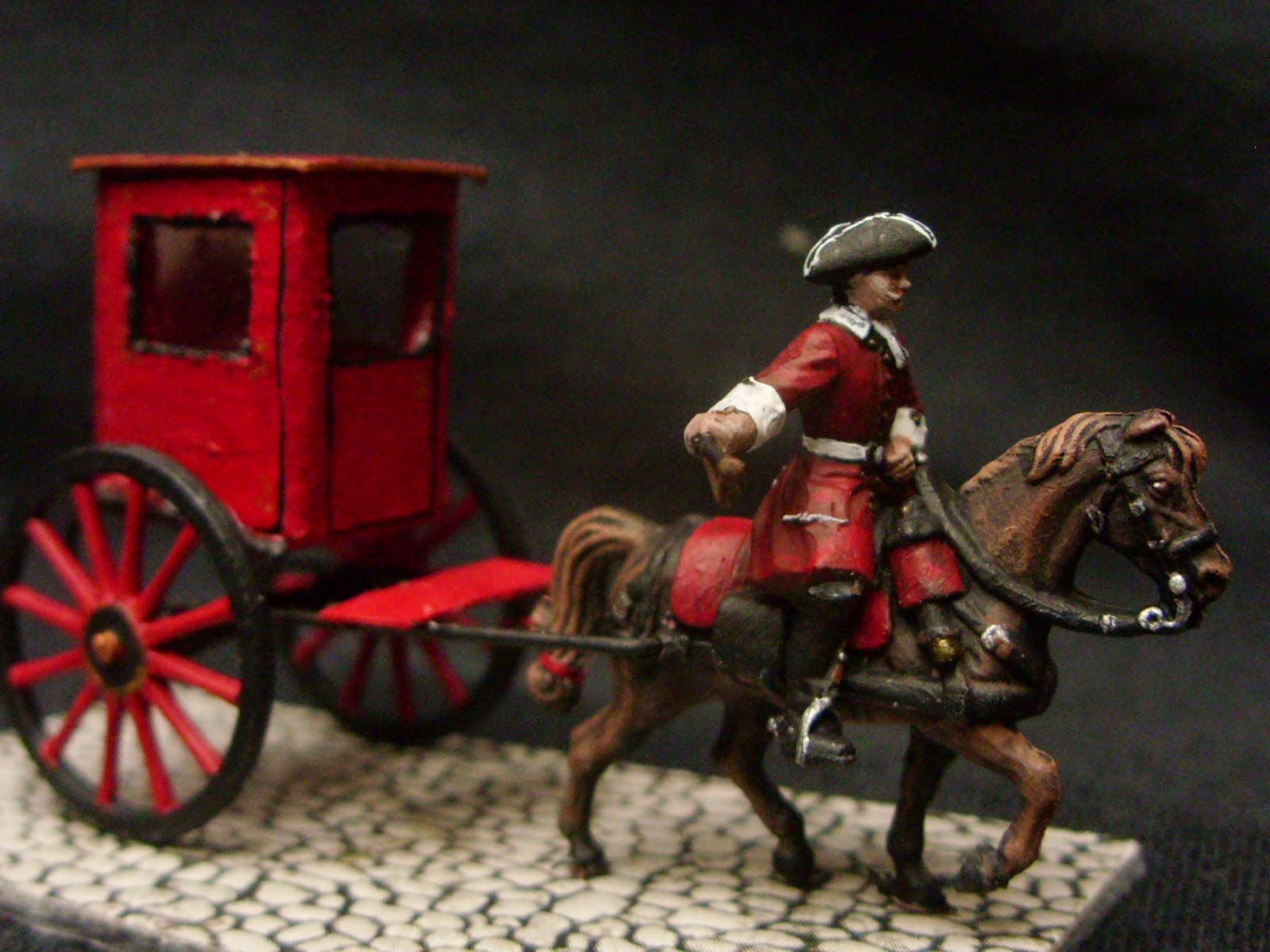 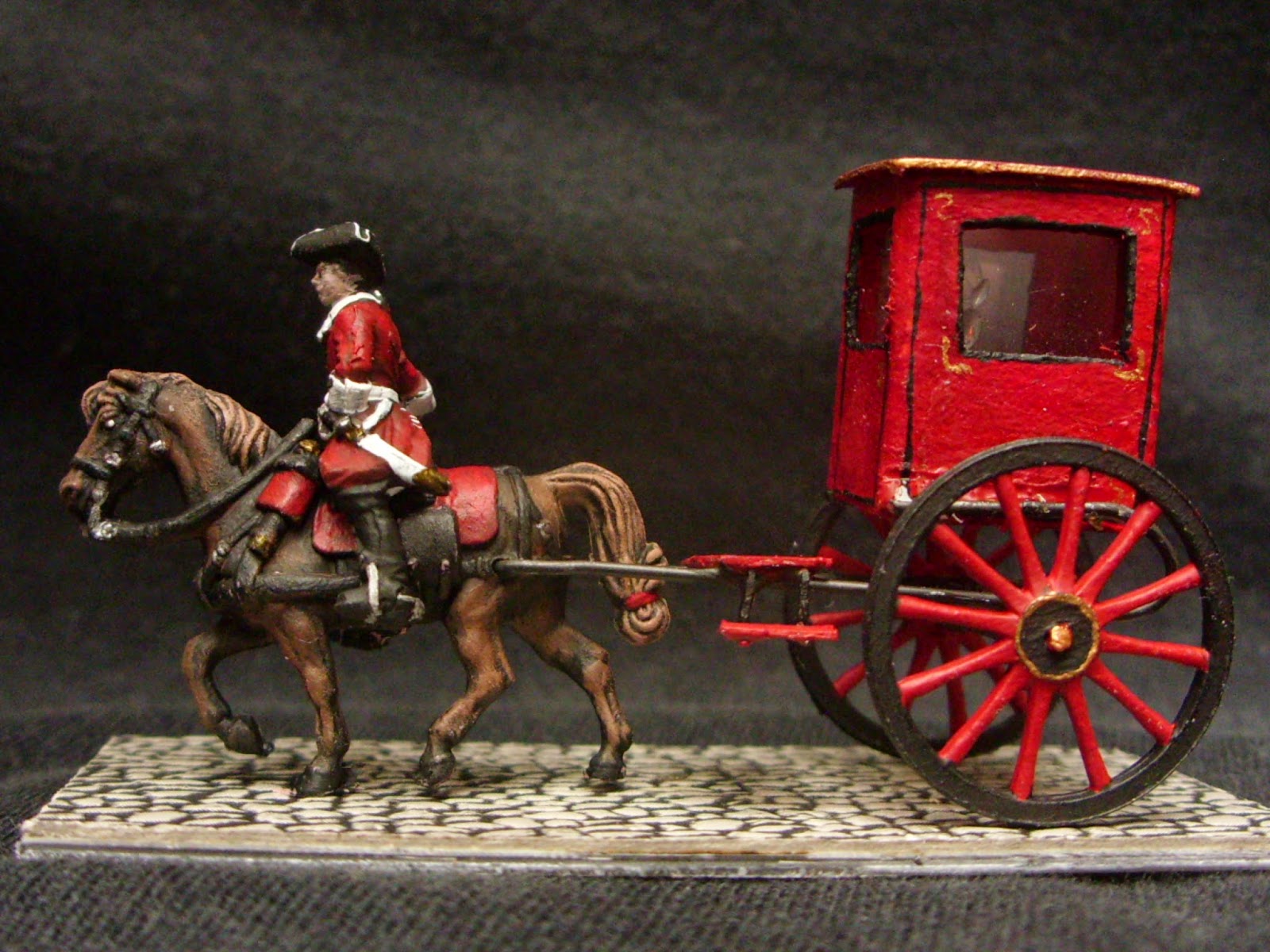 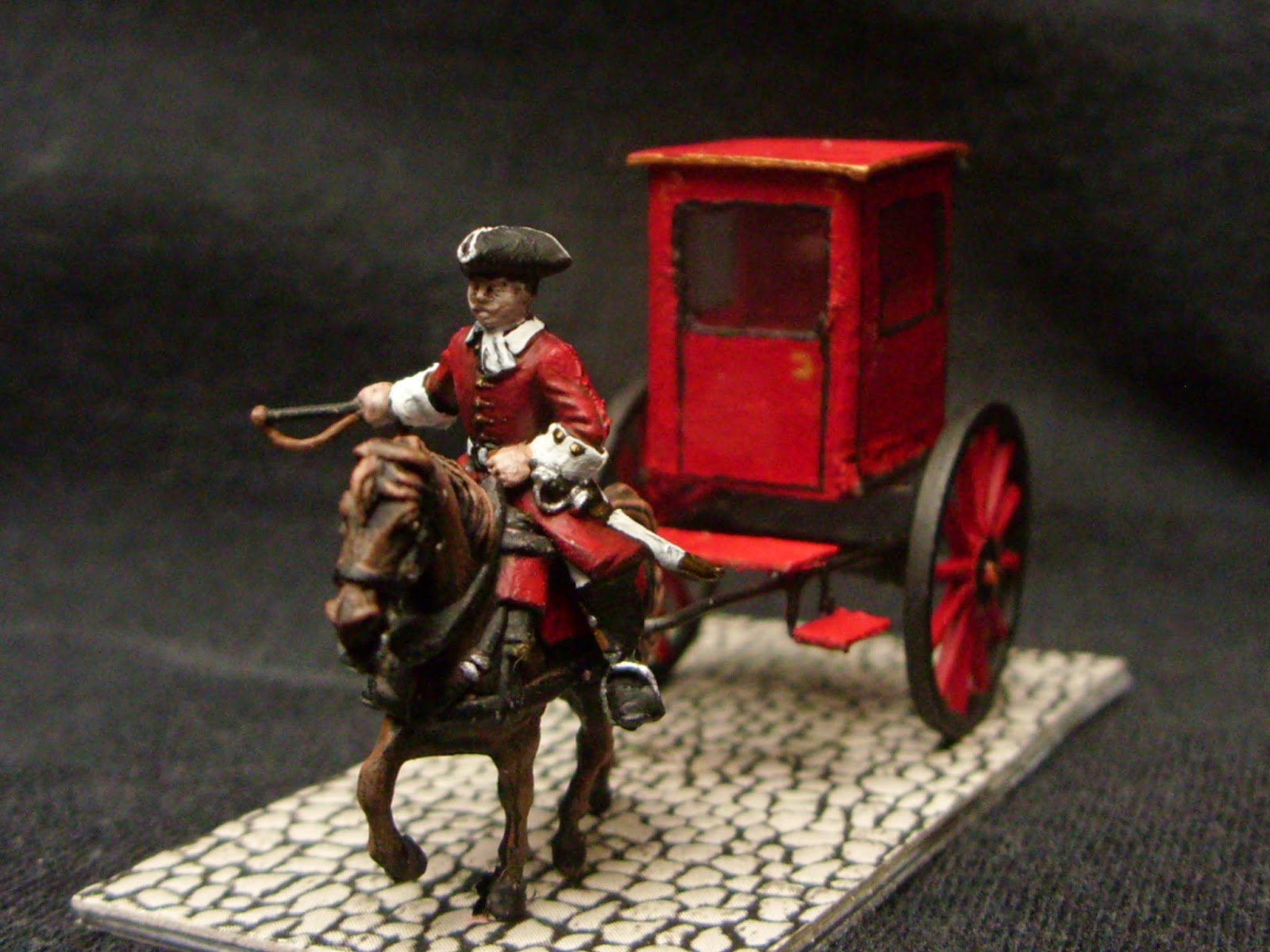 Another Addition to the ancients range and some new recruits for the town of  Scalpere Aedificere.
13 Bods,  two Litters,  Two mules, Two Oxen and a parrot.
The 10 Standing bods..... A letica (transportable Couch) and the leticarii (Couch carriers) So far, so good. Everything is fine. Very Little Flash to be dealt with, nice Details and poses.  The Bods are a bit slimmer (more finely sculpted) than their previous contempories but fit well alongside them.


The other Transport Piece in the set.  Where can I start?
The historical accuracy?
The earliest reference I can find to  horse carried Sedan chairs (or litters) is from the medieval period. The best  reference I found is  a painting by Jean Fouquet about an Event in 1378 called Entrée de l'empereur Charles IV à Saint-Denis,   or Entrée de l'empereur Charles IV devant Saint-Denis painted between 1455- 1460.
I´ve found no  references to Roman litters,  even ones for high Nobility, being carried by horses. That´s not to say the romans couldn´t have come up with the idea but , at time of writing and lacking any references..it´s historically innacurate to portray them doing so.
It doesn´t look like anything from the Roman period, it´s more a 17th / 18th century design.
The construction?
The poles across the doors would mean they would have to be removed to let passengers in or out. Considering the length  and possible weight of the carrying poles, and having to set the cab down and release the poles from the mules,   this would be a difficult Task to say the least.  Virtually every example of a sedan chair has an opening to the front but in this case it would again be impractical. The passengers would have to Exit between the cab and a mule (danger of getting kicked if at the front) and then duck under the pole.

Apart from that, it fits together reasonably well. The width of the carriage means the carrying poles need bending slightly inwards to make it possible to attach them to the mules but when attached they stay put.
The set Comes with three passenger bods. At a squeeze only two would fit and then opposite each other but it looked very uncomfortable.
Still, I like the look of the cab and I like the idea,  so with a bit of Alteration it will be given a use in Bodstonia.
﻿