After seeing this excellent set of Roman commanders from Strelets, I decided to plan another small Roman Legion. This one I´ll name Aduitrix II after seeing Simons excellent representation of this legion on his blog TheBigRedbatCave

First though, the soldiers need recruiting and they need banners for thier units so...some need making :-D 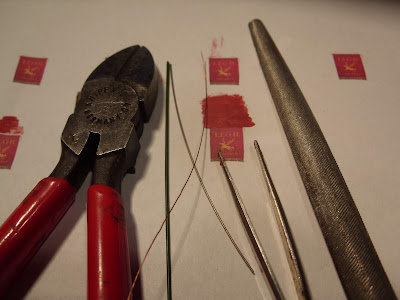 Stuff needed. Pliers, thin metal file, florists wire, thin steel wire, some copperwire, tweezers, woodglue (not in pic) and some printed Vexillia patterns. I´ve painted above the prints to form the backs when folded. The paint has a tendency to soak through and destroy the pattern when painting the actual back of the print 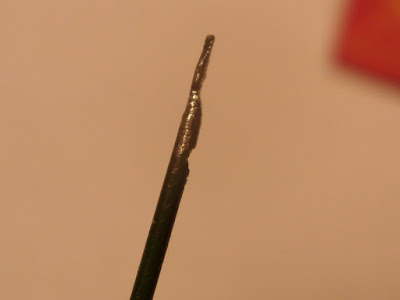 Make the spear head as here. A bit below the spearhead, make a groove using the file. This is so the crossbar fits without slipping up and down 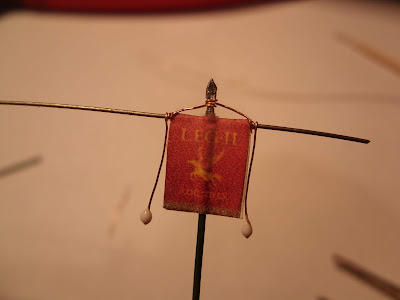 Make a hole at the top of the folded pattern and push the shaft through. Smear some glue onto the inside of the pattern, insert the crossbar wire and fold shut. The copper wire is then wound around under the spearhead and down to the crossbar. Cut the copperwire off just below the pattern and using the tweezers fold the wire back on itsself. This makes a little loop where  a blob of woodglue can be added to form the "weights". 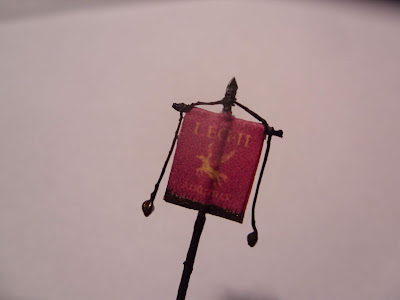 The pic is a  bit dark, but basically just paint the copper wire dark brown or black and the bottom of the pattern and the "weights" gold. 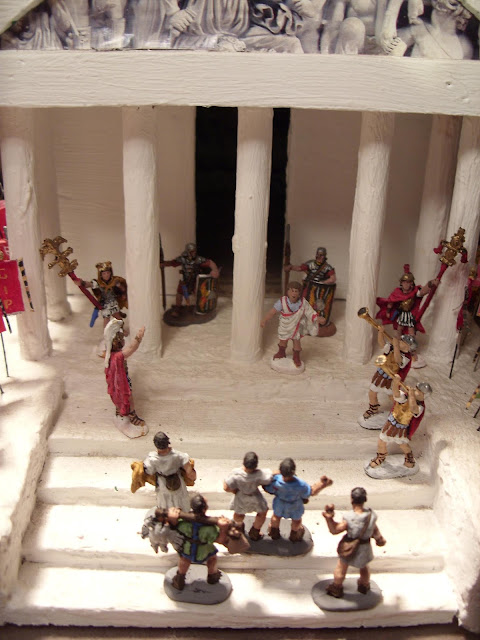 The senate discusses the Emporers idea to raise a new legion….

...and after many hours of discussion it is agreed upon....Hail Caeser!!!!!

So now the standard can be given out and the recruiting of the 1st Cohort LegII Aduitrix can begin!!! 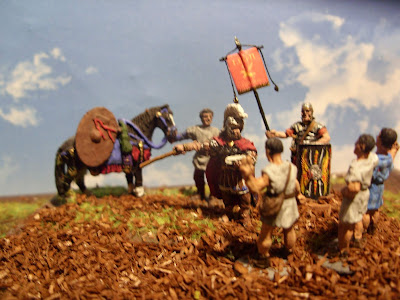 
Really annoying thing. The blogroll...it appears to have jammed..nothing more can be added to it. I  had a trick, carry on as normal..when it came to saving a new blog it would just stop. All I did was log out and the new blog would be added but even that has stopped now! Apparently the only way around it is to delete the blogroll gadget and start again!!!! What a pain in the ****!!