Thought I might share this one with you all.This is how I put a bowstring on a 1/72nd scale figure...I have tried other ways, thin copperwire (too heavy and it needed painting which made it too thick), human hair..(it drys out and breaks)
and many others.

With this one I use the bristles from a normal 3" house paint brush.
The tools needed;
Second glue, tweezers, paintbrush and fine scissors (here nail scissors) 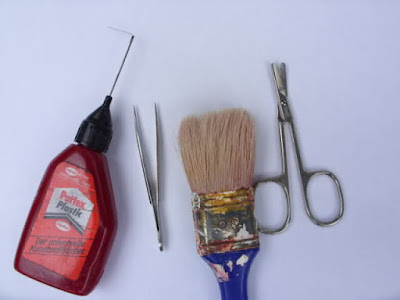 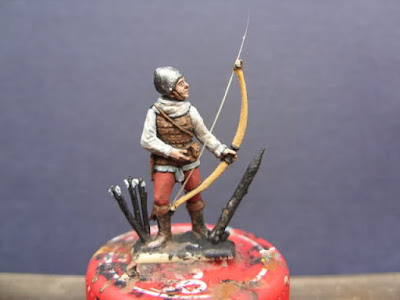 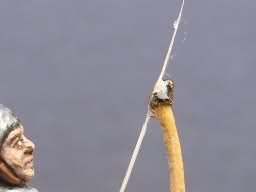 This works fine for archers that are loading or have fired, but for the ones that are drawing thier bowstring, it´s more or less the same method except the bristle needs cutting into two short lengths and attaching from hand to stave. 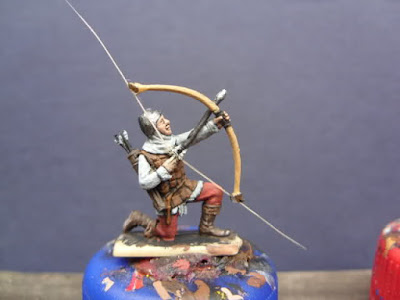 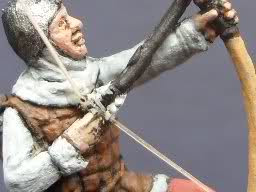 Next article...How to combine a can of  Beer and a normal drinking straw to get a cheap nights drinking :-)
Posted by Paul´s Bods at 06:04 5 comments: