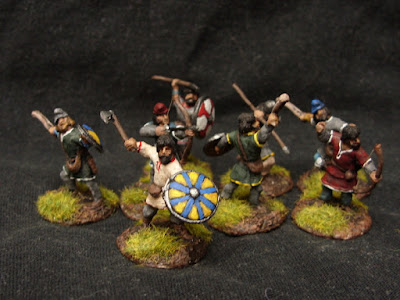 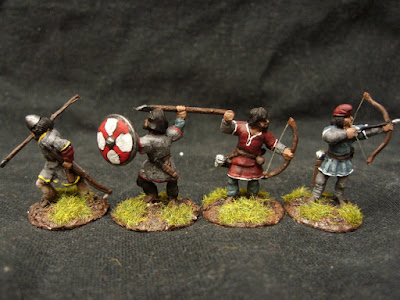 I wouldn´t normally paint a repeat pose unless it had been converted in some way but adding a shield is a small alteration so acceptable.
The slinger with the red/white shield is the same pose but with a  head swop from the Norman light slingers set 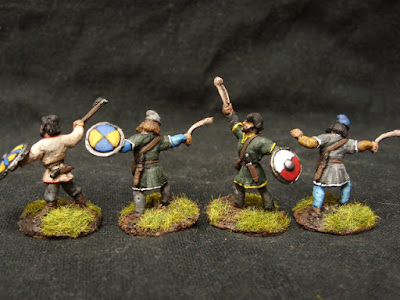 So..I´m slowly getting through the Dark Ages Bods from TD so I´m going to be  getting some more from them..specifically the Renaissance (WotR´s) range (HERE) and the Frankish Crusaders (HERE)
I´m getting the Frankish Archers, Crossbows,  Peasant archers , Peasant Levy and Robinhood command* sets from the Franks range and the 3 artillery sets, WotR´s foot command, mounted archers (both armoured and liveried) from the Renaissance Range.
Any requests for other sets from both ranges?

*I can´t imagine what characters will be included in that one!😊