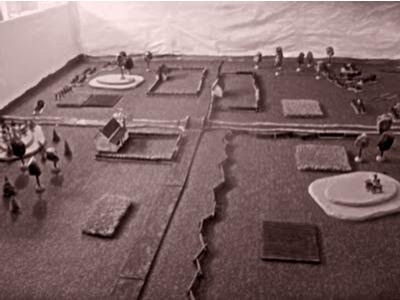 Union Forces to the right, Confederate to the left, The Cannon´s Farm just left of centre. 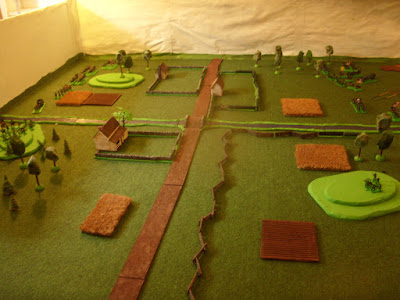 Both sides  deploy 20 cm´s from the start line (end of the carpet Field)
The Confederate deployment.
General S. Tore, has deployed the entire Cavalry and one Regiment of infantry to the left flank.... 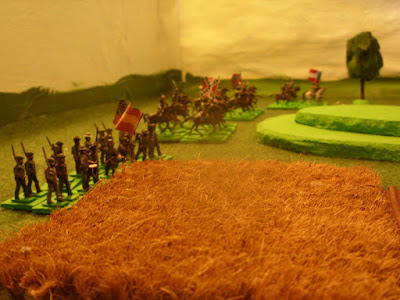 ...his entire Artillery and the remaining Infantry on the right. 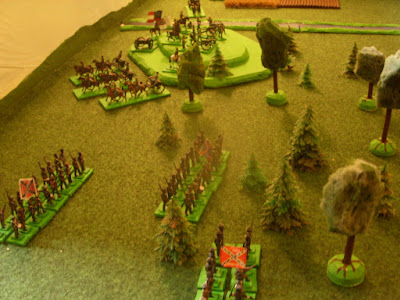 The Union Deployment.
General Payne has deployed two regiments of infantry,  one  cavalry and one Gun to his left flank... 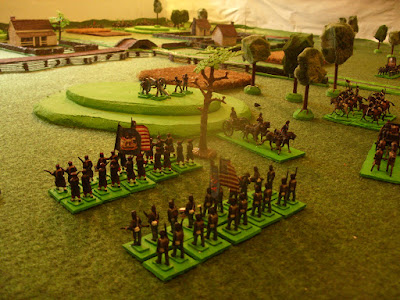 ...and the rest of the infantry, 2 cavalry and two guns to the right. 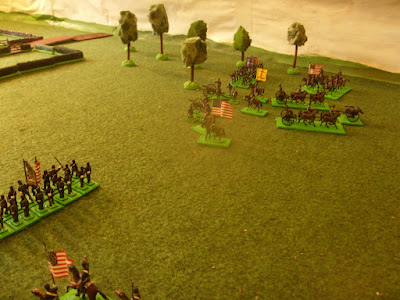 Imagine John and Victoria´s suprise to wake up only to find two armies facing each other across thier farm!! 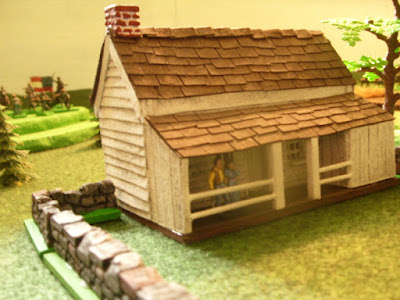 Anyway. The room I´d set up in had good light but along with Setting up,  the backdrops took forever, there was a shortage of road pieces (Thick Card was rushed into Service) and the light got too bad to carry on ...so the rest tomorrow. ...or, depending on the Doctor........... 40 years ago :-)
Posted by Paul´s Bods at 06:20 9 comments: