Bit of an odd one this device, not commonly seen and  I only came across it whilst researching about trebuchets.
Put it into a web search...there´s a couple of bits about it,  mostly in French and virtually no pics.
This one is a big version..they appear to have been about twice the height of a man  but I prefer big stone throwers. The range was apparently 180 meters with a 50kg shot and needed a crew of 8 to fire at a rate of 10 shots an hour. 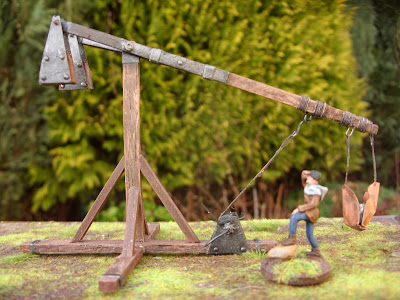 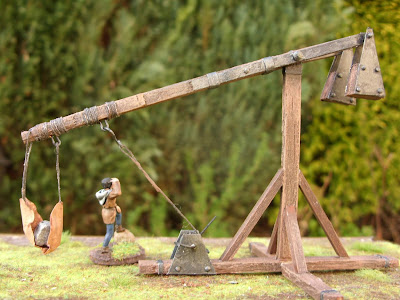 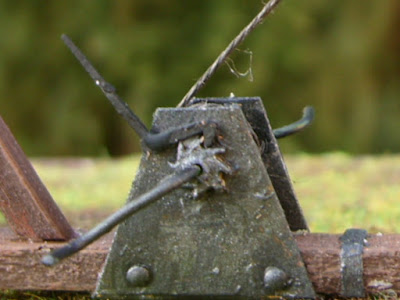 Here´s a video of one firing. Thiers has a "running board" for the sling but some were just launched from the ground. The firing action looks pretty "violent", the counterweights wobbling all over the place.
Posted by Paul´s Bods at 06:38 20 comments: