I´ve painted up this lot before..nearly five years ago as a bunch of soldiers in the pay of sir  Hugh Jarse. Then I called it  "Medieval Picnic" but they are in fact called (as per the post titel)  VA126 "Medieval guards resting"  by  Valdemar-Miniatures
This lot are painted up for the 1329 Teutonic dio  in the same Red and White livery as the  Medieval Guards on Duty set
Two sets making a total of 14 bods, 2 tables, three benches (one was missing) and 2 dogs. 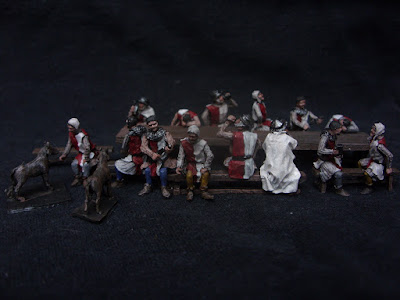 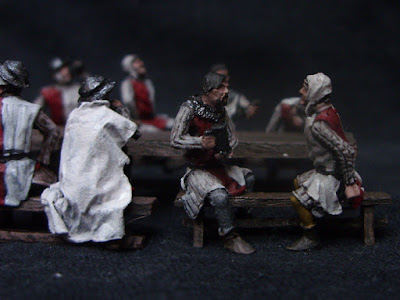 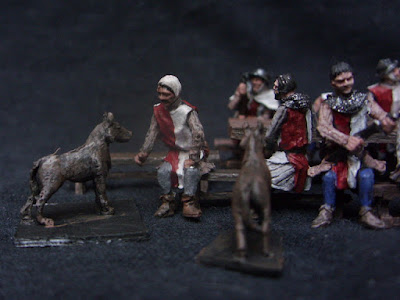 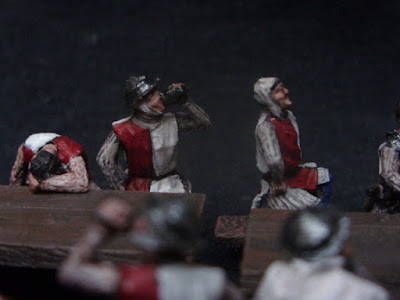