Still carrying on with the Napoleonic theme and as part of the Airfix Tribute Forum Waterloo GB I´ve added another stand of infantry, another centre Company but this time a centre company of the 42 Regiment,  Royal Highland - Black Watch.
As with the Airfix Waterloo British Infantry they are  100% Airfix, but this time I used bits from the British infantry set.
I´ve painted the set before (HERE) using the Airfix Boxart as a reference. Back then (2 years ago) I used more  "false" blacklining than nowadays...but I still like the look of the Blacklined ones.

There´s 23 bods on the stand, only 2 less than the Waterloo British Infantry stand with 25 but it still Looks a  bit empty in comparison. 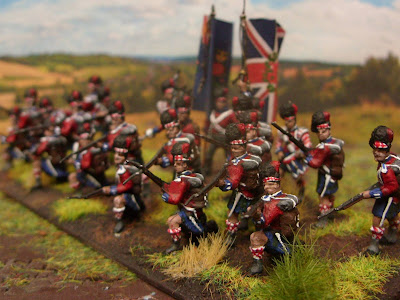 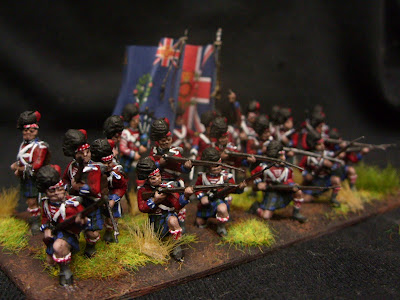 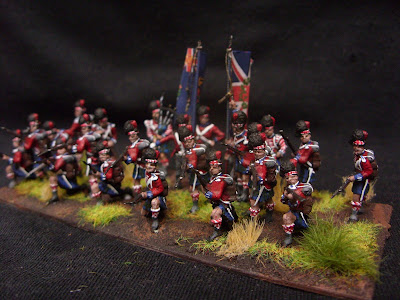 The conversions (I didn´t take pics before painting) 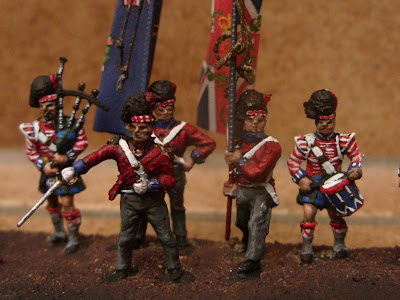 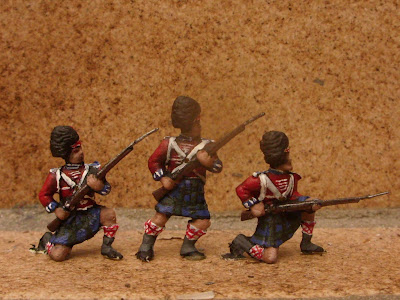 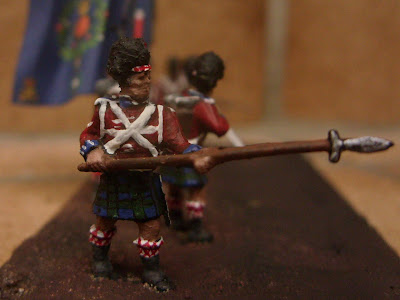