Using the Zvezda Dragoons of Peter I set.

First up the dismounted bods 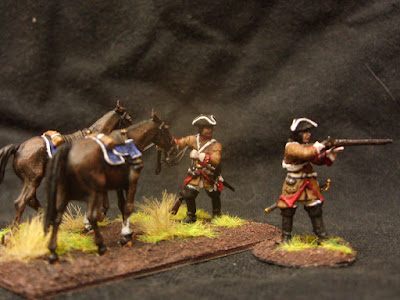 The set Comes with 3 bods Holding the nags and a possible 6 nags for him to hold. Small Problem is ..if he´s Holding the reins..then all of the nags already have reins so they needed removing 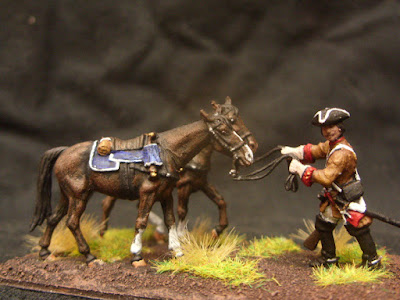 An  "ahhh!" bit.
At the Moment we´ve  got 5 cats.
The ancient british short hair who found our house and we took in, the "runt" of a litter from a 3 legged cat´s first litter and the 3 legged cat and the  two kittens from her second litter
The 3 legged cat was originally given space at ours due to her giving birth a day before the original owners moved . With all the stress and chaos of the move it was better they had somewhere quiet. After the kittens (3 of them, two went to friends) were old enough she was given back to the owners but it proved too difficult for them and we took her back..only to find she was again pregnant.