Medieval Cavalry on the march

Another 6 medieval cavalry to add to the baggage Train. 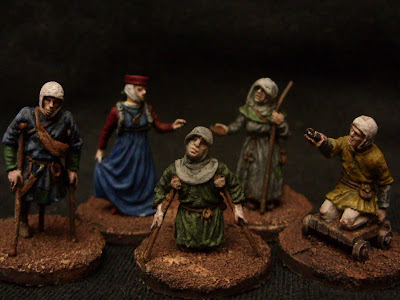 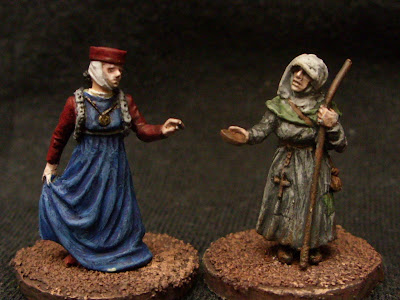 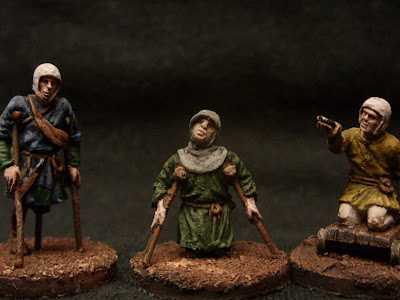 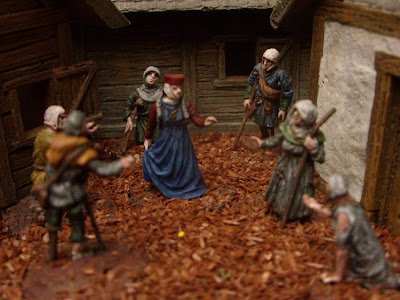 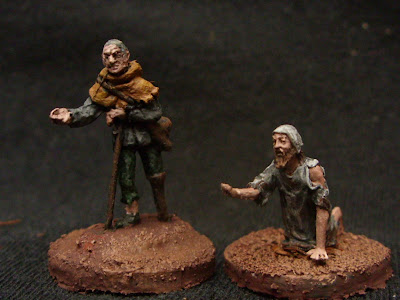 The whole (well, most of ) my collection of civilians.
Lots of different makes, Mainly from Valdemar and  Strelets but also Linear -B, Italeri, Zvezda  and Imex and any others I have forgotten.
Some more Close ups from previous Posts. 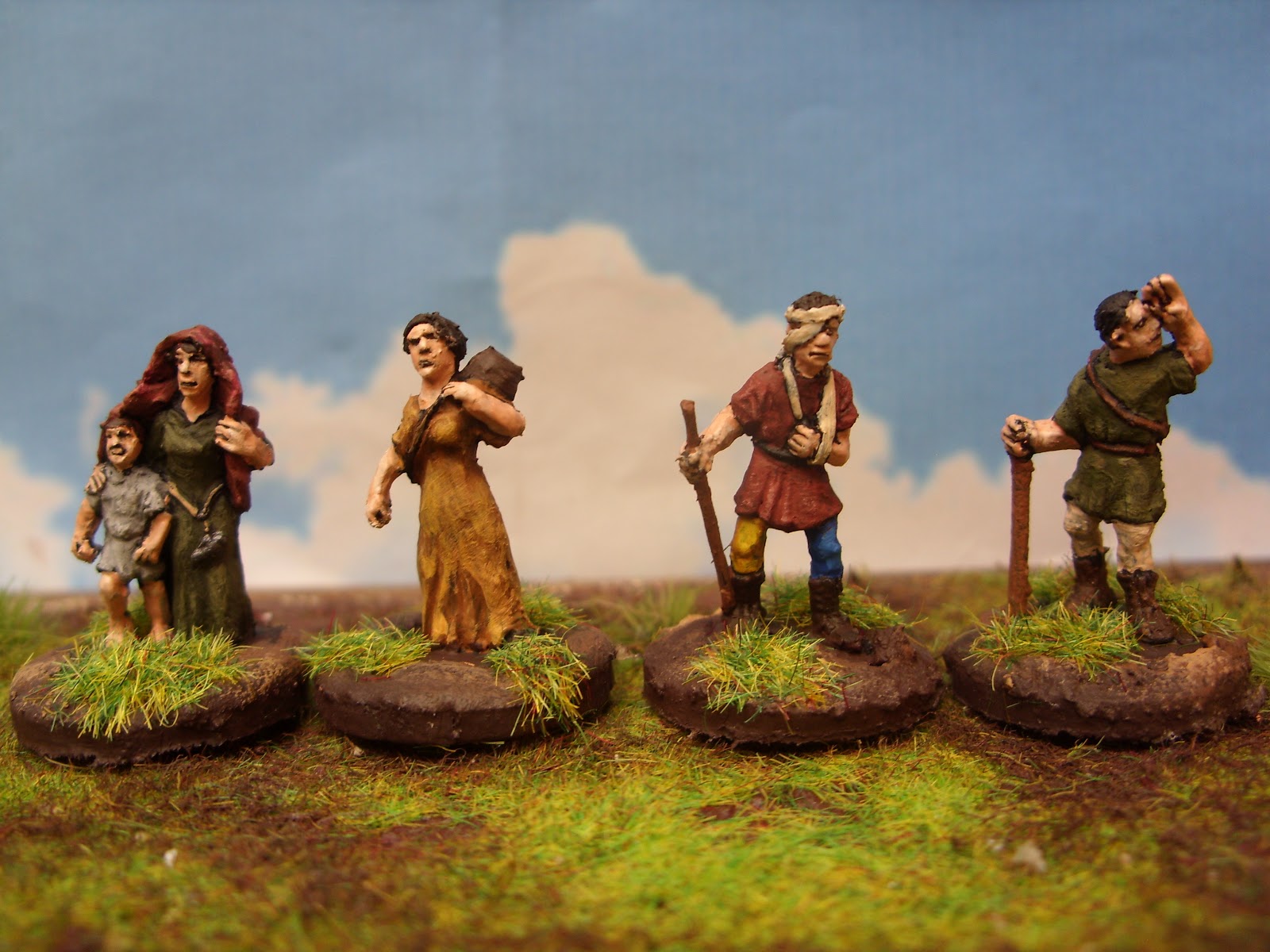 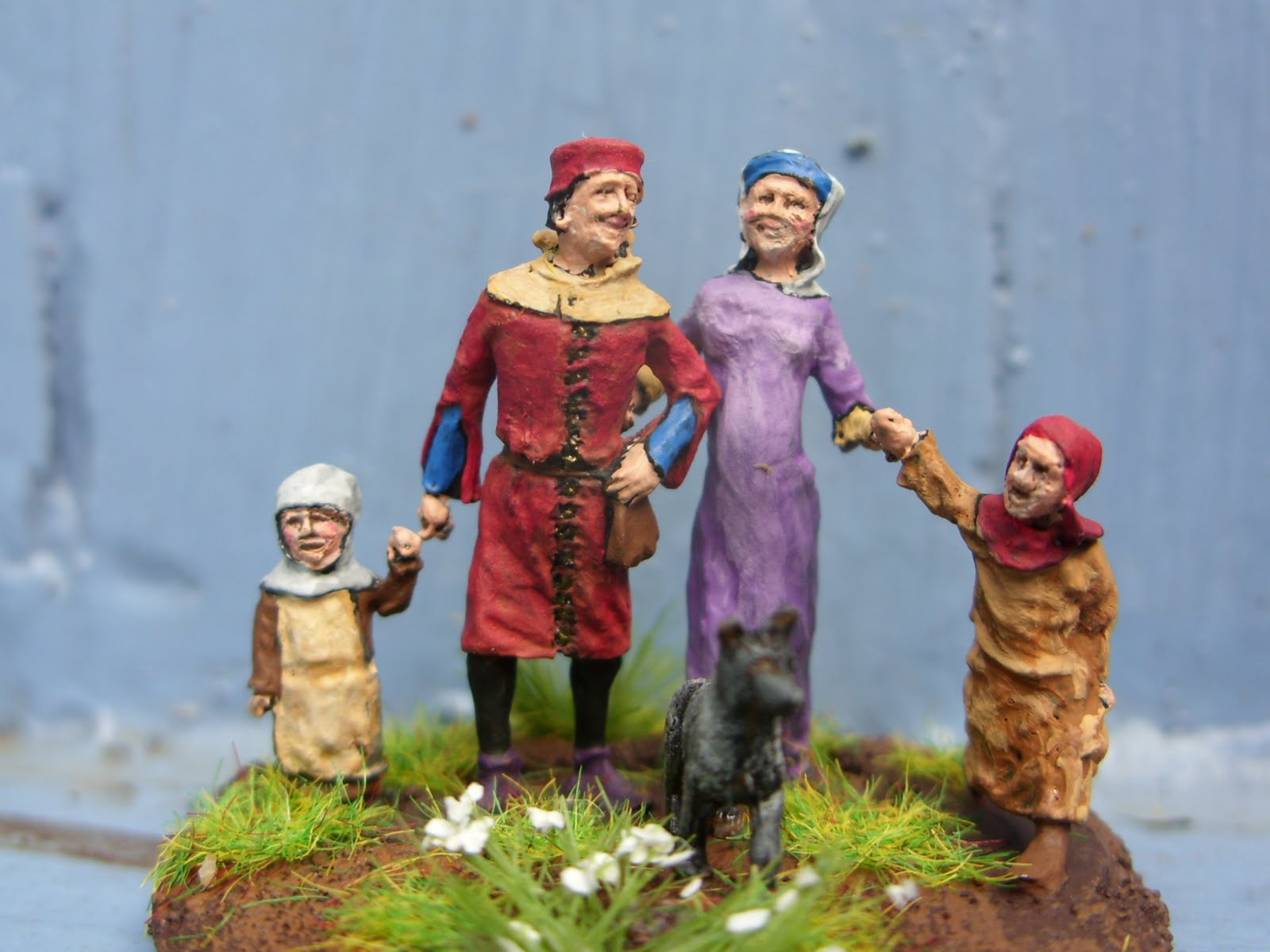 Another element of the Alliance against the Army of the underworld  the dwarves give the needed Backbone and Stayingpower to the allies.
All of them are from Caeser´s Dwarve´s set, with a couple of conversions, shields or spears added 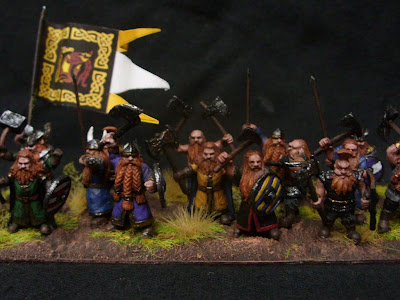 The Flag is from Ray´s Don´t throw a one blog and can be found on this LINK. Ok, they are viking flags but they I think they fit well with Dwarves 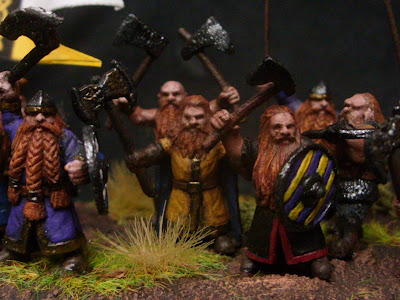 Part of the alliance against the Army of the underworld, with a rapid rate of accurate fire, the elves supply the archer element.

Half-breeds, they  fear thier orc/goblin masters and hate humans in equal measure. Quick witted and viscious, luckily there´s very few of them about as cross breeding is rare and has so far produced only males.
Following  the orc warbands they pillage what can be carried away and destroy what cannot. Any survivors are taken prisoner. Thier fate? A Long journey to the east to be sold in the slave markets and then onto the mines. That ..or Orcs aren´t particular as to what type of meat they eat.

Way back then, even  orcs had some rudimentary knowledge of gunpowder, and after capturing some firearms from the dwarves they made themselves some  blackpowder weapons. 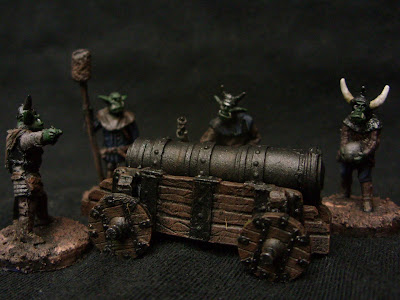 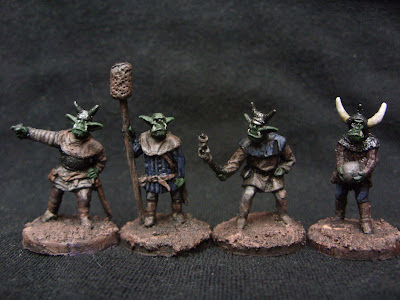 War of the Roses - Artillery

The start to a war of the roses Army. The gunners have no specific liveries, yorkist or lancastrian, which would have been common at the time and it enables them to  be used alongside other armies.

Previously painted gun teams have been rebased . Guns (Serpentines and Veuglaires) all from Zvezda, gunners from Zvezada, Orion and Italeri.

Knights weren´t Born knowing how to fight and had to be trained in the finer arts of disabling an Opponent. A set of Trainees and Trainers sculpted by Alex and produced by Valdemar. 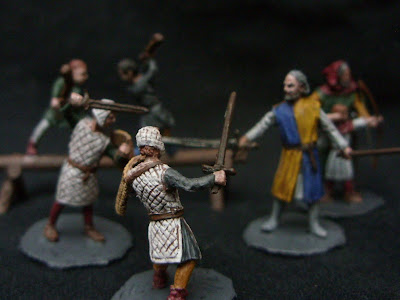 Young sirs practising. I painted the swords up as wooden ones. 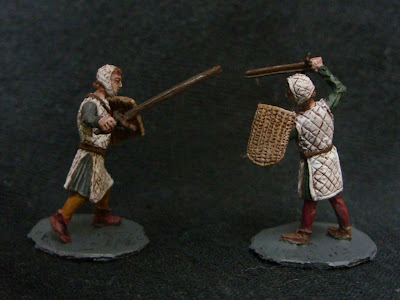 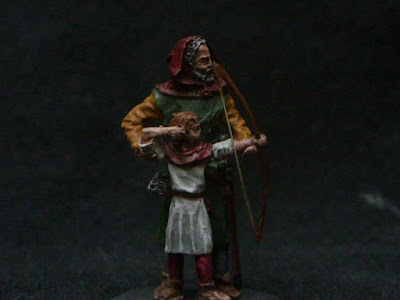 Sword master. Hs Sword appears a bit bent but that´s due to the Picture. The stick is for administering "correctional advice" 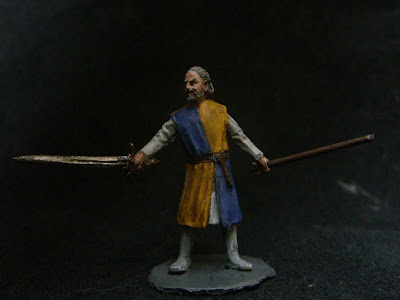 A featrure or modern medieval fairs, Knock your Opponent of the log. I reckon the Clubs are leather bags filled with sawdust. 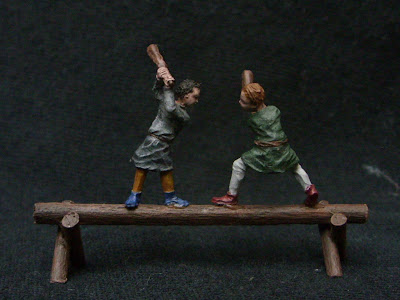 I could add  another 80 plus, but 20 or so are based in dios or  they are town guard types or taking part in the Military convoy so not strictly civilians.
Posted by Paul´s Bods at 06:41 12 comments: 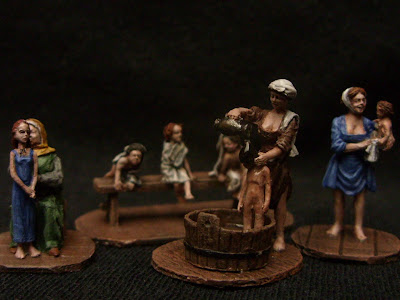 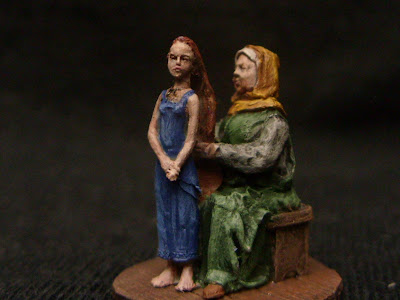 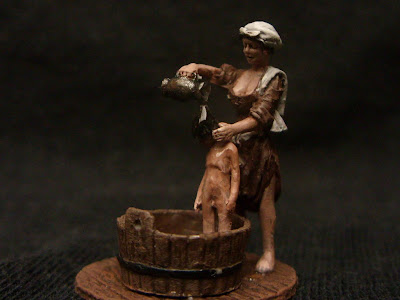 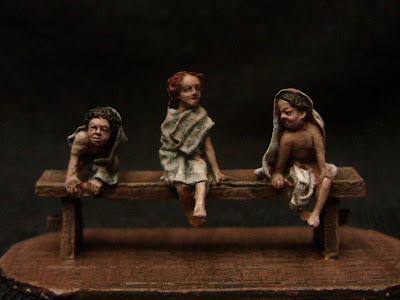 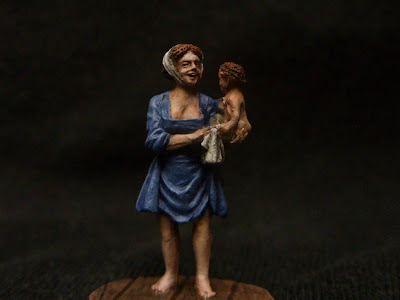 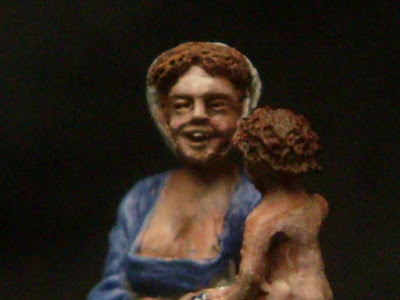 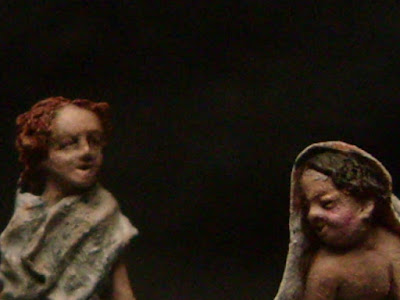 Recently a question turned up...someone was looking for 20mm dead nags. There are a few sets with one or two dead nags in them and Ykreol make sets, covering all eras  of dead and dying bods and nags but it´s easy enough to create dead nags using spares.

First select the nag...a running one is better than a stationary or Walking pose. Remove the base.
I´m also going to add a couple of dead bods.

Slice off the bumps (rump and shoulder) on the underside (the side it will end up lying on) of the nag.

This enables it to lay flat. You could make some thick basing and press it into that but I´ve found the head and neck end up "unaturally" embedded in the surface, almost as if the horse was made of lead and fell onto some sandy earth.

Put into boiling water for a minute or two to soften   the plastic before twisting and turning the legs and arms etc. The new Position has to be Held until the plastic cools. If it isn´t,  the old Position (or very near to it) will be taken up again. The reason? Plastic has a "Memory" Heating plastic up makes it maleable but the "Memory" isn´t taken away. Parts altered by heating up the plastic can be returned to their original (or very near) simply by putting the bod into hot water again.

The raised hand of the Knight was holding a sword but this has been removed and a glove effect made by squeezing the empty hand  with fine toothed pliers. One Thing...don´t Forget to add a stirrup to the "topside" of the  fallen nag.

They now get painted. The base gets a thin smear of woodglue/fine sand mix and the bods and nags get pressed onto the mix. Any small gaps between the nag/bods and the "ground" can be filled with small amounts of PVA-Sand mix or camouflaged with static grass. Let dry,  paint and decorate.