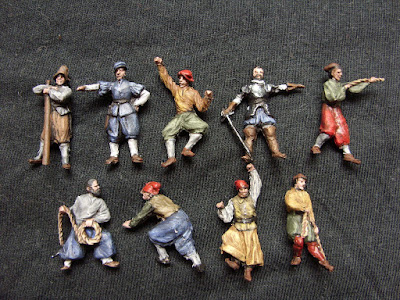 One of those subjects that, when you go looking for references for clothing Colours and the like, there´s virtually nothing.

There´s one or two contemporary paintings showing Crew, like  Johann Theodore de Bry´s  "The renewal of the alliance between Francisco Pissarro and Diego de Almagro ...(to explore and exploit Peru) …(HERE)
Mostly blues, reds and Yello/Browns but the mix of Colours on the painting Looks..concieved. Still, better than Nothing.

There´s a Little Flash to deal with  but not a lot. Over at PSR the set gets a decent review (HERE) 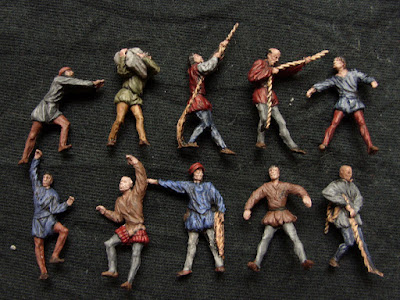 Why am I painting late Renaissance bods? Well, you´ll have to wait and see.
Posted by Paul´s Bods at 03:06 16 comments: