Set VK10.
8 Bods, 8 shields (4 Lenticular, 4 flat) 7 different standards.
One of the bods is a repeat from the Viking Huscarls with Axes (VK1)
I added a shield to the same pose in that set,  so in this one he doesn´t get one.
I´ve added an Axe left over from one of the other sets to one of the Standard bearers. He can be the head Bod for the Huscarls with Axes. 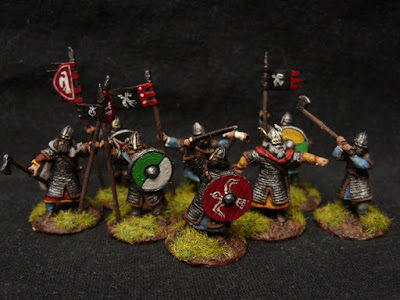 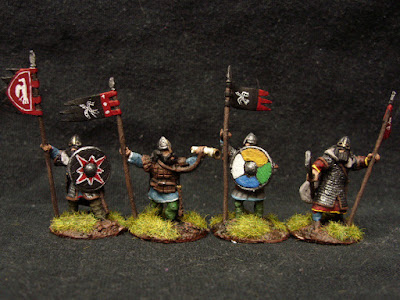 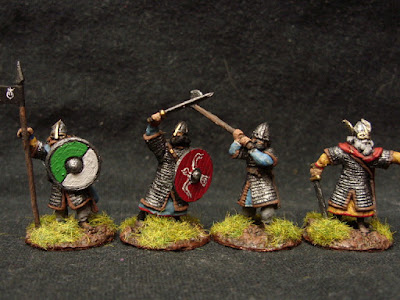 The Bod with the winged Helmet. I´ve painted one that same pose in the Viking Comanders post,  but he doesn´t have the winged helmet, he doesn´t have a cloak and his beard is different.
Is there then Variation of  how some of the poses are equiped or is the one in the first post (when I assumed they were TD Bods) an older version?
Posted by Paul´s Bods at 07:54 5 comments: