This lot took a bit of snipping and hacking to get together. It was difficult to find archers that fitted with the look of 15th century ones.
The top halves of the archers are from Minart, Zvezda and Redbox, the bottoms from Zvezda
Nags, Zvezda and Italeri. 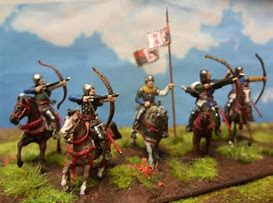 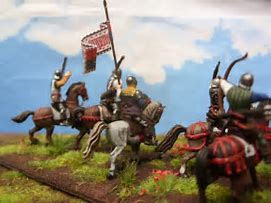 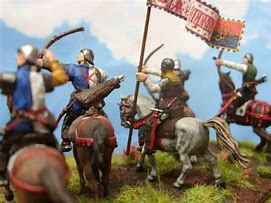 Hello to Sanguemarcio....this time I can say he´s from Minaiture Warfare Blog . He´s only just started blogging (with some lovely 1/72nd medieval posts....good man :-D) but he´s been collecting for years.

Congratulations and 10 points to Paul  from Plastic warriors blog for guessing the sound track from my mini-film...it was Black hawk down and the only bit of the film without incidental musik behind the gunfire.
Hugh from Maverick collecting came a close second with his suggestion of the 9th company . Hugh´s got a few great blogs..one called Small scale world is an excellent resource for everything plastic figure related.
Posted by Paul´s Bods at 06:12 21 comments: