The  4 confederate regiments aimed for are now  finished. Is 80 really enough ? 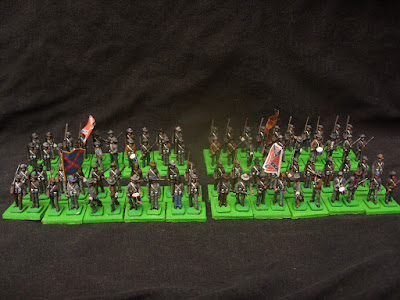 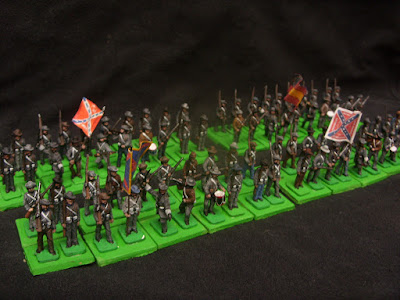 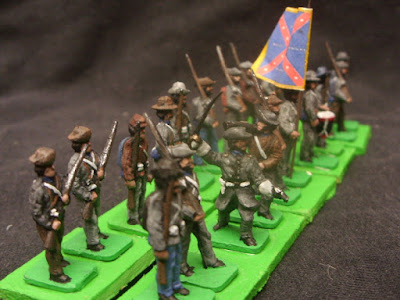 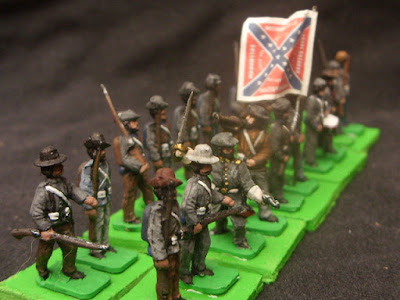 20th Reg. Texas Volunteers. The officer got a head swop. 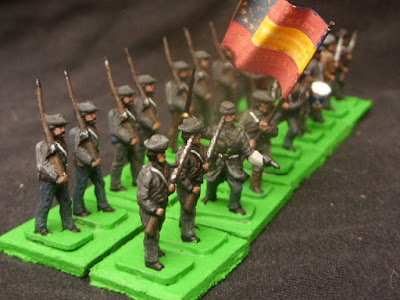 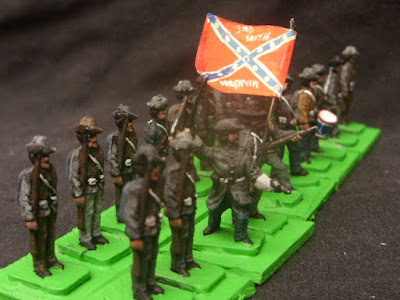 The flag of the 3rd South Virginians came  with a Batch of  unpainted Confederates (thanks Dean :-)) and was already painted and I didn´t have the heart to replace it.
Posted by Paul´s Bods at 04:07 8 comments:

..and, Thanks to Mark I´ve finally been able to add two more limbers to the Project so every gun has it´s own limber. 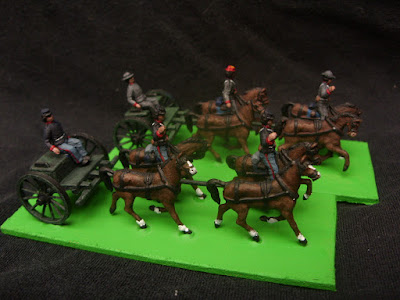 I don´t really Need to add cassions but maybe at some Point I can add rules for re-supplying the guns. 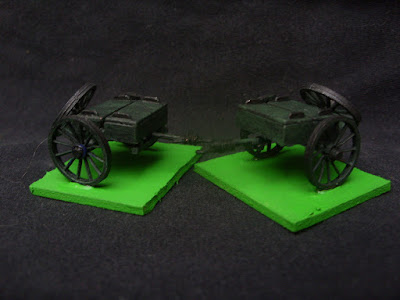 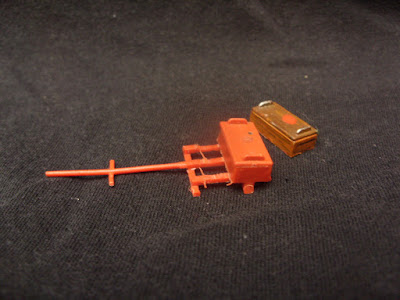 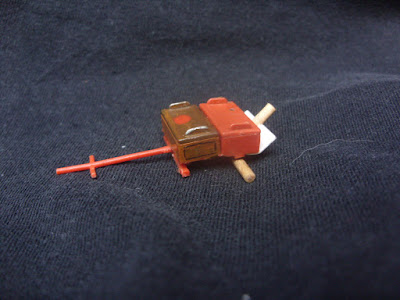 A Piece of Card added at the back and a cut down toothpick to hold the spare wheel. The axle was replaced (one side broke off...plastic rot) with a toothpick. Although I could have, I didn´t add footboards.
I decided not to add nags. There was only the possibility, without a lot more work adding a scratch made trail, to add two so I clipped the trail down and added a loop 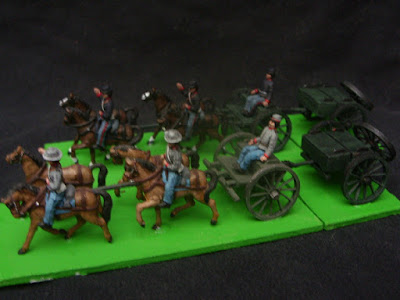 At the Moment the cassions are seperate  but if at some Point ( I won´t stress if I don´t find any) I get hold of two more limbers I´ll base them together as a permanent set up.
Posted by Paul´s Bods at 09:07 12 comments:

2 lots of CSA Infantry (40 in total) finished and based. Another 40 are nearing completion.
Based according the the base sizes in the Airfix American Civil War Wargaming book, 25mm x 20mm for 4 bods per base.
Planned is at least 4 "regiments" per side but more could be added depending on supply of bods and me Holding interest and not getting sidelined into some other Project
One bod is from the Airfix Wagon Train set.
The flags...
At the back, The 3rd Texas Infantry
At the front, The 28th Regiment, North Carolina 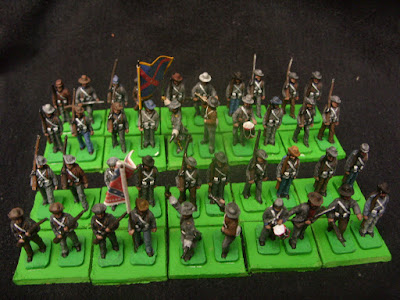 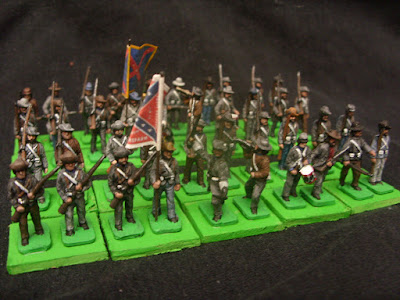 I´m still in two minds as to wether I should spray the whole lot with gloss or leave them matt...

A couple of Hills made from plasterboard offcuts..heavy, durable..and cheap.
Basic shapes cut out, the edges cleaned up a bit  using a fine toothed woodsaw  then glued together with PVA. 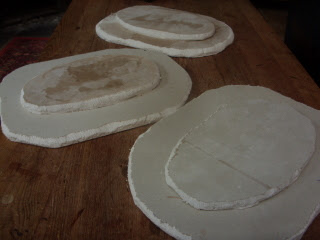 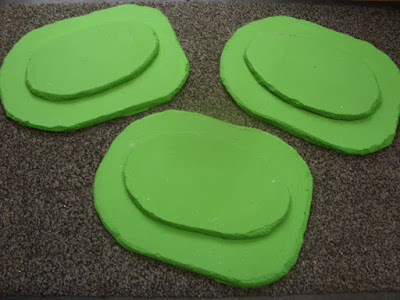