Ever since Strelets released the English Longbowmen set I´ve had it in mind to add another stand of archers to the Bannockburn Project. I´d already made up two stands of welsh archers (HERE and HERE ) and one of english  (HERE) but another stand helps bring up the numbers.
It´s reckoned there was around 14,000-15,000 english infantry at Bannockburn, a large number of those being archers.
The new archer stand brings the foot up to 106 bods, 48 infantry + 58 archers/crossbows,  so at my Chosen Ratio of 50-1 that makes 5300. Still pitifully low than the total needed, I´d have to paint another 150 - 180 bods, but getting closer. 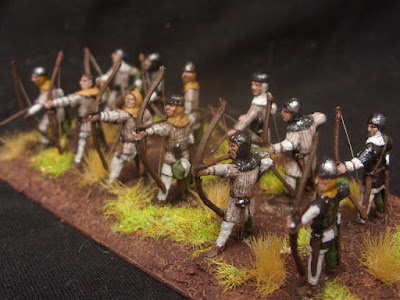 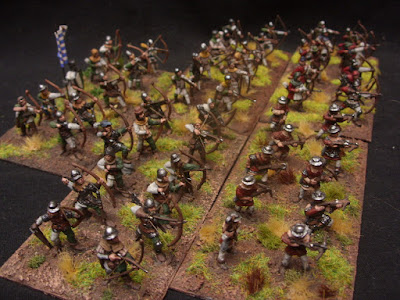 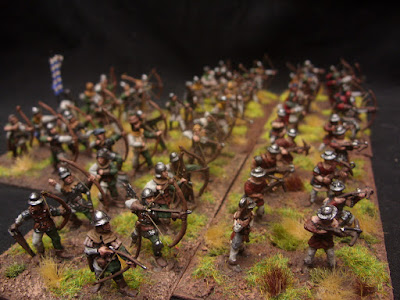 I´m working on  another stand of crossbows using bods from other Strelets sets, not just the Medieval Crossbowmen set. At the Ratio of 50:1, It would be over the assumed numbers of crossbowmen present at the actual battle but it will make an even 6 stands.
Posted by Paul´s Bods at 06:03 16 comments: