...after the 2nd WW, everyone had  signed up to genuine real and Lasting peace on earth? Not a cessation of hostilities for a short period while each and every side vied for new angles on causing friction in order to fill up the arms order books but a genuine   realisation we have the same Basic wants, needs, loves and fears and  work towards a bright future for humankind and the planet.
As part of this permanent peace, there would be no need for weapons, no tanks, no guns and  no need for war planes.
The swords would have to be made into ploughshares..or in this case, Spitfires into racing cars. 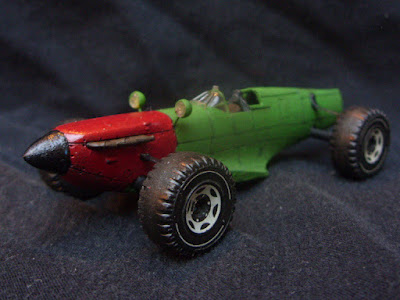 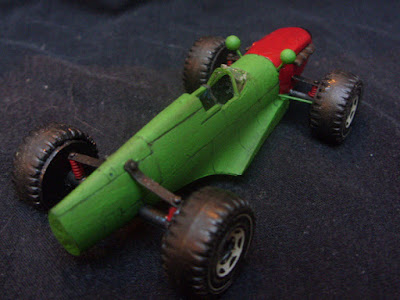 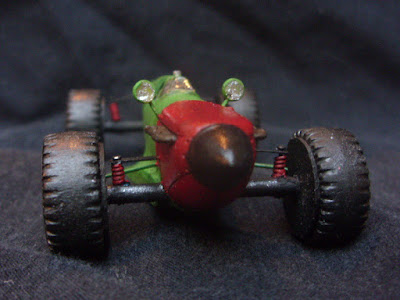 Wheels -  from a bashed up Siku post lorry
Axles - bits of  sprue from the original Airfix Spitfire kit
Suspension -  Florist wire wrapped around Pins
Headlights - two Pins with the bead type head, 1/3rd sliced off.
I left the wingstubs on as they make nice runningboards 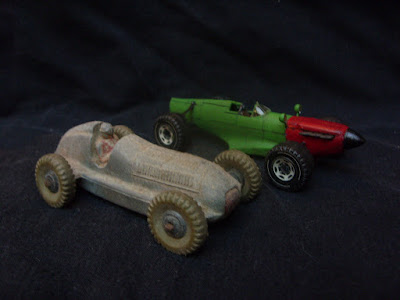 The Inspiration for the  idea Comes from a Toy racing car from my collection..a Mercedes-Benz Racing Car (Dinky Toys 23c)  ....which is celebrating its 66th  birthday this year. It could be slightly older as They (Meccano LTD-Dinky) started making them in 1946, so just after  WWII  ;-)
Posted by Paul´s Bods at 01:42 8 comments:

Email ThisBlogThis!Share to TwitterShare to FacebookShare to Pinterest
Labels: Planes, Weird and wonderfull.

A round up of recent  bits and pieces. 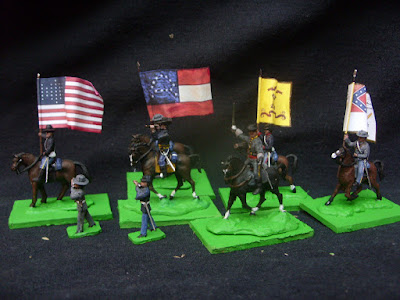 Union General
He has appeared in a previous post but now he´s got a Standard bearer alongside him. The bod is from the Artillery set, sabre sheath added by welding a staple to his side.
The flag...I haven´t a clue whose or what Regiment it is...Looks ok to me though :-) 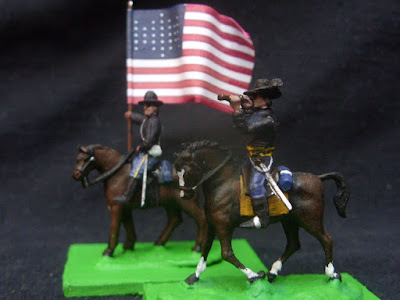 Confederate General.
Top half from the Confederate infantry set, bottom half from the US cavalry set. His Standard bearer is also from the Artillery set.
As for the flag, it´s one I came across whilst looking for possible HQ flags,  General Robert E. Lee´s HQ Flag* 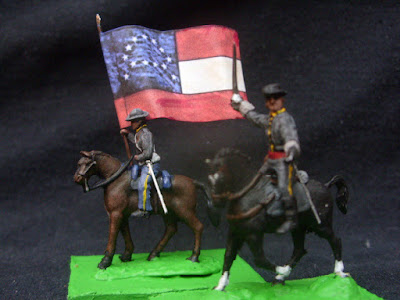 Pipers.
Both of them are from the  Airfix Guards Band set with head swops and staples added as Sabres.
They´ll get based as soon as I work out wether to have them as part of a Regiment or as add ons to a marching column. 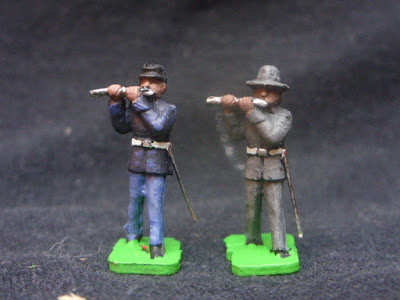 Union officer.
Converted from the Airfix Cowboys set. Staples for sabre and sheath. 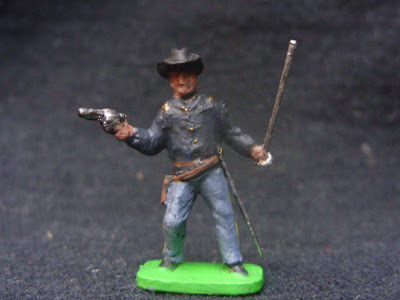 Artillery Flags
I´m not sure how or often the ACW artillery   used battle flags, wether they were carried near the battery, flown when they were on the march or to Signal a central Point like the HQ.
Anyways, I found a couple so it seemed a waste to not have them.
The CSA one I´m not sure about. It seems a bit too Long in comparison to it´s height..or have I made a mistake of using the reverse and front sides as one ? 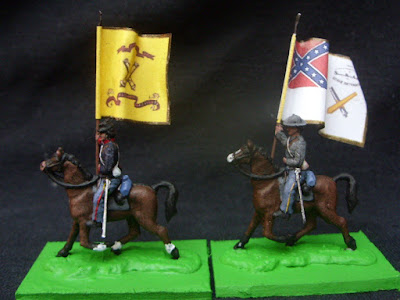 *I know the flags are big but as I´ve said before..this aint no historical reproduction and I like big flags :-)
Posted by Paul´s Bods at 09:10 14 comments: 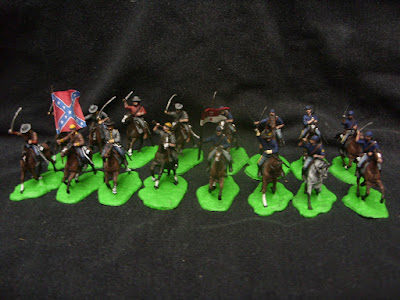 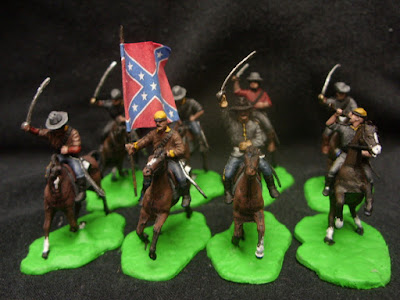 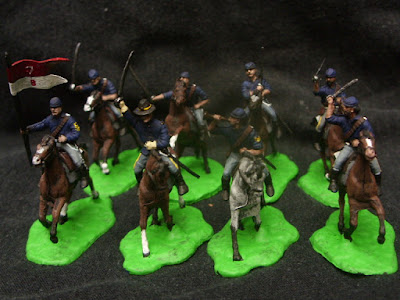 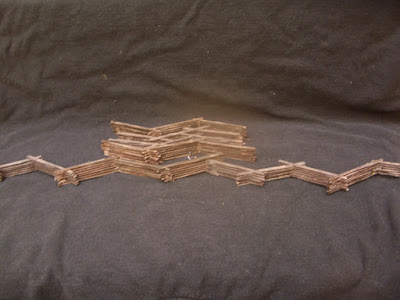 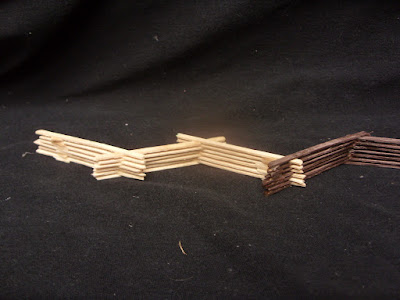 Airfix ACW - A bit of a Bargain

New recruits for the Airfix ACW Project bought at  the 42.Plastikfigurenbörse, Herne.
I haven´t counted them but it was a bit of a bargain, €15 for around about 500 bods, horses and wagons. 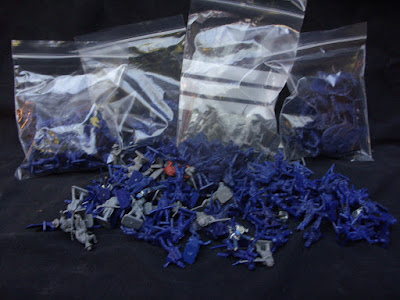 In the bags there´s the marching poses, 40 plus Union, 20 plus Confederacy, 20 1st issue airfix foriegn Legion which will end up as Zouaves. The bods from the first issue set compare better size wise and scupting to their ACW companions. Also a near complete set of US cavalry. The pile of Shooting, running etc will end up being used for/as conversions. 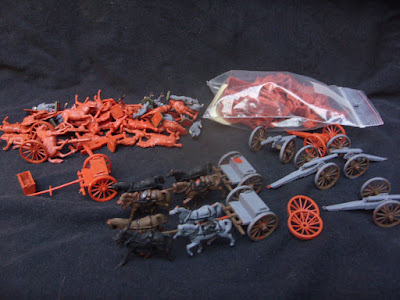 4 new artillery pieces plus two complete limbers. The limber with the broken trail I can use as a cassion and the spare wheels will come in usefull.
In the bag there´s a full set (including the accessories) of the Airfix Wagon Train set! A quick Stress test Shows None of this copy of the set is suffering from plastic rot!
Posted by Paul´s Bods at 09:08 10 comments: 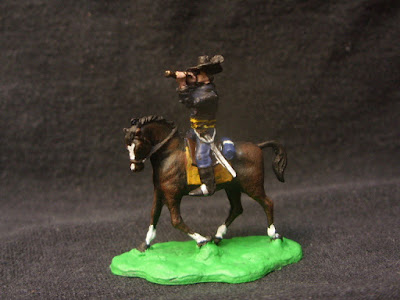 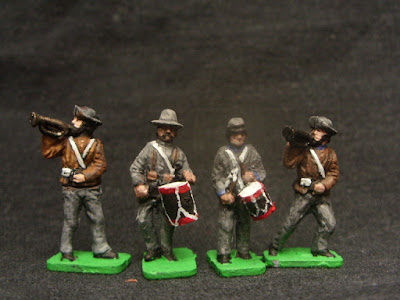 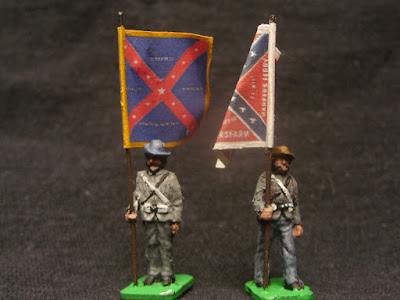