"It´s early 1944, the Invasion planning is well underway when, P.King, Special Agent of the S.O.E, sends back photos of the Normandy countryside. His attached report on the French Bocage gives particular Detail of one part of the Terrain, the Hedrows, a Detail that until this Moment,  the allied Command has overlooked. Furtunately P.King´s report contains a Suggestion which will turn the hedrows into an Advantage. With only months to go a Team of engineers is put together and Operation SH.A.G was Born". 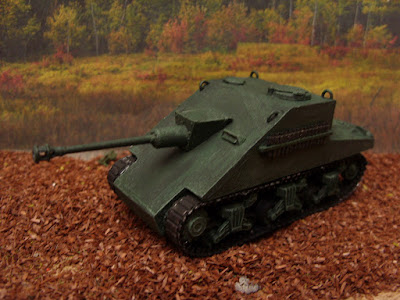 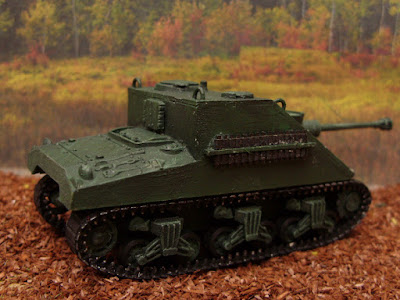 The build.
The kit. The boxart is classic. A spray of bullets bouncing of the hull, the hull MG firing into the sky, explosions, fires..great stuff. 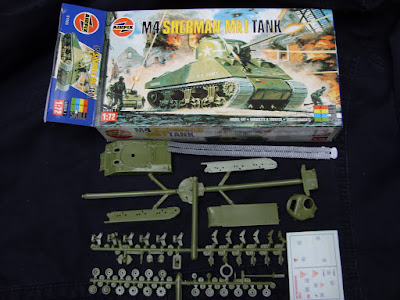 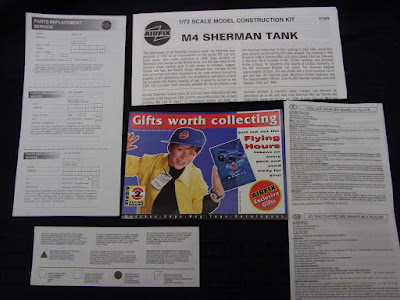 Hull cleared of all the bits and Bobs. At this Point I realised that I needn´t have bothered with removing the turret ring 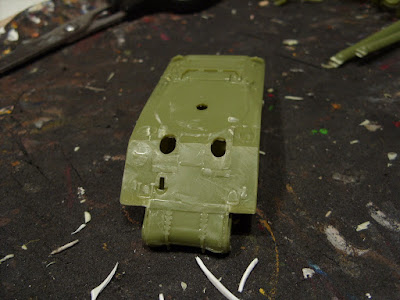 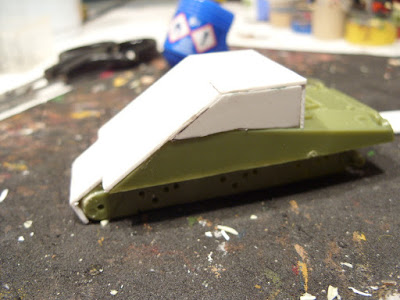 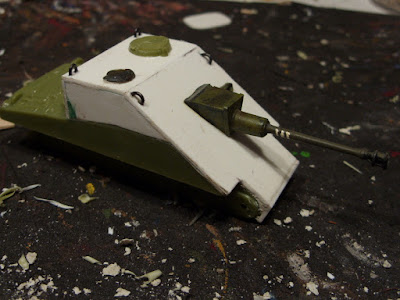 I couldn´t properly fill the line between the new hull and the lower hull so to hide it I added a track rack on each side.
Painting..Basic dark olive green with a couple of lighter dry brushes.


Thing is..was a SH.A.G ever used at Normandy? Answer no. There are a couple of reasons for this.
It was, with the gun mounted as it was, too Long for the available Landing craft.
Also the hull ended up only a couple of Inches lower than the turret Version which more or less took away the Advantage.
Lowering the hull any further went against H&S considerations. The Driver would have to be sat at a slightly uncomfortable "forced" Position which, after a long drivetime,  may have led to back and neck ache. The MGU, (Machine Gunners Union) rightly put in a discrimination Claim which, even though they were reasigned as principle tea maker, was upheld.
Posted by Paul´s Bods at 03:31 10 comments: