Like the Medieval Russian Peasant Levy from Strelets, I´ve looked at them over at PSR and thought "Yuk!" but got both sets after seeing some conversion potential in the Peasant levy set. Not too many conversion possibilites with this set....so far.

One was holding a square shield, that got swopped for a round one.
The javelin thrower had his, what looked like a stiff snake, swopped.
One of the repeat poses has been converted to the standard bearer with a printed flag.

Anyway, they´ve been hanging around waiting for paint  for a while so they´ve finally got some.
Tiny amount of Flash to deal with. 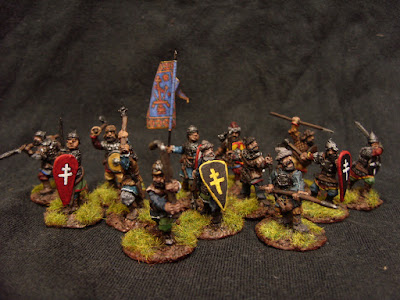 Things for  stabbing and chucking 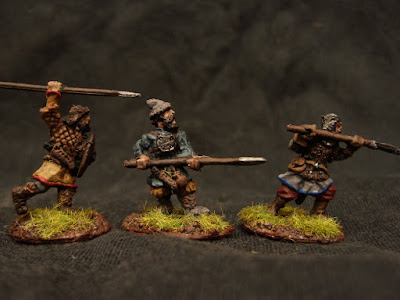 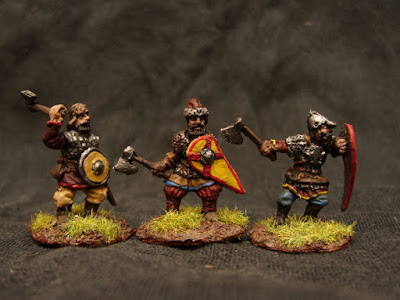 Things for clubbing and bashing 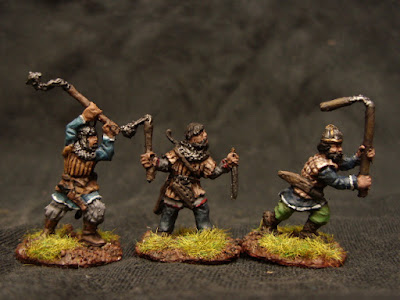 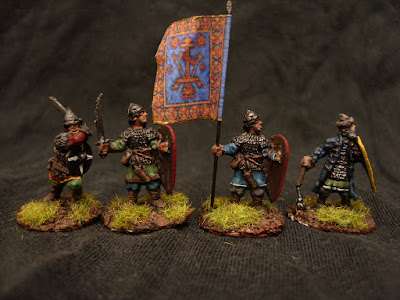