10 of the bods, 9 mounted and one on foot*, are the  "run of the mill" and hard to tell apart Nazgûl / Ringwraiths. each one dressed the same as the last.

Tiny amount of flash, mainly on the nags. The one really annoying thing, the fit of the riders to the nags. I had to remove plastic from the inside of the riders legs AND from the sides of the nags so the riders would sit properly. One or two of the riders still, even after surgeory,   had be put in hot water to have thier legs bent a bit wider. 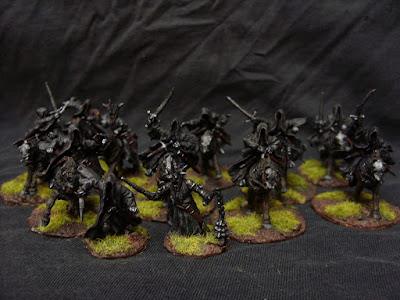 Trying to catch Arwen..Not. She was sitting  at home in Rivendale.  Frodo was alone on Asfaloth (Glorfindel´s Horse) during the chase. 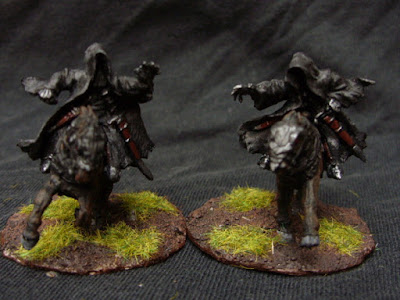 Nags from the side. Two versions of Barding, one on the left with Crinet (Neck plates) Shaffron, the other on the right, only has a Shaffron. All the nags have a small Peytral. 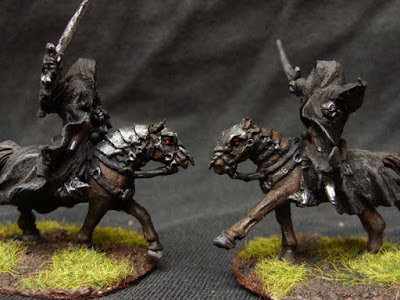 1 mounted and 1 on foot are clearly recognisable Character bods. The one on foot is the Witch-King of Angmar with his unfeasably large Flail. I reckon they could have gone for making him , what?, at least half as tall again. 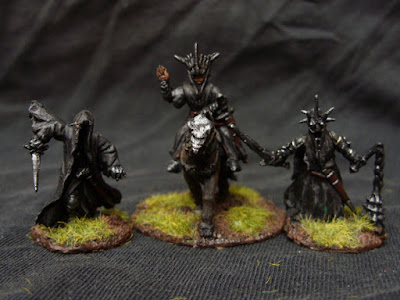 *Possibly also the Witch-King of Angmar or he could be  Khamûl, Shadow of the east, who became leader of the Nazgûl after the death of the Witch-King. It could have been him who stabbed Frodo at Weathertop, there were only 5 wraiths present and why would the Witch-King be out hunting the ring when there´s a war to organise ? 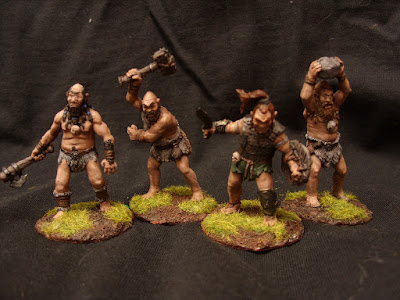 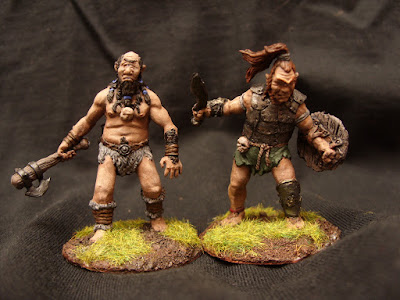 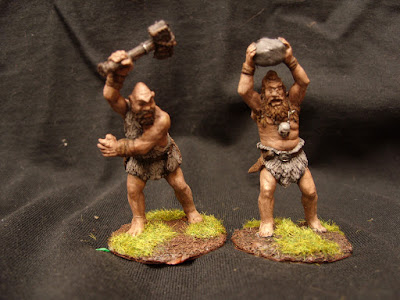 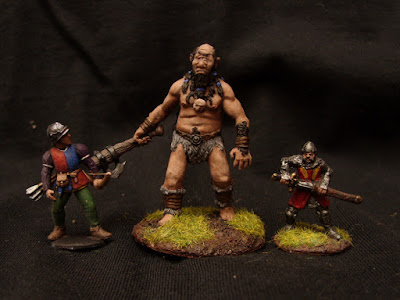