Well, I waited for a few years and then two turn up within a month.
The Zvezda Cog is basically the same as the Revell cog except it has a different stern,  prow (prowsprit) and has the addition of a crows nest.
The crows nest made adding the rigging a bit more difficult than the Revell Version but after a lot of cussing I got it done. 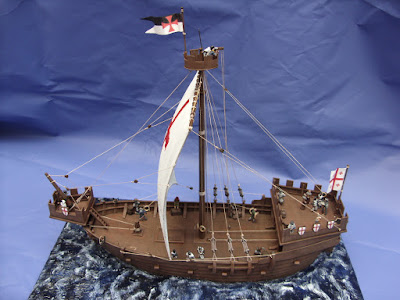 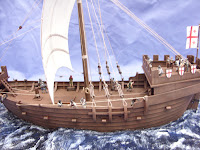 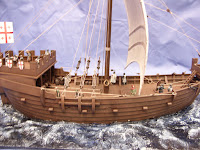 Crew (21 Bods ) is made up using  bods from Valdemar, Ceaser, Airfix and Pegasus 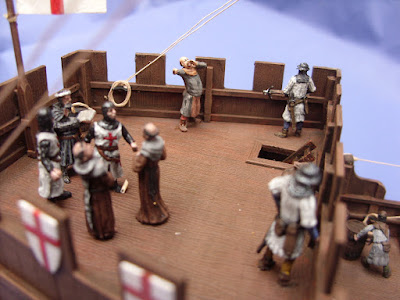 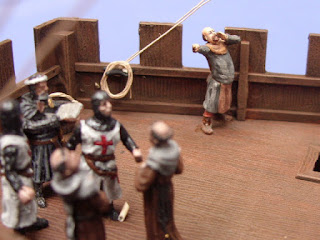 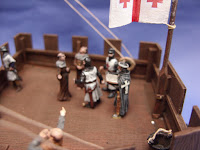 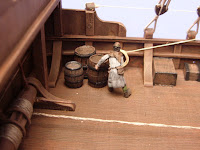 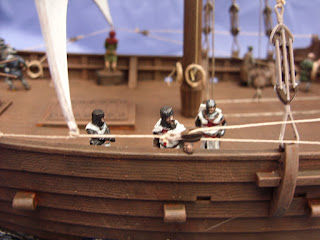 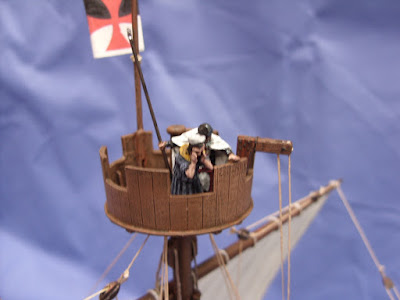 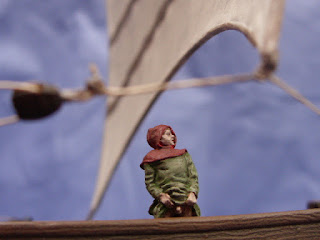 Both ships together "the start of your very own fleet mate" 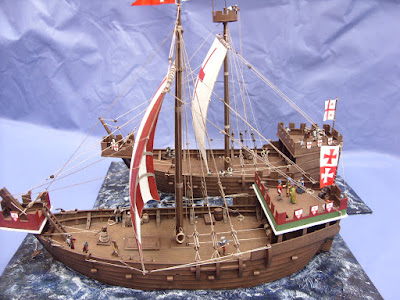 The Revell Cog has a new Crew member 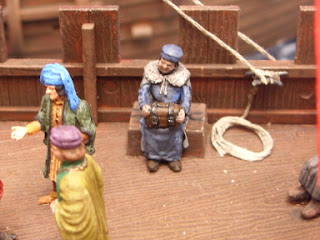 There´s one or two Errors in the instructions.
Adding the prowsprit means the Forecastle cannot be fitted until the hole in it´s deck has been slightly widened. The prowsprit could be fitted alongside Fitting the Forecastle but painting it afterwards would have been more difficult.
There´s no instruction on rigging the odd winch type thing attached to the crows nest. The holes for the hoop attaching the rope from the "odd winch Thing"  to the deck are missing on the actual model but shown in the instructions. No probs to drill a couple of holes but still odd as you have to guesstimate where to put the hoop.
The ladder for accessing the Forecastle is way to wide to fit the hole and had to be drastically trimmed down.