Another  Handfull finished from the increasingly hard to find and  increasingly  expensive Strelets Medieval Britain  set.
I´ve said it before and I´ll say it again, Strelets definately needs to re-issue this lot.
This was part one 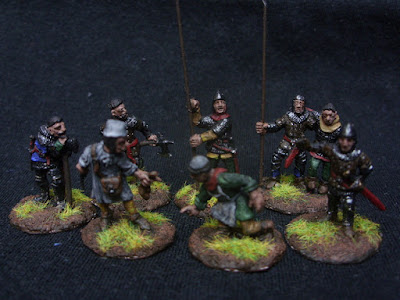 IMHO, the bod hobbling on one foot really has a look of being downcast about his injury. 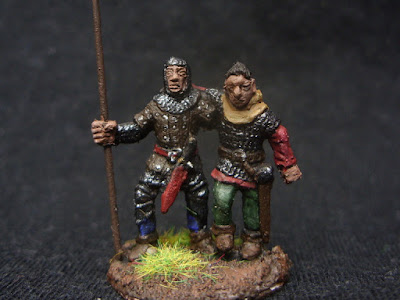 At PSR they refer to this pair as a Doctor and attendant. This is Logical but they could easily be used Cooks or handworkers. 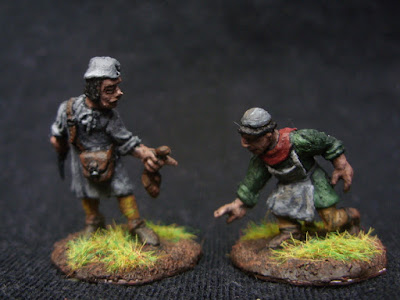 My Axe is bigger than yours. 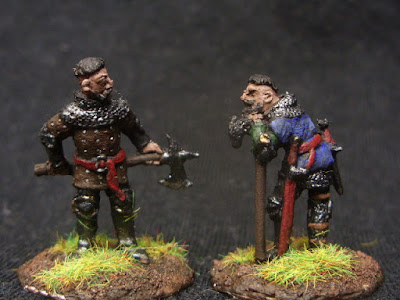 The bod on the left I reckon is supposed to be leading a nag, which, when I find a suitable one (with or without rider) he´ll need rebasing....I loath rebasing!!! 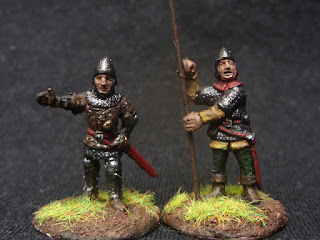