..and friends. The bods are from Strelets Crusader transport 2.
The odd man out, historically, is the plague doctor. Not because of his profesion but his dress. Modern writers have described fourteenth-century plague doctors as wearing bird-like masks but the actual design of the clothing, mask included,  is credited to Charles de Lorme  (1584–1678) chief physician of three French kings, Henri IV, Louis XIII and Louis XIV who invented the design in 1619. 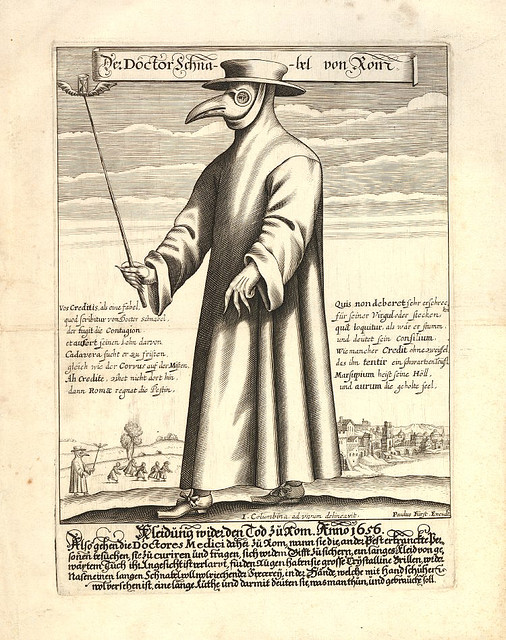 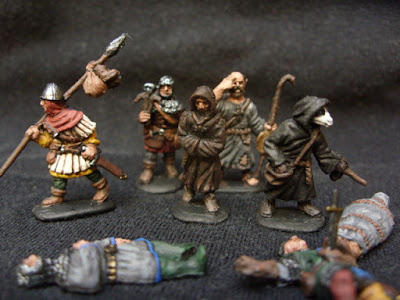 Some of the Bods from the set 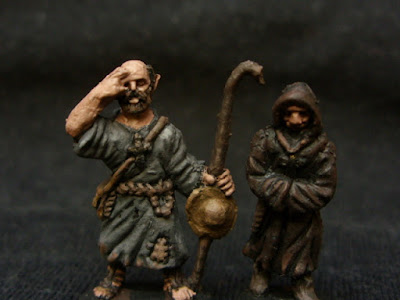 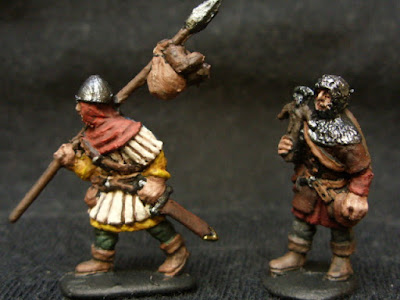 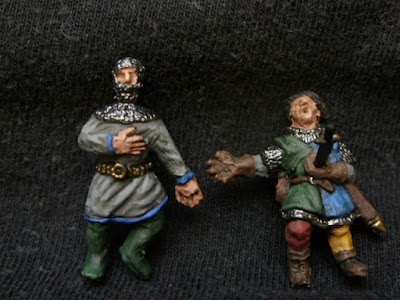 Two who will forever lay by the roadside 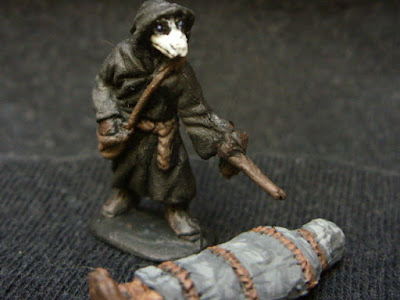 Mr B. Eaky.The doc and a unsatisfied customer