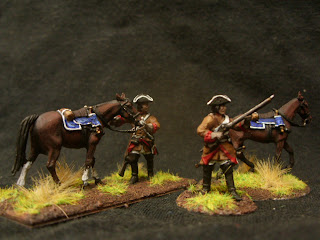 The one tending the nag has had his left arm swopped with one of the riflemen´s arms which has been repositioned so it looks like he´s giving the nag a sugar lump (maybe) and the reins have been cut away from his right hand.
I decided to base the bod "making ready" singularily as it makes him more adaptable and fit alongside the other free standing one who´se aiming/firing. 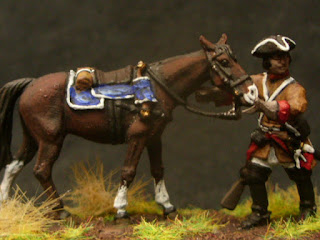 Only a couple of conversions and the command Group to go.
Posted by Paul´s Bods at 05:04 10 comments: