The queen is the Joan of arc from Odemars Leaders set.
I removed the axe at her belt, and replaced the flag and flagpole. The design on the  Flag is apparently called the unity flower, so works well for a leader of different tribes of elves.

The trumpeter is from the Zvezda Russian knights  which, IMHO, is a bloody awefull set of bods, the trumpeter being the only pose having any use. 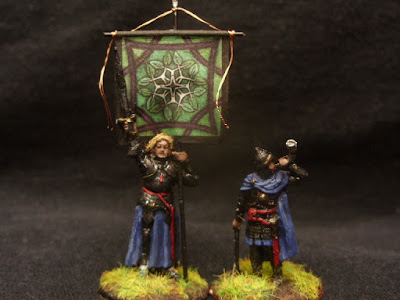 The elf wing of the "light alliance" army so far. 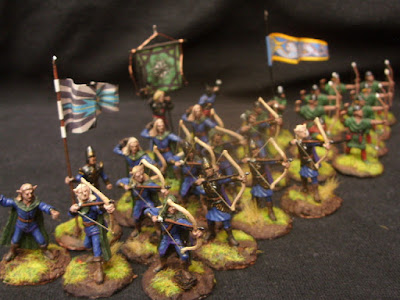 I might add the RedBox  elves but only the archers as   the bods don´t look that good in any of the pics I´ve seen
Also a front line of fighters Needs adding...dwarves are the most popular choice at the Moment.

And..another Addition to the household. This one has been hiding in the Woods for the last couple of weeks, daring to get closer and closer to the house, tempted by bits of Food left out and  until cold and possible Exhaustion, made being indoors more acceptable. Yesterday, she allowed herself to be brought inside.

Exhausted, Deaf , old and thin, she (it´s a female) was, after a nights rest and tick removal,  taken to the vets where we we´re given two choices:
1. She would be transfered to the local  home for strays, all vet bills covered.
2. We take her on and also the resulting bills.

Considering her Age and fraility, who would want to take her from the strays home..the Little of what future she had left looked bleak....so only one choice was available.
She has a new home with us :-)
She´s An estimated Age of around 15 (75 in human years), virtually no teeth and dehydrated, definately deaf...oh and she´s a British short hair..ironic really.
After  blood tests (the poor Thing had virtually nothing left to give ) it turns out she´s perfectly Sound internally, so a vitimin B shot, a spell on a drip to get her fluids up, Special Food, 4 hours of watching "Vets TV" (I didn´t realise there was such a Thing)  and a decent sized vets bill, she´s now  back home, eating and cleaning herself  and is looking a lot more happy. 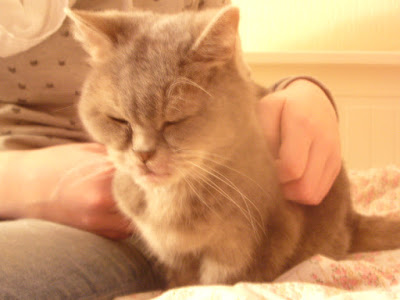 The Airfix Robinhood set is, IMHO, one of the best sets as a base for conversions followed by Accurate´s  Hundred Years War English Men-At-Arms and Italeri´s Roman Infantry (I got 40 different poses out of the 3 Basic legionary poses).
This lot have had headswops using the heads from the Revell Anglo-Saxons set.

Some more piccies of the dio.
Prisoners  (possibly Lithuanians) in the main square 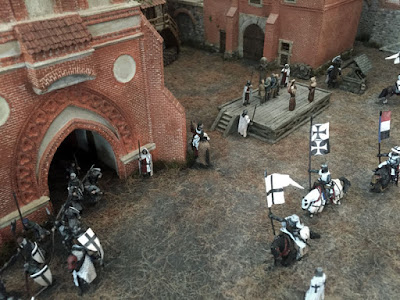 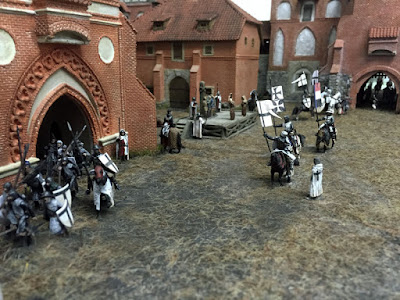 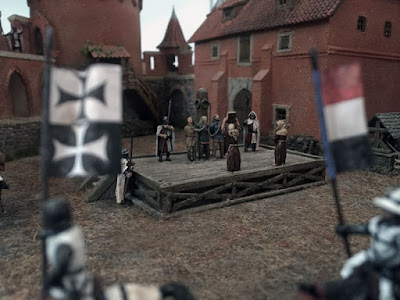 More of the Market place 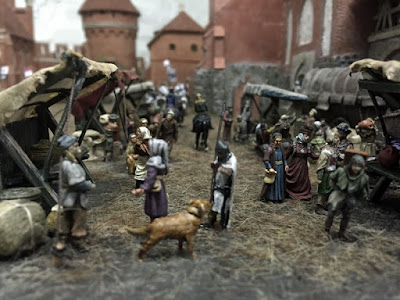 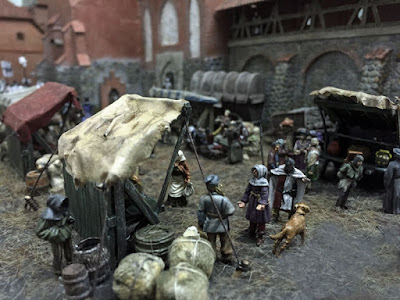 A new winter guest.  The local hedgehog protection Group phoned up asking if we could take in a small (in the photo he weighed only  200 gramms) and feed him up.
He now weighs nearly 500 gramms :-D 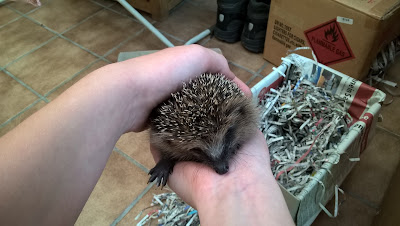 Wolfgang has started putting the dio together, testing Placement of the bods etc. 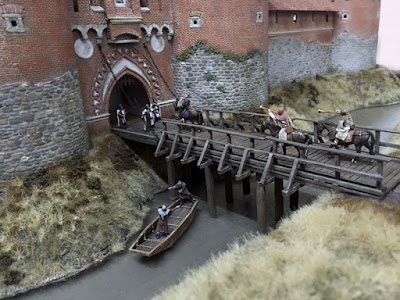 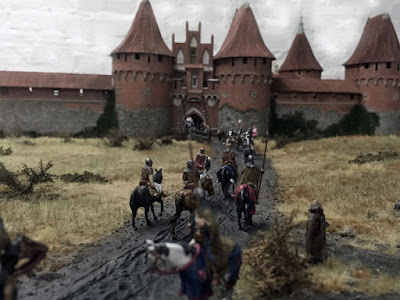 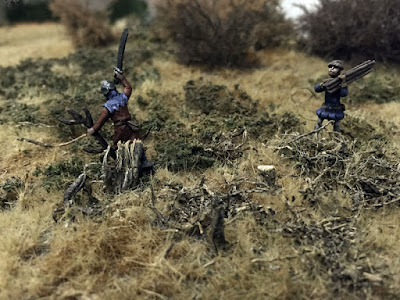 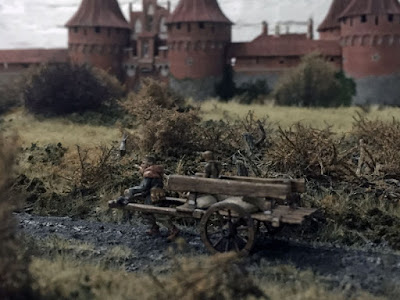 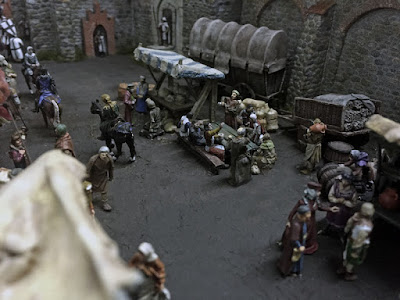 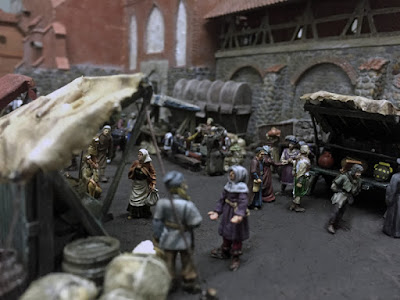 The guards (in red/White)on the Bridge and hiding in doorways at the market I haven´t had time to Show the pics. They and  other pics of the dio in Progress will follow.