This lot come from  the two big box set, Stamford Bridge . As noted in the review, they could work as either Vikings or Saxons but I´ve employed them as Vikings. 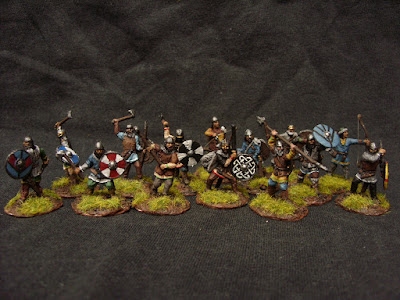 Three I´ve painted the shields with Lagertha´s Colours and... 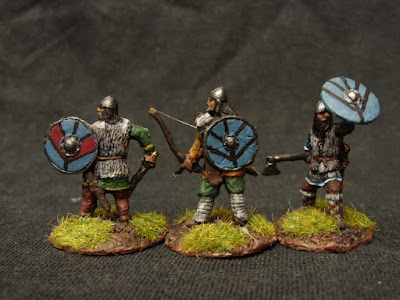 .. another three in the Colours used in the Vikings series for Harald Finehair´s faction. 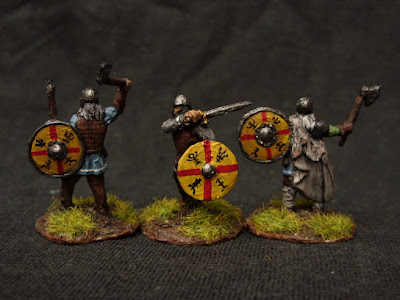 Half the set use axes as thier main weapon, and at least half the set could be Bondi. They can´t be formed up to create a Skaldborg (Shield wall) but can be added to the Strelets Vikings set which has all the bods posed with thier shields facing front.

The bod on the Right, his fur cloak is interesting as it has a wolf´s head over his shoulder..or have I interpreted it as so? 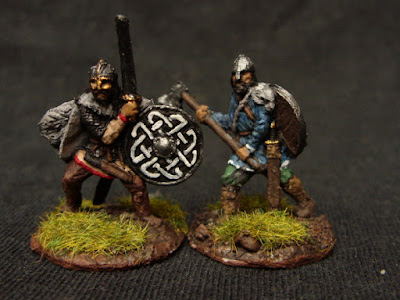