Making single (detached ) buildings is ok, but it doesn´t really create the classic "higgle-piggle mix and match" look of medieval streets (like the "Shambles" in York) and it saves a bit of work as creating single "stand alone" buildings means designing, creating and painting  all  4 (at least) sides.

To save a bit of work and to introduce the "higgle-piggle mix and match" look ,  I´ve come up with an "front and Back, add as I go" Approach.

This is the first building which I can then add more to..based on number 1-2 Broadstreet, Ludlow. The plan is to add a couple more (so there´s 4 or 5 to each side) to the left and right, then add another couple of Corner buildings and eventually  create a square and base the lot with added courtyards, outhouses etc in the middle.

The sides have been left free so other buildings can be added..........

.....like this  building (not based on any real life one)

..and a Barn with house attached.
Okay, I did plan on making a building based on either ...Stokesay Castle gatehouse or Bayleaf farmstead next (sorry Ray, Bayleaf farmstead is coming at some Point) but the church caught my eye and the barn was half finished anyway.

The barn with attached house is purely made up......and the gates are large enough so a carriage can be parked inside.

.and even though I can´t see a bell in any of the pics from the web I assume there is one.

In a medieval role it will be used as a church but for my Imagi-Nation of  Bodstonia it will be the local Meeting hall ..and the bell will become part of the narrative as the "Oak Bell"

This one proved to be a total headache..not only the fact it has Jetties on three sides  but the open area underneath and the shape of the Roof!! Adding the tiles/shingles was "fun".

As ever..the planning stage.
It started well but as it went on the positioning of the uprights on the top two floors had to be changed three times and trying to space the large Posts for the open area took half a dozen attempts.
Worse came when putting the finished walls together......First, some idiot had forgotton about the jetties  between the bottom and second floors for the side walls. Luckily it´s not the whole length of each side so a Piece could be added.
Then due to the small supporting area of the ground floor, the upper floor sagged towards the front,  similar to a concertina,  which meant adding extra bracing pieces inside.
Then..as the Roof was being added it caused the front and back walls to bow inwards which meant adding even more internal bracing pieces.

Underneath.
I´ve left out a couple of crossbeams and (it can just be seen in some pics on the web but not 100% clearly) the "kingspost" , which should roughly be (in this model) near the middle but it took up space and wasn´t necessary so got left out.

What next?. A break from houses...maybe?
Or...Stokesay Castle gatehouse or Bayleaf farmstead ? Or a freestyle made up building?

As with the "King John's" Hunting Lodge -Axbridge  some bits and pieces have been altered..the White shop Windows for instance or the Stone base and the rear and right walls (In real life they are attached to adjacent buildings) are entirely made up.

Roof tiles/shingles and Dragon Beam Ends plus Dragon Posts added.
The Roof has roughly the same surface area as the King John´s Lodge but this time I added 9-10 rows of tiles instead of 7-8 (reduced the area of overlap)
It means more  snipping  but the result is better.

Basically this one is a mirror Image of the King John's" Hunting Lodge -Axbridge  building (the jetties are on the other side) which makes it good for creating a "Dark alley" Scene.

Next one? The Guildhall, Thaxted  looks interesting..
Posted by Paul´s Bods at 01:43 4 comments:

"King John's" Hunting Lodge -Axbridge  or as near as I could reproduce it from photos found on the web.
Re-creating a reallife building is way more time intensive than just making one up, measuring etc so it will end up looking near enough in porportion (the plans below) but the result is, IMHO, way better.

I´ve made a couple of changes from the real life Version;
1. The shop Windows I made smaller as the construction was impossible using Card.
2. The back wall and right Hand wall I´ve made up , the original back wall is a massive Stone affair.
3. I´ve left the chimney off.
4. I left off the fretwork above the Windows.

Basic history and info on the original can be seen HERE

I reckon I´ll Need to add a Pub to the town, so I might have a go at this one,  Leigh-Pemberton House,

What can you do over the Weekend whilst drinking red wine and watching films? Build some generic medieval houses that´s what :-D
I never really liked the look of my first medieval village and needed something that would be usefull for Bodstonia as well as a medieval Setting so..a couple of Shops and generic  houses later...

They fit well enough alongside my two Fredericus-Rex houses

They are easy (and quick) enough to make. Thick Card, ruler, pen to make the Patterns. The two three storey ones caused a headache or two but now I know how to create the "overhanging floors"  it´s easy.
A  sharp Hobby knife, scissors to cut them out and woodglue to stick them together.

Walls painted with acrylic wall paint, the lead glass made using strips of fly net with bits of CD case glued to the back, roofing and walls printed and glued on with Prittstick.

Is an Attack immenant? Will the Forces of Bodstonia clash with the natives? What will become of James Forrester and Adahy?

The last part of the tale HERE
Posted by Paul´s Bods at 09:44 No comments:

The Winds of war?

What´s this? A Meeting of the great and good of Bodstonia. A War council  Perhaps??

The "Burning Dispute" is continued  HERE
Posted by Paul´s Bods at 05:15 2 comments:

Another bit of my Airfix napoleonic excursion. This time the 40 year (plus) old R.H.A set
Originally painted as part of the "paint every pose of every figure set airfix has released" quest and made up as a dio as seen HERE, all I´ve  done is rebase them. 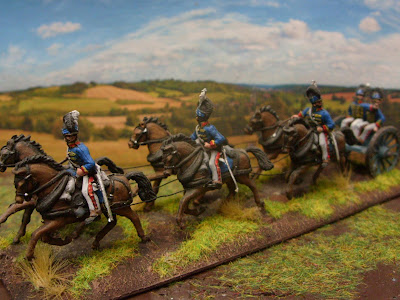 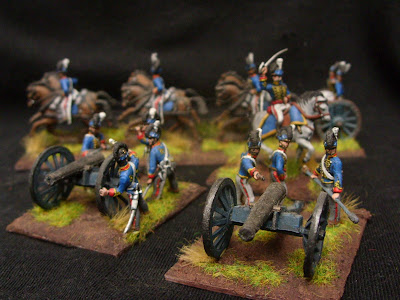 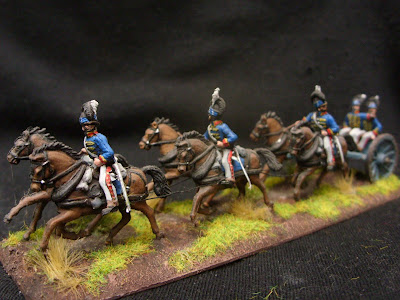 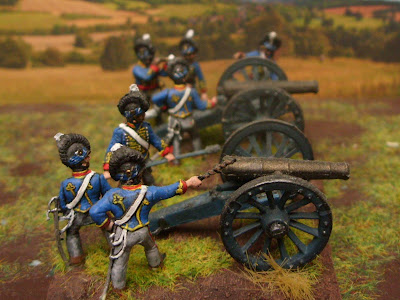 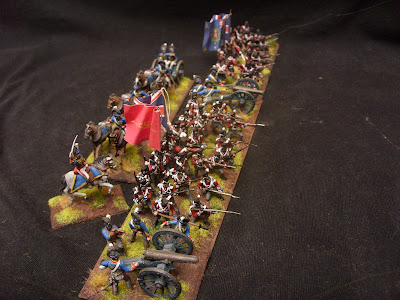 I think that is enough Napoleonics for  now.
Posted by Paul´s Bods at 02:17 14 comments: