A nice suprise:-D
This pair of buildings turned up on my door step on monday kindly sent by Thorsten Burgdorf. Brand new in the range of buildings and they are available  HERE.

The woodwork effects look excellent, especially the wattle on the gable Ends of the barn.

Entirely made from resin,  easy to construct and paint, they have the same dimensions as the other Medieval houses (or other era houses) from the same range, which means all the bits and pieces, walls, gable ends, etc can be mixed and matched. 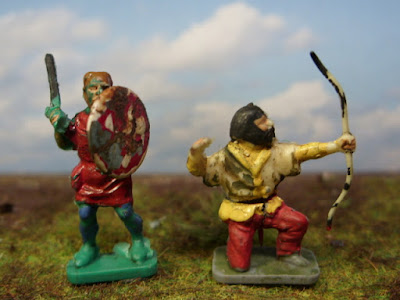 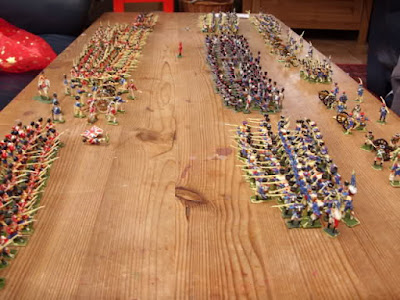 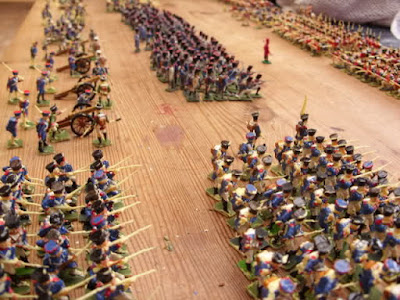 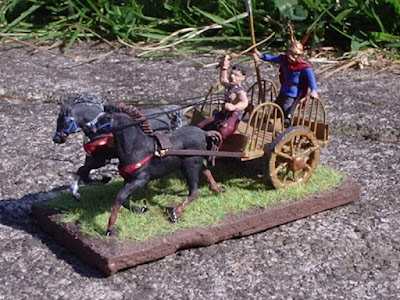 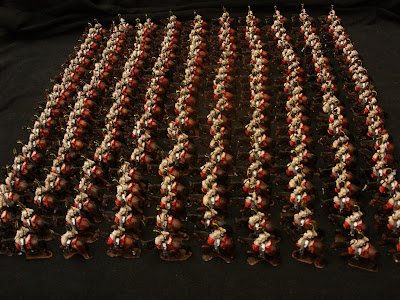 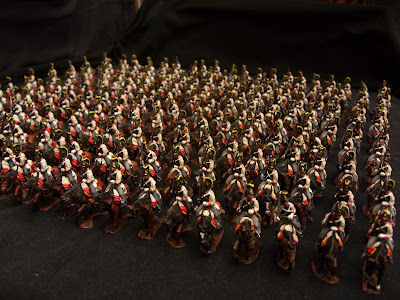 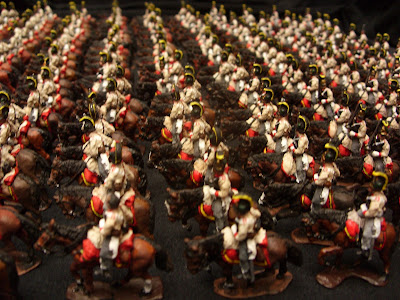 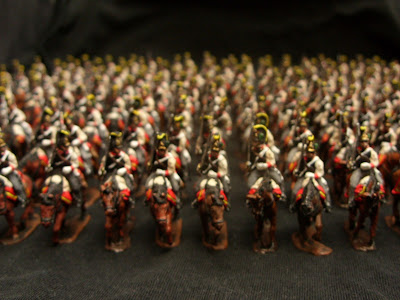 Finally the carriage can have a "crew" added.
The bods are from the Strelets Crusaders on the march set.
Carriages for transporting people didn´t come into use until after the medieval period but seeing as virtually every medieval film, even those that claim to be historically correct (the Tudors series to name but one) I think my bods are allowed thier comforts as well.
gg
Posted by Paul´s Bods at 04:34 15 comments:

The start of two medieval armies. The plan is to use mainly Strelets/linear-b bods and build both the english and scottish armies before the 24th of June 2015, the 700th anniversary of the Battle of Bannockburn.
The mounted Knights and welsh archers might prove a bit of a Problem but at least it´s one project I´ve got every chance of bringing to a close and on time :-D
How many bods will be painted? If I take the lowest number of troops that anyone reckons were there, 5000 for the Scottish side and 14,000 for the English, divide by 100 then 50 and 140. Doesn´t Sound a lot. eh? Ideas??
Bods used so far;
Foot Military Order Knights
Military Order Warriors
Medieval Levy 1
Medieval Levy 2
The shields. I´m certainly not going to paint every Lion and Leopard on every shield so.....

10 bods in the set...and to be honest, a LOT of flash! On 2 of the  4 sprues in the set I got some of the bods were surrounded with Flash. Over at PSR they seem to have got one of the good sprues (Here)
Still, when the Flash is  removed there´s some quite nice bods buried in it. A lot of them are quite generic looking and fit well alongside  other WotR´s bods.
The other figs, with conversions

Now the last bod, the musician.
Bagpipes seem to have been used way back in human history and I´ve found a couple of references to them being used in warfare but nothing really definate. They turn up in Medieval manuscripts as far back as the 12th century (a collection of manuscripts with Bagpipes in them HERE)

Here  is the Sound of a reconstructed set  of a medieval  German Bagpipes called  "Hummelchen" (Little bee)  It has some similarity  to the "modern" sound of a set of Bagpipes.

Spartacus   finally lost the Third Servile war and was killed at the battle of the Siler river and  the Retribution taken upon his remaining  followers was swift and terrible!!!


This Scene from the 1960 film, Spartacus. This scene   captures the  powerfull and  menacing look of a Roman Legion.
Posted by Paul´s Bods at 03:46 18 comments:

The set contains 3 sprues. each sprue  with 3  foot and 3 mounted bods (Two horses and one mule). Not really a lot of vareity pose wise but they are nice looking bods and a good Addition to the El Cid Range. A slight oversight in the set..the mounted horn blower doesn´t have any stirrups.

Even though there´s so few poses, there is still scope for conversions, especially using bods from the other sets in the series.

The horn Player in the middle has new legs from the bod from the Almoravid set.  The Horn Player on the far left (bottom half from the Standard bearer)  will become a new member of Ben Yusuf´s Black Guards.

The final conversion..the  Standard bearer on foot now becomes a mounted Standard bearer. .
And some very good News for fans of  1/72nd Medievals..Linear-b is planning to release sets of Tudor period bods!!!!!  The masters look excellent and can, along with a new set of Zombie Pirates, be seen HERE
Posted by Paul´s Bods at 08:20 15 comments: