Not a bad set,  12 bods with some interesting poses
As  noted on the PSR write up, no bare chested warriors (apparently they liked to fight bare chested)  and the bod who is meant to represent Tecumseh is repeated 4 times so, along with the crawling bod,  a bit of a waste.
At the Moment I can´t see any decent conversion possibilities but maybe at some Point I will so one sprue is Held in reserve, the  Two  extra sprues have been put on the "Bods - Sale/swop" page. 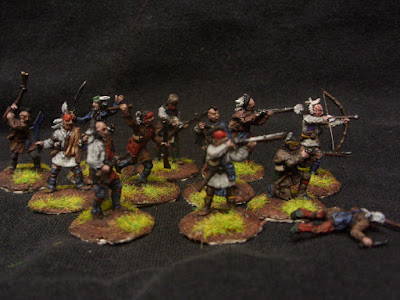 The strelets bods are 22.5mm, the Italeri ones 25mm, the 1.5mm height difference seems a lot when each make is compared alongside each other...… 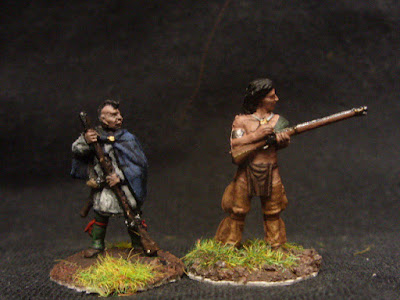 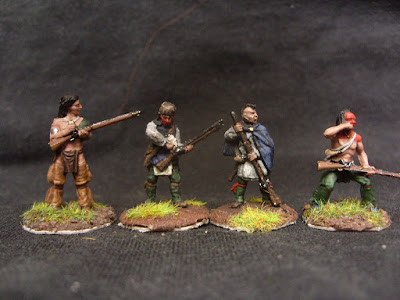 ....but mixed together, the height difference becomes less apparent and  they make a decent looking warband. 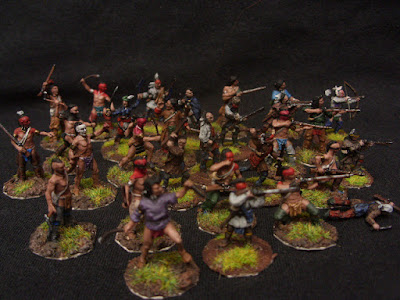 …. The man himself, Tecumseh (middle) 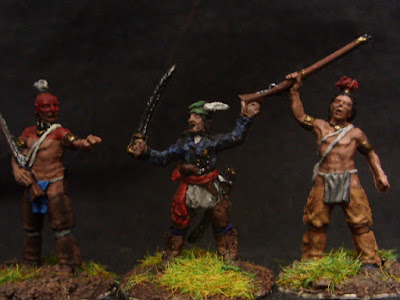 The man himself, Tecumseh (middle)


Would be nice if Strelets made a Woodland civilian set or two. The Imex Eastern Friendly Indians set is very nice, but at 26mm tall,  they are giants, especially in comparison with the Strelets bods,   ...and the set is hard to find.
Posted by Paul´s Bods at 07:48 12 comments:

Email ThisBlogThis!Share to TwitterShare to FacebookShare to Pinterest
Labels: Federation of Bodstonia, Strelets

Finally my head is getting clear and it´s back to painting etc.
First up this year, (apart from a Roman Villa and a couple of other bits) Something not on the "things planned for 2016" a Reconstruction of the Airfix Fort Sahara into a Monastery..usefull for a wide (or wider range) of periods, from early medieval to modern.

Basically, the idea Comes from Robert and his excellent Remodelling of the Airfix Fort Sahara into Le Monastère de Zinderneuf . 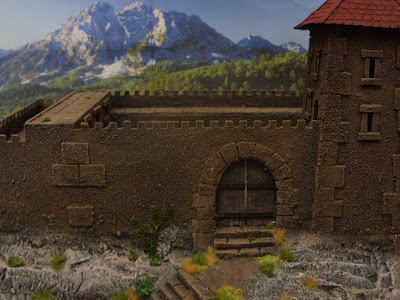 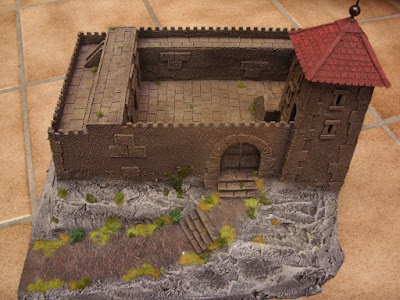 Some pilgrims are coming to visit… 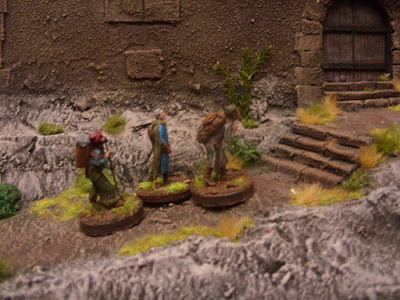 ...whilst inside, the Monks are either discussing what´s on the menu...… 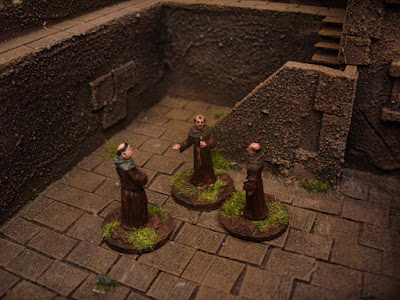 ..or maybe wether Brother Cedric´s Attire is quite appropiate 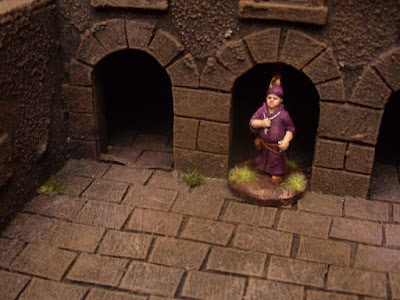 The re-build.
The original box with Contents. 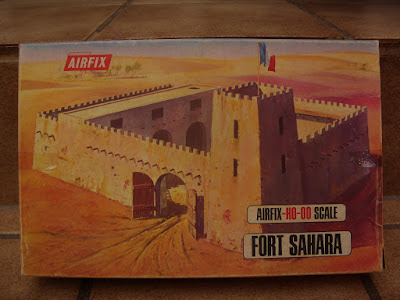 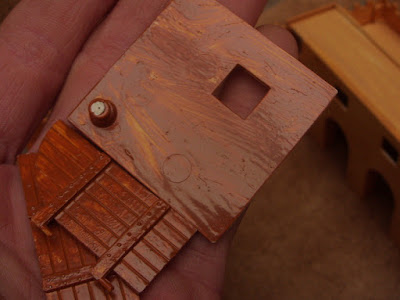 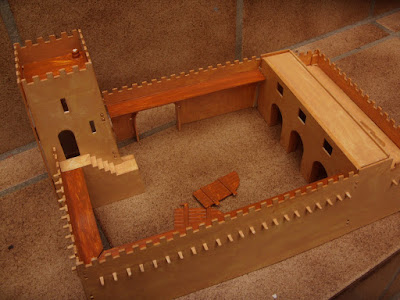 Sanded down, the Little stubs of beam Ends and the door hinges removed. 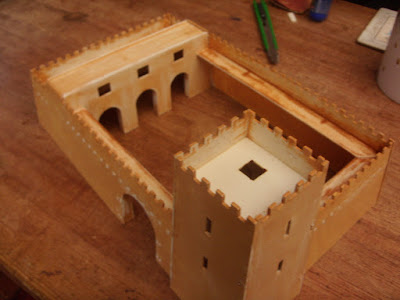 The stairway is in a bit of an odd Position, anyone running down would stand a Chance of crashing into anyone coming out of the bottom door,  so it has been re-positioned 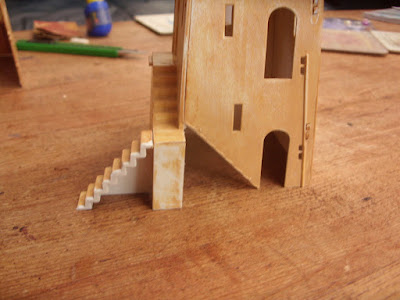 Addition of Quoins and brickwork around the doors and Windows 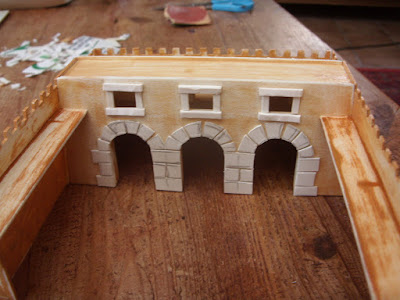 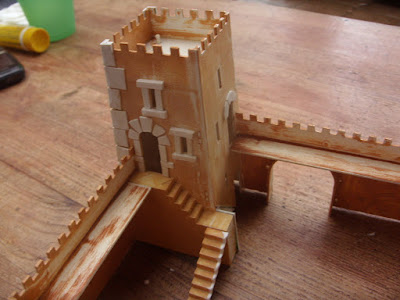 Stairway fixed in it´s new Position...more brickwork added, a start to adding stonework to the walkways. 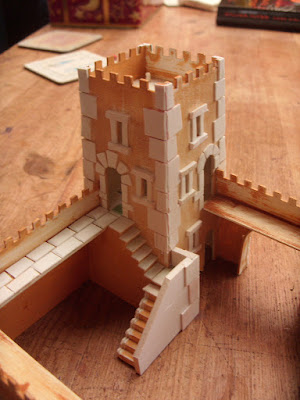 The internal walls added. The bottom doorway gets covered over but it´s not much of a loss and was part of the plan anyway...and the main reason for altering the Position of the stairs. 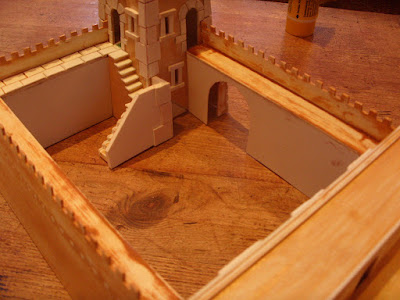 Finally all the stonework/paving is finished 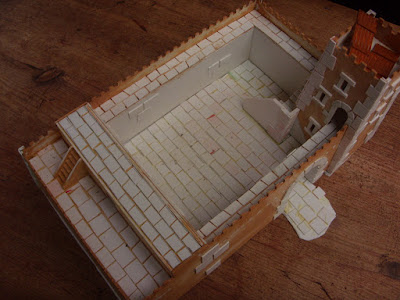 Walls smeared with a thin layer of PVA and sprinkled with fine sand, basing added. The Paving outside of the doorway had to go. 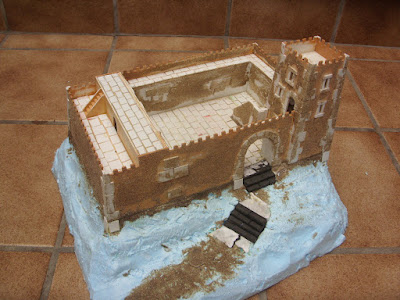 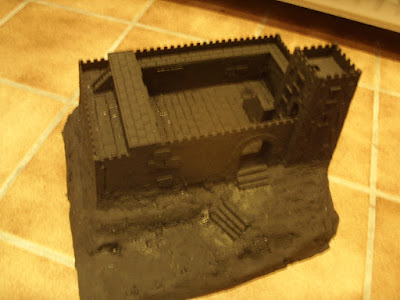 Base coats and some weathering 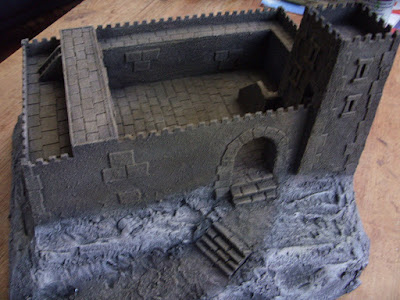 Roof for the Tower, which will be removable. Scratchbuilt from card with a bead and a toothpick 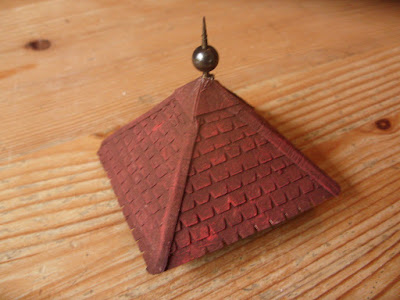 Doors re-sized. I´ve scratched them up to add a Basic grain effect and cut bits off to create a "used" look. 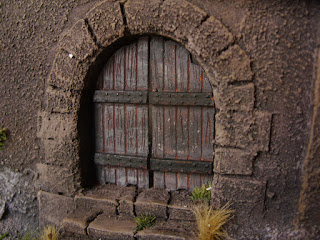 Road and steps up to the Castle/Monastery

Little tufts added to the paving 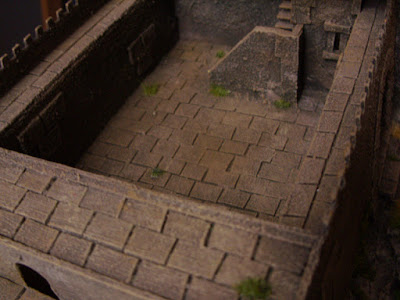 I might add some other bits like a well, small storage hut, Garderobe but when there´s time

Just about recovered from last years Flu and the effects of sinusitus..so not really capable of creating something new, I´ll  recycle a pic from a couple of years back

A Quick Review;
Apart from the Blog reaching a Million Hits and me getting the (happily) boot from facef*ck,

Plans so far for this year;
A Roman Villa
Finish the last 6 Seated Knights
Paint up a Hussite camp
Finish the Medieval / Bodstonian town (another 10 or so buildings)
Base the Medieval / BodstonianVillage
Build a 17th Cent Meeting house /Fort
Paint every pose of the Airfix Afrika Korps set
Paint the Strelets Tecumseh set
Scratchbuild a "Medicus" wagon
and a couple of Weird and wonderfull scratchbuilds, but they are Secret at the Moment
Posted by Paul´s Bods at 07:09 10 comments: