Finally the planned two stands of Camp followers are finished.
I went for a  miserable woe is me  look, a huddle of miserables trudging along at the back of an army, too lowly and unimportant  to have any sort of armed escort. 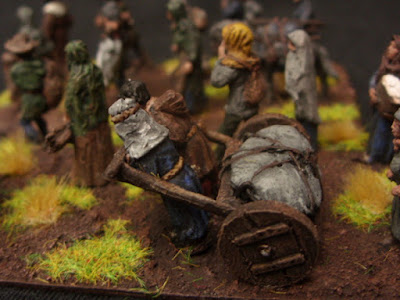 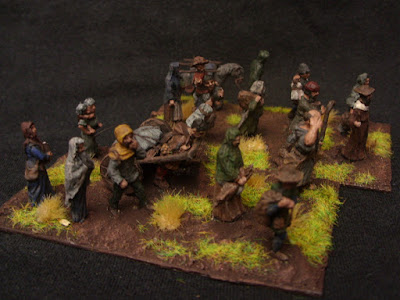 New additions
The man with a child on his shoulders and the pair pushing the wheelbarrow are from the Strelets Crusader Transport 2.
Would have been pushed or pulled ? ..Logic seems (to me anyway) that , like a horse powered one, pulling it would make more sense.
The bod sticking his finger up his beak is from the same set but has become a pedestrian after a lower Body swop. 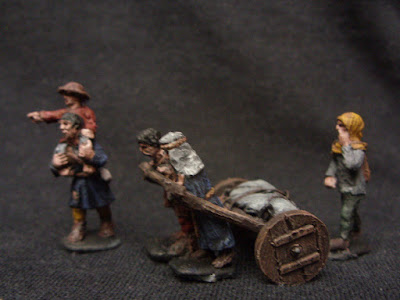 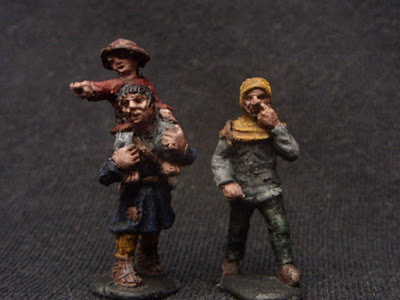 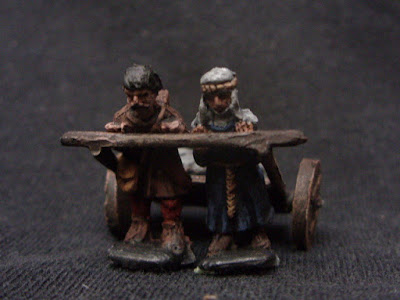 The cart came with a single box as the load  which is small and doesn´t really seem to Warrant the use of a  wheeled platform. It would make more sense to load the Contents of the box into two sacks. Also it was meant to have  spoked wheels. Seeing that These are peasants,  I reckon it´s slightly unrealistic. The load I replaced with some toilet roll soaked in  PVA, The wheels are  from the Airfix Ancient Britons set. 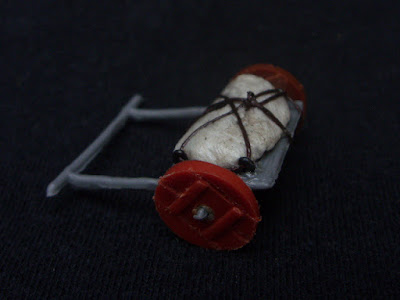