The OOB set has 12 poses to which I´d added two conversions already, as can be seen HERE
Back then I reckoned at least another 4  conversions were possible...so here they are. 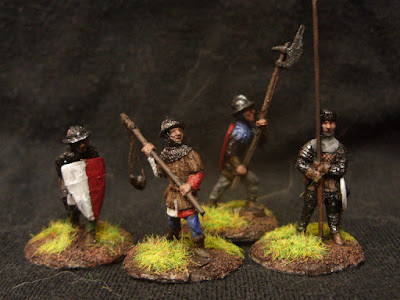 Left.The obvious and not much of an conversion, swopping the flag for a spear.
Right. Adding a halberd from the MiniArt French Knights with Assault Ladders set to the trumpeter was a bit more complicated. 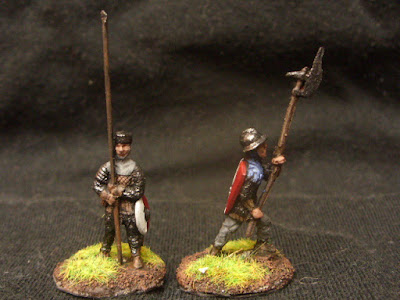 Left. As the pole of the halbard is quite thin the head breaks off easily which means either replacing it or converting  the bod into another role..here as a staff slinger.
Right. Spear removed and replaced with an axe,  heater type shield added 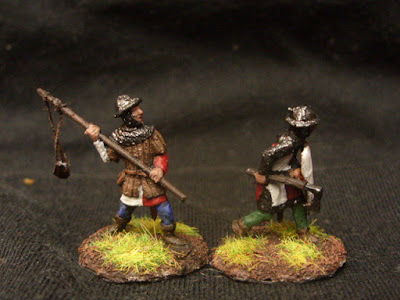 The foot bodettes to complement  the Mounted set.
10 in the set, half of which are archers,  which, when added to the Modern Amazon foot, gives them a lot more firepower.
This lot are dressed and armed less like their Modern Amazon sisters, who are more along the lines of Conan/ Hercules / Zena type Books, Comics and films but more like the ancient greek depiction of Amazons.

Were there actual Tribes of Amazons? The greek stories of female warriors of  scythian / sarmatian tribes of female warriors may have, with the telling, become exaggerated.  Archeological finds Show about 20% of Scythian-Sarmatian 'warrior graves'  contain women dressed and armed for battle similar to the male warriors of the time so maybe not whole tribes purely made up of females but it´s likely females fought alongside the males.
That, or that the women practised the arts of war so that when the men went to war they could defend thier camps. Maybe the idea of purely female warrior tribes came to be after such a camp was found by a foreign army/travellers

Who knows for sure and TBH, I don´t much care as they will become part of the Cimmerian faction. 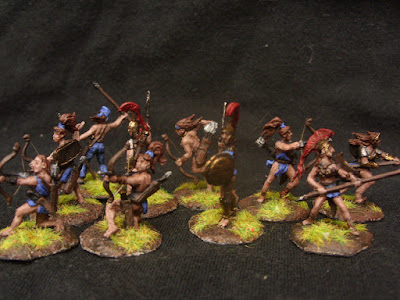 As with the rest of their Amazon sisters (Modern or ancient versions) they have a tendency to go, at least  partly, au naturel. 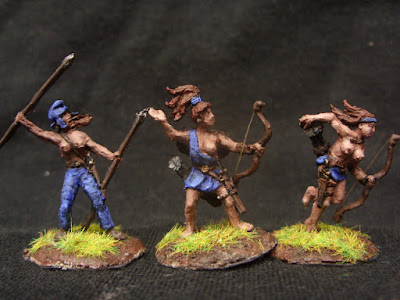 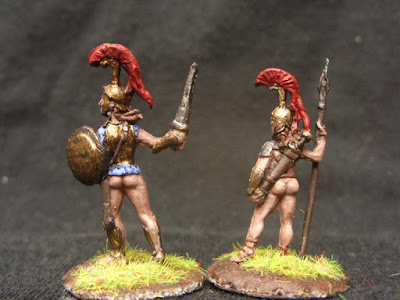 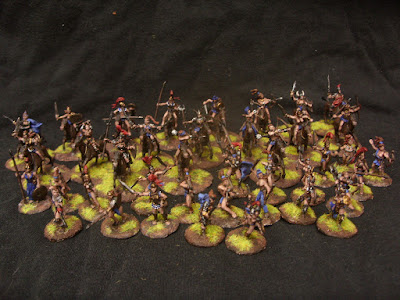 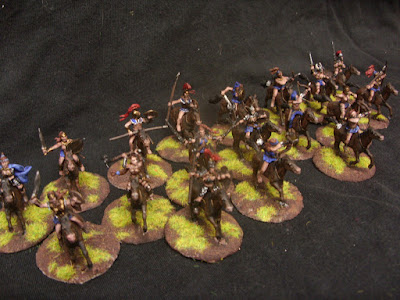 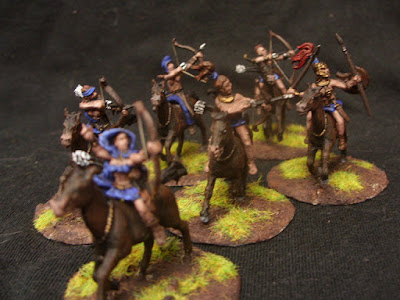 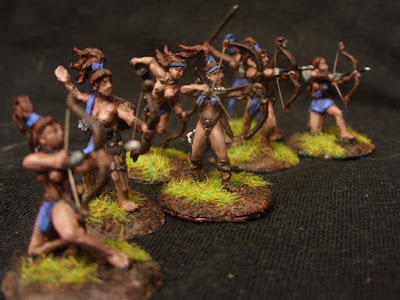 Now there´s only the second set of Cimmerian foot to get painted and that´s the Cimmerians finished.

I´m still playing "catch up" with the Alliance range of Fantasy bods.
34 sets and I´ve painted about 28-29 of them.
As with the Modern Mounted Amazons I´ve swopped the nags provided for ones from the HäT Numidian cavalry and the Zvezda Carthaginian Numidian Cavalry  so they fit alongside the Cimmerian Cavalry and the Modern Mounted Amazons (no saddles and reins etc)
10 mounted and two foot bodettes. A bit of Flash to deal with but not too much. 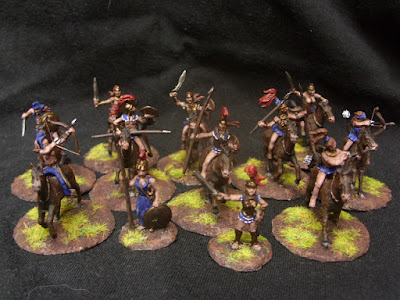 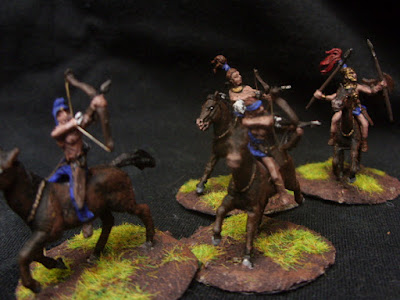 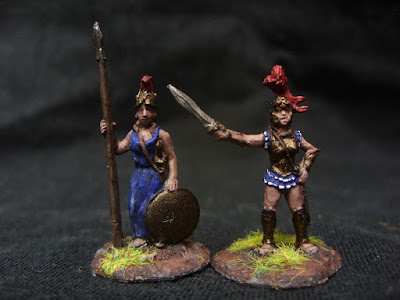 One or two of them are a bit free with thier choice of clothing. 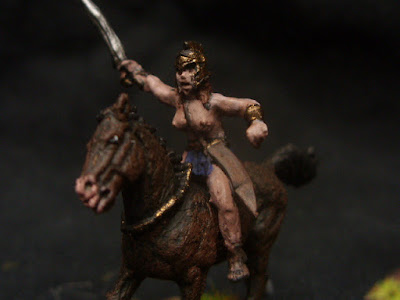 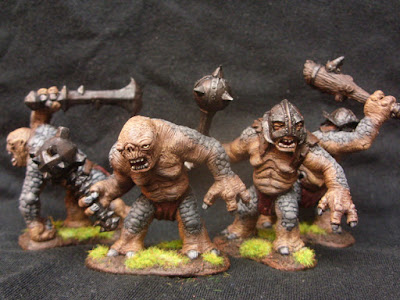 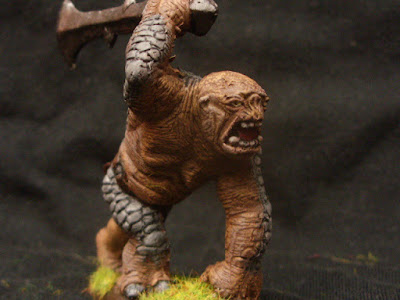 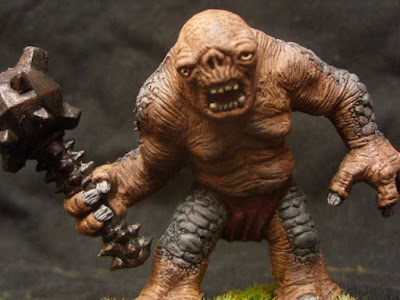 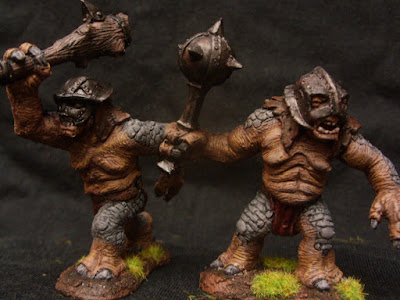 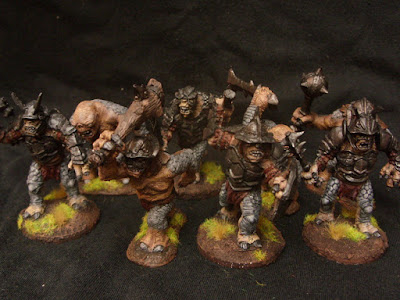 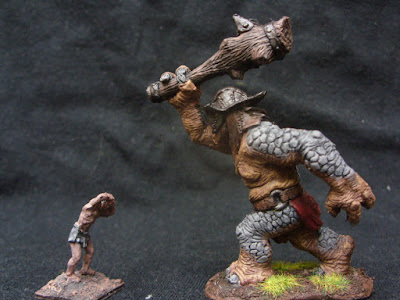 Again, made by Dark Alliance and again, big beasts.
For  my considerations on size ..see HERE 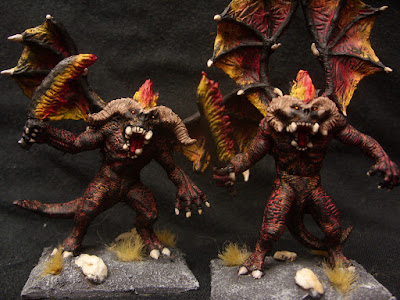 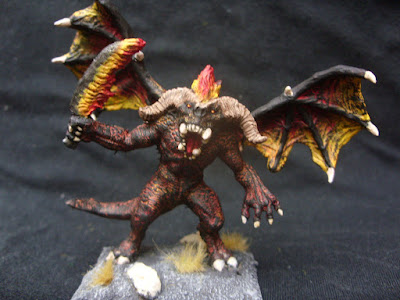 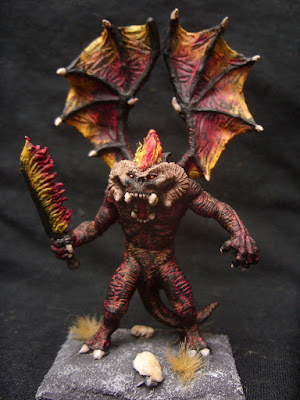 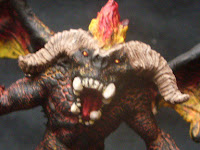 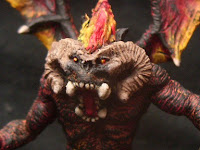 The whole Gang together. I might have swopped the wings between the two sets. 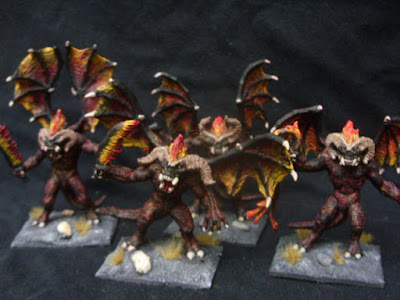 Another "period" for me to get into?
Zombie Hunters/Post apocalypse survivors from Dark Alliance,  coming in 2018 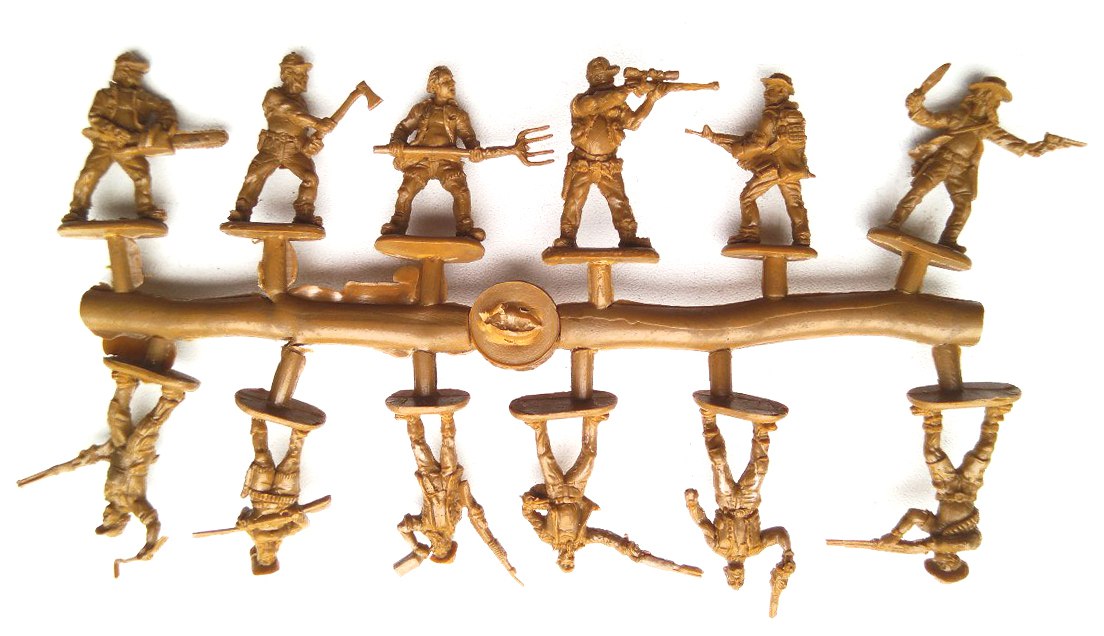