Originally a Mount from the Modern Mounted Amazons set which didn´t get used as I gave them Nags to ride.
After sitting in the "to do" draw it´s been painted and based and will go off as a X-mas pressie to a 11 year old Girl who collects Unicorns. I mean, there´s two in the set and who needs TWO unicorns!? 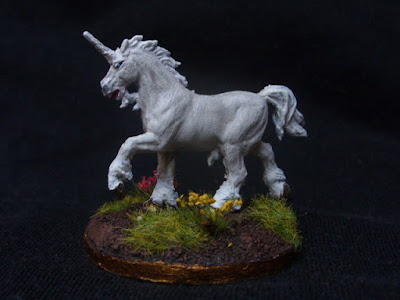 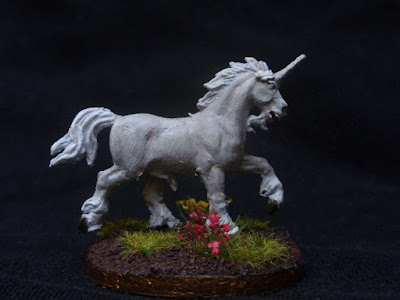 What doesn´t Show up in the pics is that the Unicorn has a silver glitter effect added to the Body..not too much as to be over the top ala, My Little pony....just a Little to add a bit of "Magic"
Posted by Paul´s Bods at 08:08 16 comments: