Set VK1, 8 Bods, 7 different poses and 8 shields.
How the repeat pose selection is done I don´t know. It could be that each set of eight has the same repeat pose I got or it´s a matter of one of the seven being doubled to make up the round eight. Whatever,  they are all great poses so  it doesn´t make much of a difference as to which one is repeated.
I´ve attached shields to 4 of them. 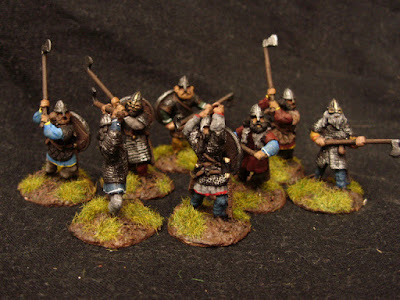 Close ups.
The two on the left are the doubled pose. 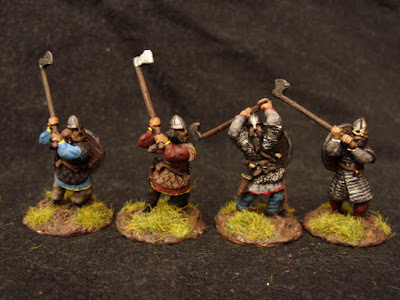 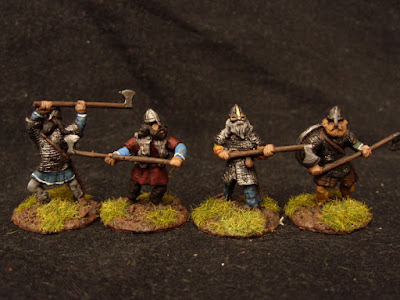 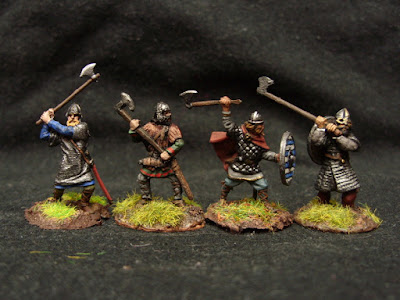