Bodstonia needs some tents for an upcoming adventure . There´s loads of tents  in plastic on the market but they all seem to lack something...difference. ...that and they cost Money :-D

Mass produced plastic tents, , by nature of the production,  are uniform, ie; each tent of the same style looks exactly like the next one, same folds, same creases etc.  With most everthing else, Bods, nags, tanks, carts, etc, it´s easy enough to give Variation between each individual Piece, converting, adding bits (Guyropes) or recreating damage/wear and tear..but tents?

I was going to use some Renedra tents, nice in thier own way but as I´ve mentioned, too uniform. Put in "Rows of tents" as a Picture search and you´ll see what I mean...same make and style of tents (in a lot of the pics) but they each have a character of thier own.
With this in mind I decided to make some of my own "mass produced" tents.
How it´s done I´ve already shown HERE 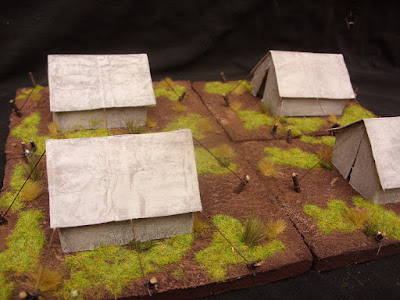 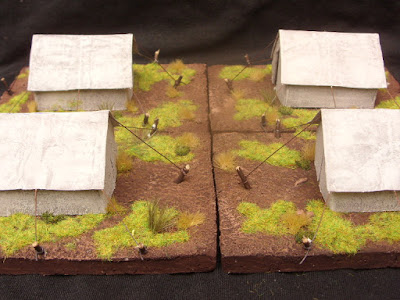 Close up of one of them 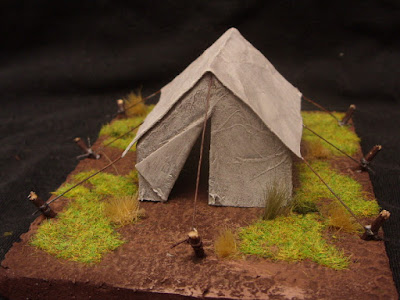 Now onto the "camp scenery"  and a Mess tent....then the adventure can begin.

But, before that..a 1:1 mini adventure.
After several days going out at dusk in search of a couple of Baby Tawny  owls, only getting some  dark blurred Pictures, Today, at around 14.00 hours local time, the squawking of blackbirds gave thier approximate locality away and after a painstakingly slow creep into the Woods (Lasting 1/2 an hour for a few meters there and the same back)  I finally got some half decent photos.
They´ve been named...from left to right..Pudding and Pie 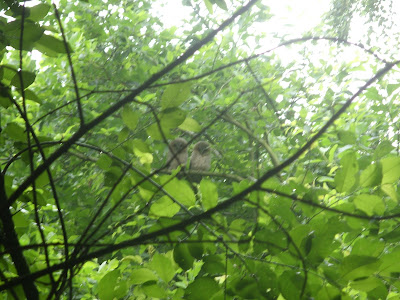 A couple of blurry Close ups 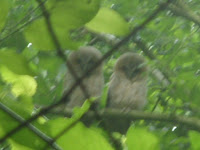 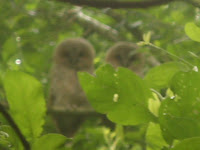