A couple more finished.  Unfortunately The set has few nag poses, 4 only,  so both riders have the same nag. 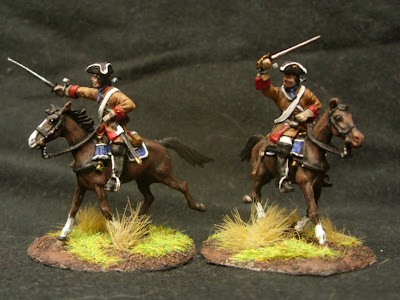 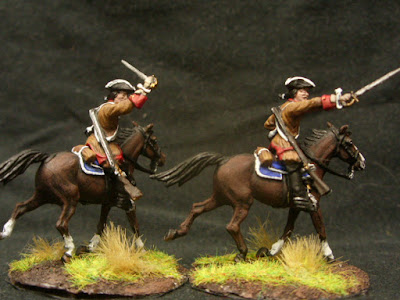 * If I can get hold of Zvezda´s  Swedish Dragoons of Charles XII I´ll add some more. The nags Seem to have different blankets but the uniforms  look almost identical..or?
Posted by Paul´s Bods at 04:51 12 comments: