"Daughters of Ares and Harmonia " to be correct.

12 poses, absolutely Zero Flash, excellent sculpts...IMHO, 10/10
I really like them and they are a welcome addition to the   Amazonian Cimmerian alliance Battlegroup.

I´ve painted them up in the same Colours as The Alliance Amazons, except I did the helmet deco in   blue not red. 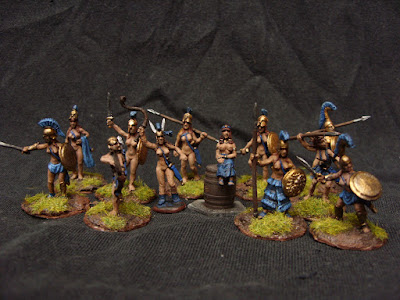 The seated one and the one with the Whip? There´s a set 2 proposed so could it include a chariot? 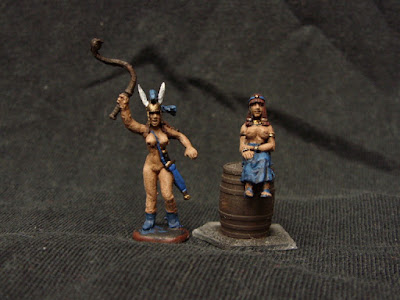 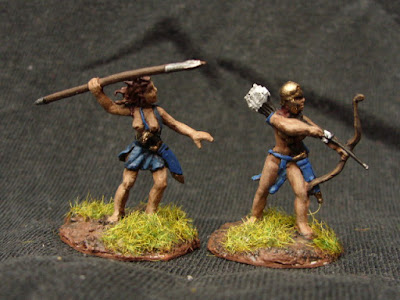 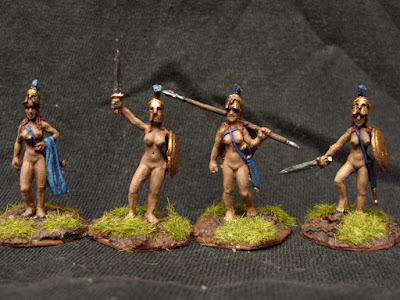 Size and style wise they fit well to the Alliance Amazons 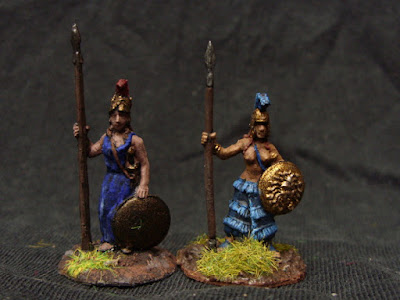 Apollonius Rhodius, Argonautica 2. 989 ff (trans. Rieu) (Greek epic C3rd B.C.) :
"The Amazones of the Doiatian Plain were by no means gentle. well-conducted folk ; they were brutal and aggresive, and thier main concern in life was war. War indeed, was in thier blood, daughters of Ares as they were and of the Nymphe Harmonia, who lay with the god in the depths of the Akmonion Wood and bore him Girls who fell in love with Fighting"

The Sisterhood (minus cavalry) together 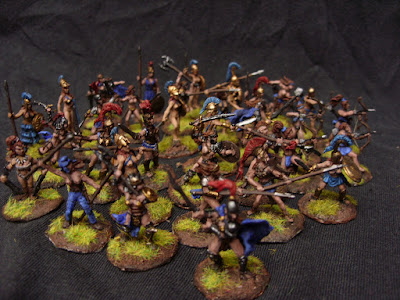 There should really be a complimentary male set. Virtually all,  Ares, Aristaeus and other Greek gods, are  shown with  thier bits on Show. Would also make a usefull set as  early Greek Warriors.

*Ok, originally it was "Nice night for a walk" and the whole thing wasn´t said by only one of the characters but it fits.."I´ll be back"

Usually, I would put up a new years post with what´s been done and what´s planned but the planning part never goes to plan. I get distracted by other Projects and/or new stuff appears on the market that needs painting ASAP, which makes a mess of any list.

Recently (HERE) I saw a WAY better method of "planning" over at Geordie´s Big Battles.