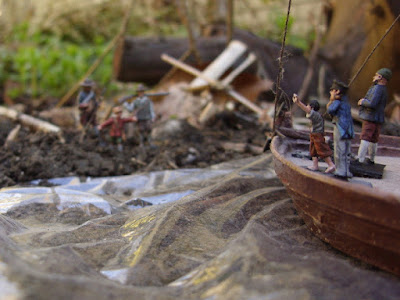 On the other bank waiting for them are Norman Clarke, Norman Huds and his son Norman Huds Jnr 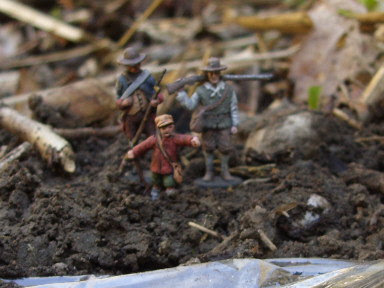 Or, as I prefer to call them, the Purple Pirates.
Corsairs set 2 from Dark Alliance, featuring long range weapons.
10 bods and one ballista. Tiny bit of flash.
The colour scheme is my own. 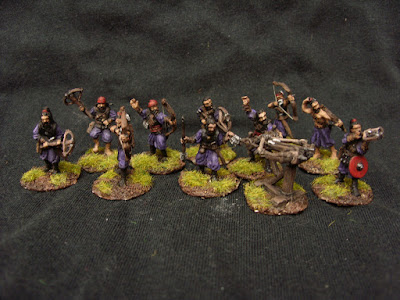 The set divides up into, 4 Archers, 4 crossbows and a ballista with crew.
The Archers 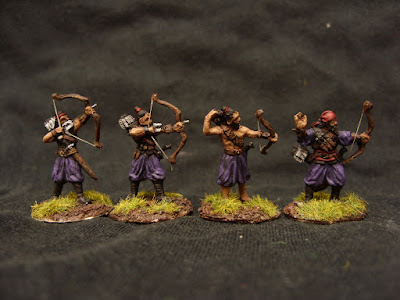 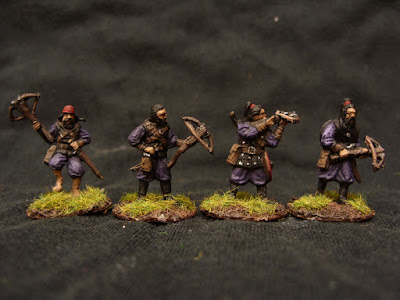 Actually, it´s the ballista and crew from the 2nd Dark Alliance Corsairs set. 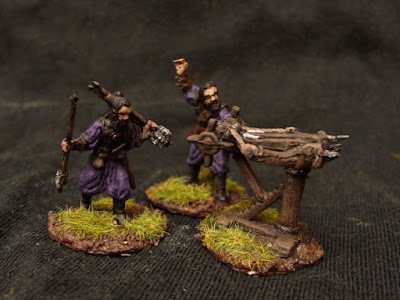 The crew.
They seem to be a commander and ammo supplier and niether is actually interacting with the Ballista, although the commander can have his left hand put onto the winding gear. 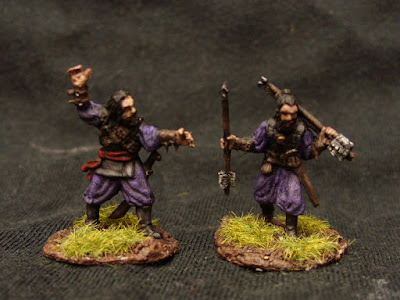 The Ballista.
It comes in two parts and is held together with two pegs. This works fine although I added some second glue to make sure. 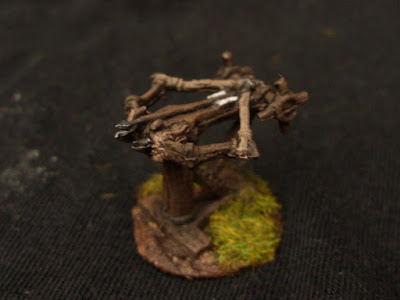 Set M003, the second set from Strelets titelled "Anglo Saxons". The first set (016) which came out a couple of years before this lot,  is, IMHO, as titelled Anglo Saxons, a bit of a mess.
Not to say they haven´t got a use,  a lot of them  could  easily be employed as medieval levy types.

This lot are the Saxon  Shield wall bods. As both Vikings and Anglo Saxons looked very similar they could be added to the Viking set M004 to create quite an impressive 24 man Shield wall. Add other bods from the various Viking and Anglo Saxon sets which are holding thier shields to the front and it could be as many 30 bods wide.
Add to that, headswops, weapon swops and Bods from other makes and the wall could get endlessly wide. Something to do one day…...perhaps :-)

12 bods, very little Flash.
The sprue also has A Sword, an Axe, two spears and three shields (two round, one Kite)
Three of the bods carry Kite shields. Two  are already attached but they could be easily replaced with round shields.
The  Kite Shield and one of the round shields have odd looking "riveting" around the rims so I replaced them with ones from the Zvezda Vikings set.
The spears got ditched in favour of one handed weapons. 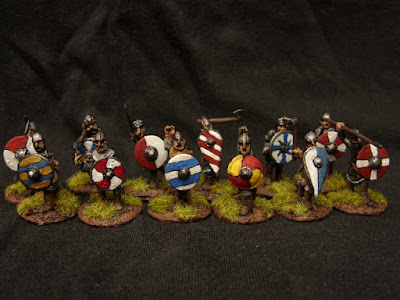 A couple of close ups 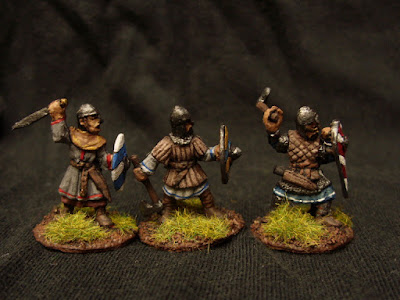 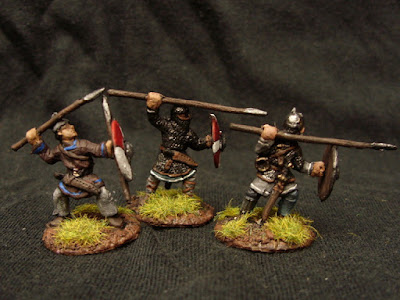 What you get in the Strelets Stamford Bridge big box set if only one of each pose from each sprue is painted and no conversions.
39 Anglo Saxons and 39 Vikings. 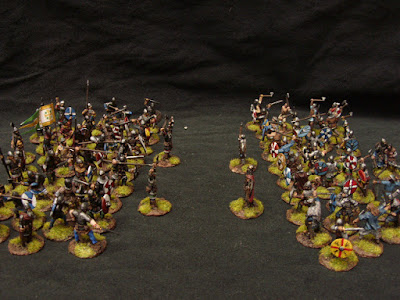 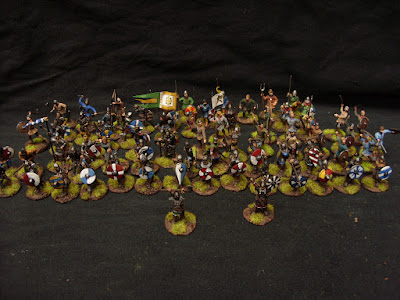 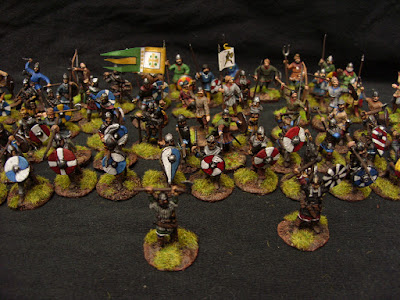 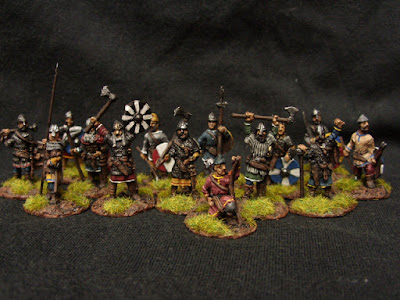 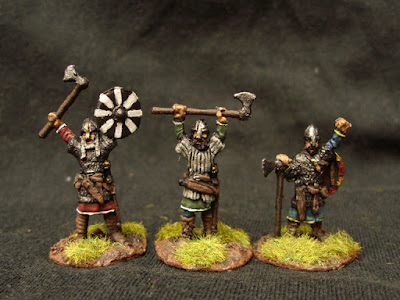 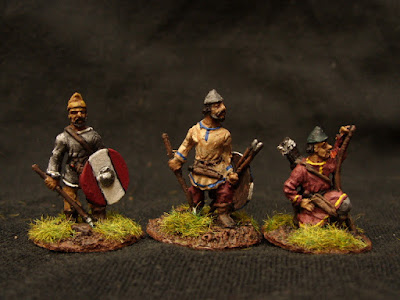 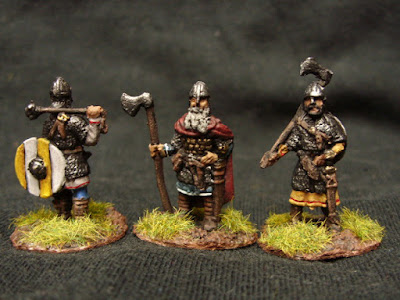