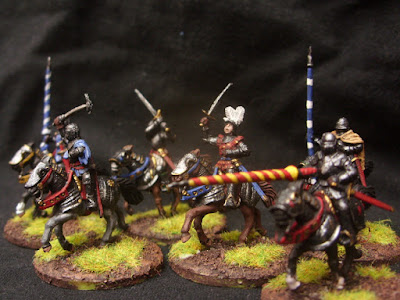 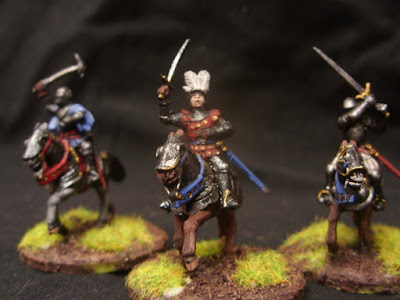 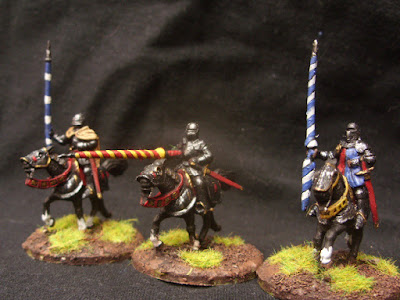 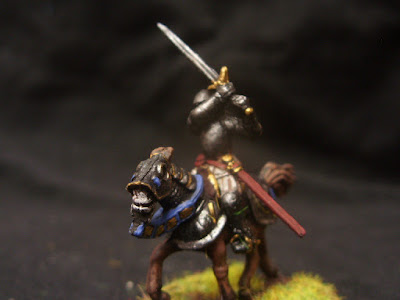 Another bunch of bods for the 1329 dio..this time an older Valdemar set called VR 008 Plunder. As far as I know, the set isn´t produced anymore.
10 bods and two porkers. 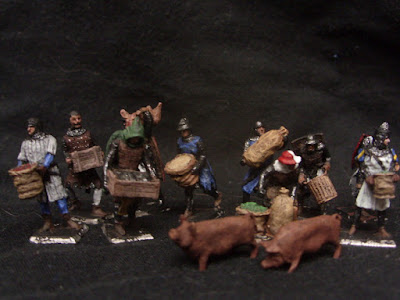 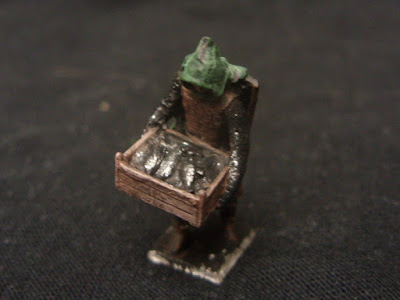 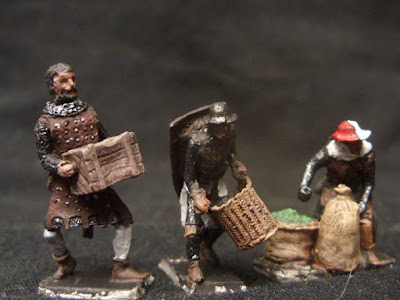 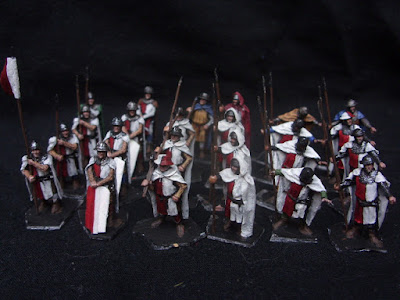 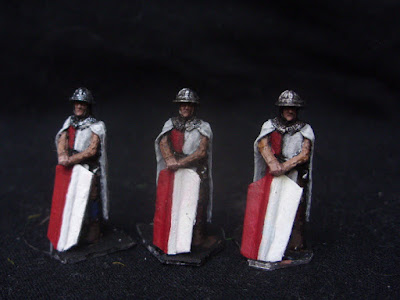 One set is painted up "Freestyle". The axe and crossbow from the spares box. The sets Come with crossbows, they are ok but a bit small for the bod to lean on one. 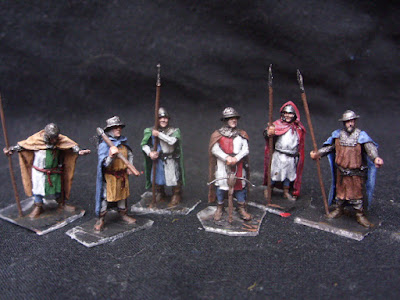 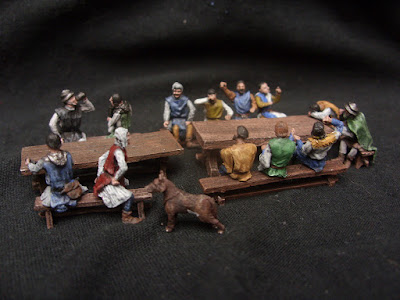 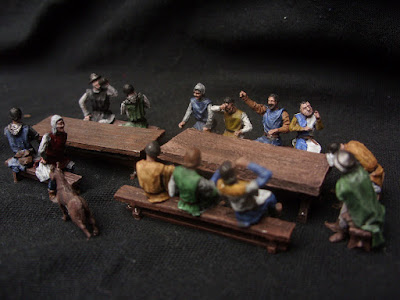 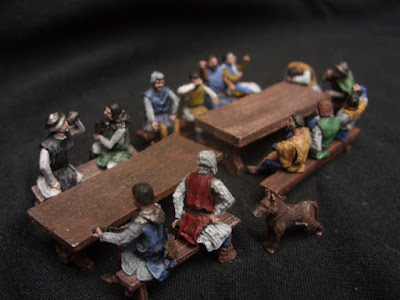 Another two wagons for the Teutonic Order 1329 dio, also made by Fredericus Rex as part of their Greenline range.

8 pieces all made Entirely of resin.
The one at the back is missing a tiny Piece. Unfortunately I´d tipped the parts out of the Blister box onto my Workspace and I didn´t notice that a bit had  broken off until I´d started painting and by then it was lost.
Note to self;
Spread out and Check parts using a clear Surface and tidy up the Workspace on a regular basis so as to have a better overview. 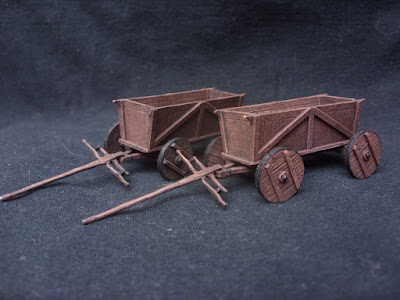 As with the two  Kobelwagen, the "falling tongues" have been left unfixed for Transportation
Posted by Paul´s Bods at 07:39 12 comments: