Originally I was going to use other nags, particually for the boss, unpainted they look a bit podgy but after test painting one it turned out looking ok though not quite as elegant looking as an actual Irish Hobby. (The breed is now extinct..so no evidence of actual colours...a good excuse for my choices) Also decisive in using the nags in the set was  the tack,   which is unique to the set.

PSR´s main complaint was the amount of Flash on the Nags but my set had very Little.  As with other sets I´ve bought the Flash does vary  sometimes from the PSR accounts so I suppose it depends on which box you pick up. 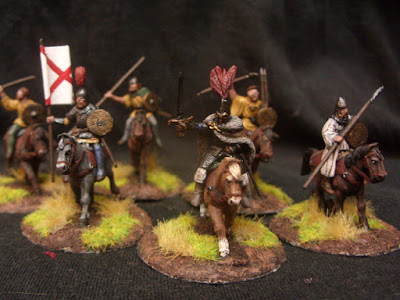 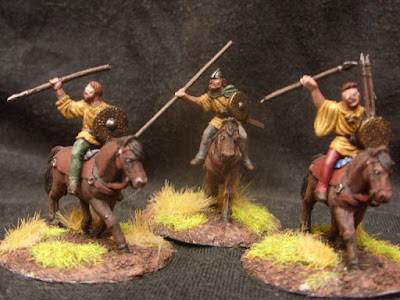 So which mob should this lot represent ? After a bit of looking about (helped by the fact they are mentioned at PSR ) I decided on the Geraldines (Fitzgerald´s) . Chosen over the Butlers mainly due to the fact thier Standard, Argent a Saltire gules,  is easy enough to paint 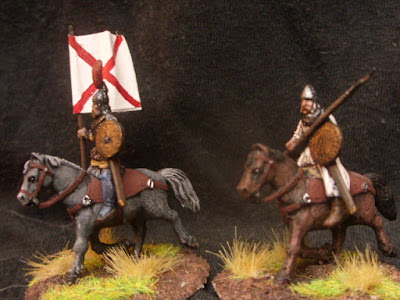 Basically, if this lot are supposed to be running about in the WotR´s period,..the boss has to be Thomas Fitzgerald, 7th Earl of Kildare. 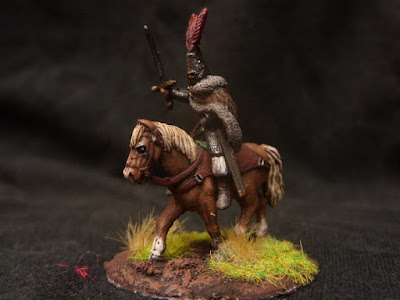 A slightly sad note. The two kittens (Bobby and Foxy) will be going tomorrow. They are going to a good home but it pulls the heart strings to see them go :-( 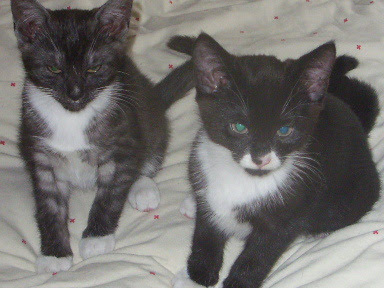