Finally I have made up my mind. I was going to do wargaming in the ancient period but lost in building BIG armies. Then I started 3 medieval armies and a medieval city project. The Medieval armies have expanded, the city project is on hold. Then I thought of wargaming in the not too distant future but the other projects hold a little more interest for me. (I still want to do future shock though)
Now I have found a good solution. A medieval based fantasy wargame. This way I can paint up medieval civilians, soldiers, add houses etc as the theme developes and I can have monsters, skellies and the rest as a sideline!!! A medieval town project, medieval army development and a fantasy game all in one!!! 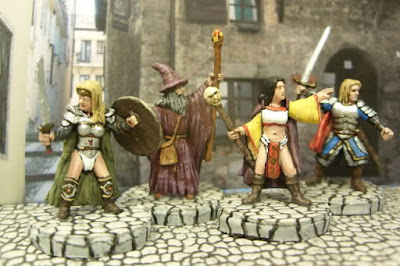