12 dark shadows whose purpose is to "remove" people and carry out other small "tasks"  for money.
You have heard that they exist, you may have heard of thier deeds or even met someone who claims to know one but the only time you will ever really know wether they are real or not,  will be the last thing you know.
This set is by Alex for Valdemar and soon will be  available from Fredericus Rex 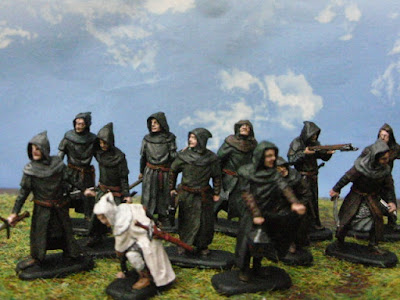 The Brotherhood together. The bods come unbased so I´ve used some spare bases from the Emhar Saxon wariors set as temporary ones 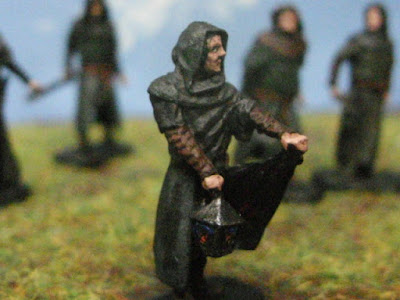 Signalling that he´s suceeded in opening the castle gate 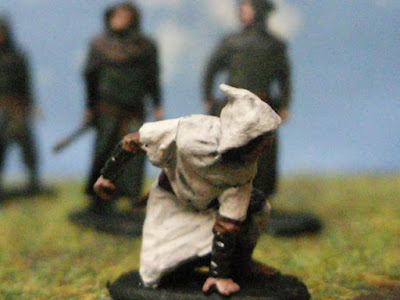 Of course I had to paint one up   "Assassins Creed" style

As ever, it´s not only the poses that make these bods really excellent..it´s Alex´s creation of such expressionate faces!! 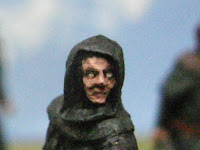 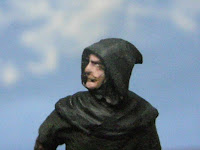 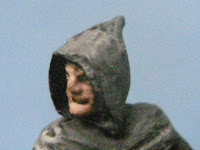 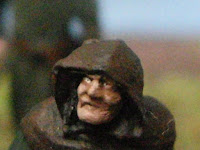 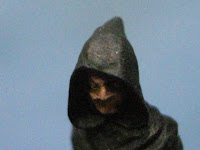 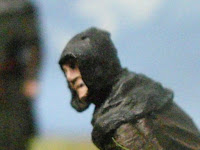 And now a rare opportunity to see  some of the members of the Brotherhood in action!

In medieval Khandibah,  someone who prefers to work alone is about to leap into the pages of history. 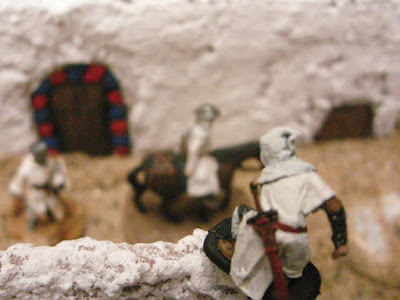 Meanwhile in Styrow on the Foam, the king  is passing through...but..... 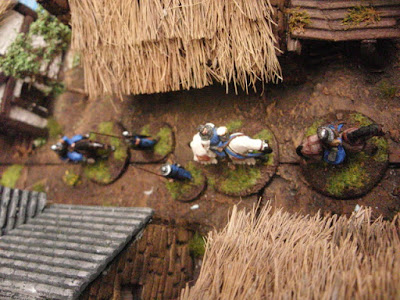 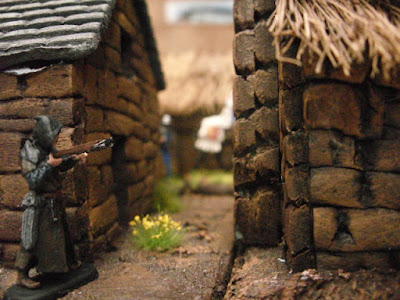 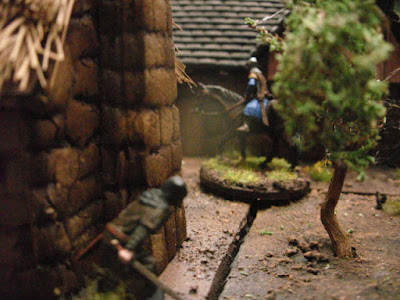 ..and to the front, the ambush is about to spring into action. 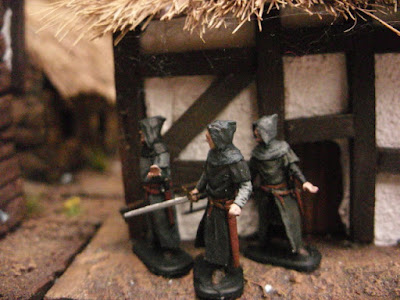