It may well be historically innacurate, I couldn´t find any definate evidence of them being used by english crossbowmen at the time , but I´ve decided to give them Pavise. 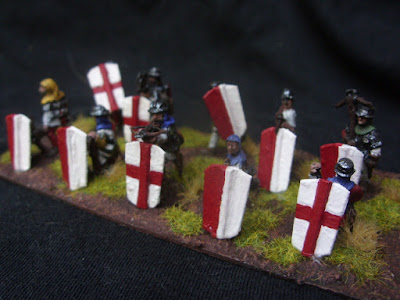 I was going to use the Pavise from either the  MiniArt French Knights with assault ladders  or the French foot soldiers with rams sets but  decided to go old School and scratchbuild my own. Similar to how I´ve made them before (HERE) but, seeing as the Pavise shape is different and I had to make 20,  I simplified the method by using thin strips of coffee stirrer for the central strut. 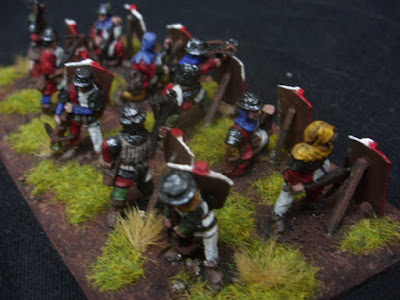 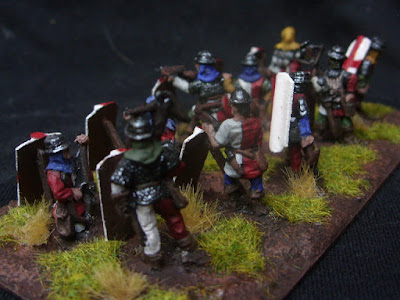 Most of the bods have had head swops but I got a bit more adventurous with one of them.
He is obviously from the Strelets Medieval Crossbowmen set but his head comes from the Strelets Army of Henry V set..the bod 6th row from top, far left. 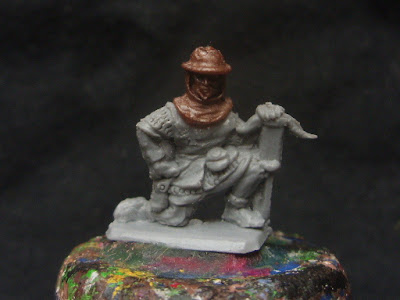 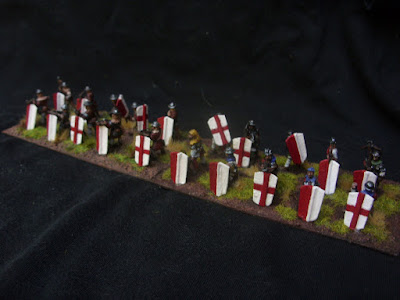