In the long and seemingly never ending quest to paint every set of Airfix bods...these were bound to crop up at some point.  Not the prettiest of sets ever made, more functional than anything...and the struggle to get some sort of face on either set of them!!! 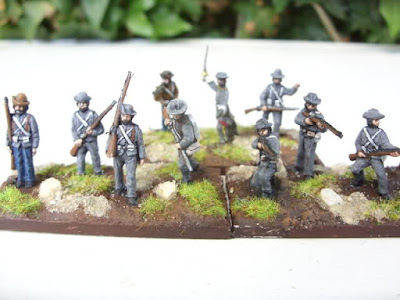 Union set. Could be painted as Confederates 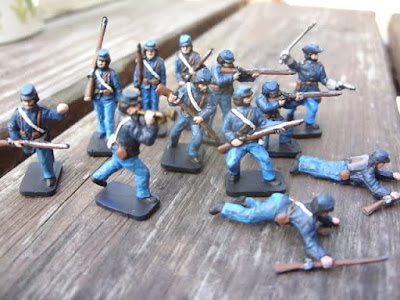