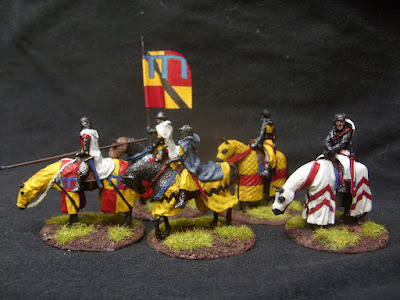 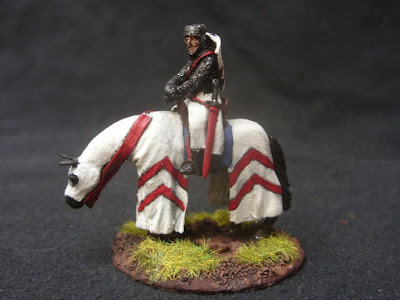 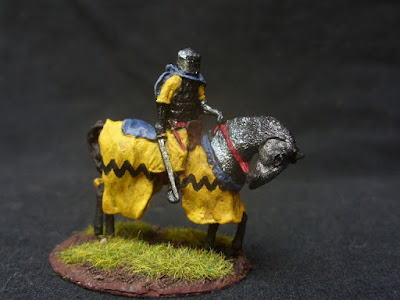 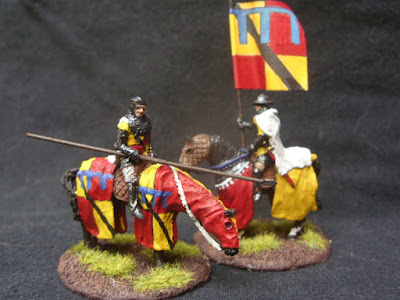 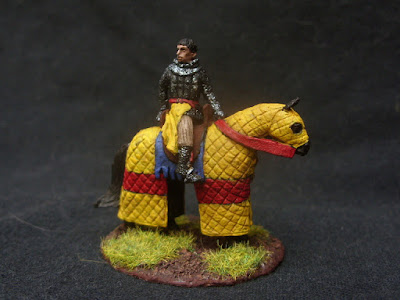 Medieval "On the March" 1

From Valdemar. "VA188 ON the March "
It says on the link, " 11 marching kniggits".  On the pics of the set there´s ten. I got these ten plus another who isn´t pictured on the Fredericus-rex site and his pose doesn´t actually fit into a set of marching bods, more a fighting pose than marching,  so I´ve left him out.
Mostly, the poses are slightly altered poses from other Valdemar sets, bits of personal baggage added, arms repositioned etc. 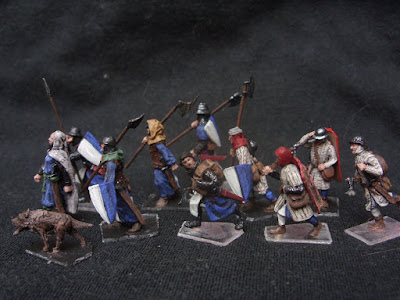 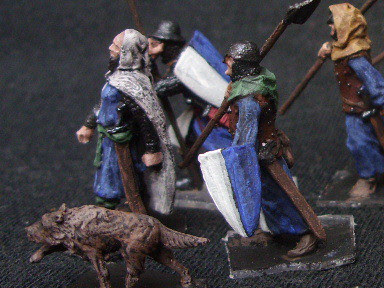 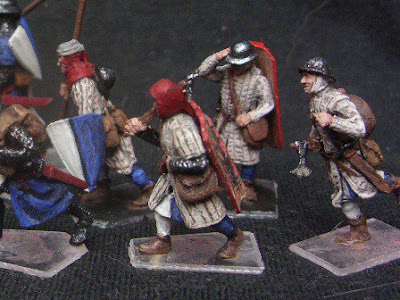 Anyway, they aren´t yet  based as a Group as I´m planning on adding another couple of sets.
The Blue/White Coat-of-Arms ? This combination, White on the right, blue on the left turned up on a painting among the federation of Swiss Kantons  at the battle of Marignano but is an unknown flag. A mirror Image of the flag for the Kanton of Lucern?
Also, I´m thinking of adding a red band to the design so if they were based it would be near impossible to do so. 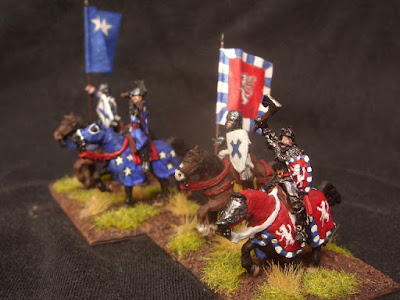 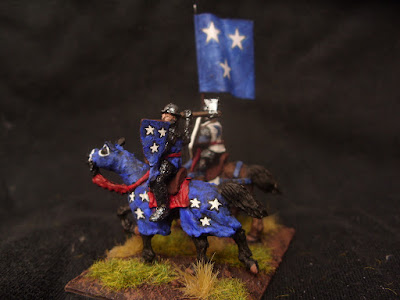 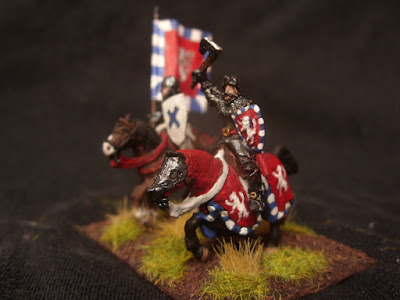 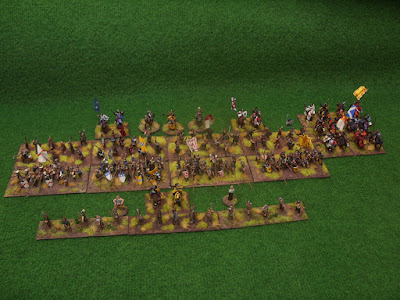 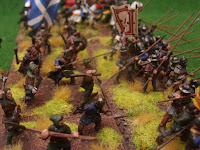 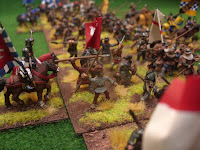 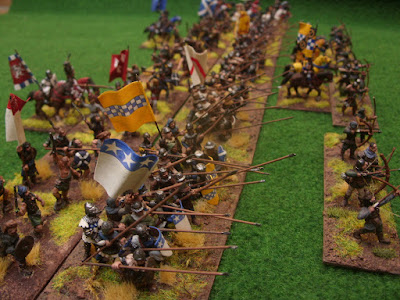 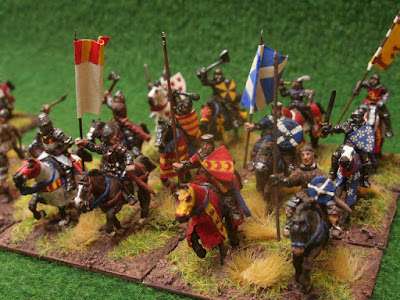 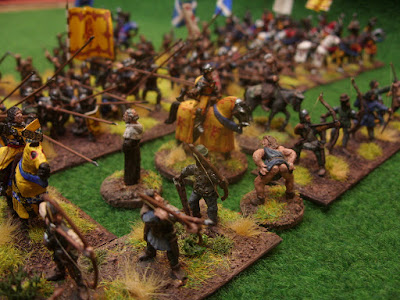 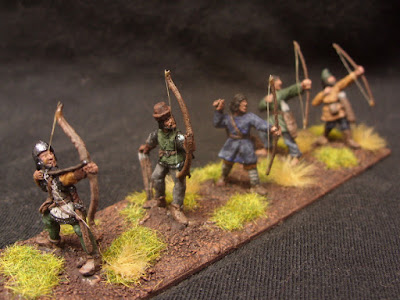 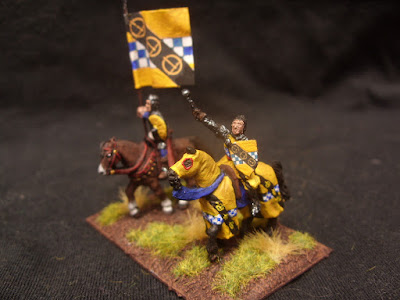 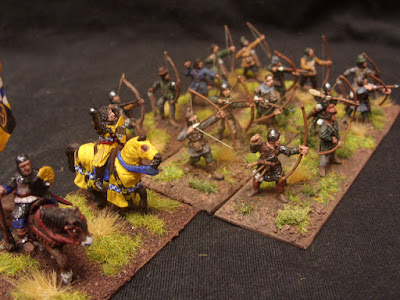