My contribution to the Airfix Civil War Group Build over at the  Airfix Tribute Forum.
Rules are that at least 51% of the build, in this case the bods, should be Airfix and as i Chose a medieval theme the Airfix Robin Hood and Sherrif of Nottingham sets were front and centre.
I decided that all Bod related stuff, Shields, weapons, headswops etc should either be Scratch made or come from withing the Airfix range of bods.

I went for the The Anarchy, 1135-1153. This limited the use of the Sherrif of Nottingham set as the arms and armour are more representative of later medieval period troops but that´s part of the fun, make do or re-do. Also, I can use Maid Marion as Empress Matilda and the Sherrif as king Stephen.

The Castle under seige? After a bit of Research I found one that not much is known about, Bampton Castle. There´s not a lot of info About it during the period of the Anarchy but it´s mentioned as being built by Matilda´s Forces in 1142 and being beseiged by Stephen´s Forces at the end of the same year.
It´s described as being a motte Castle which, seeing as there´s no info on the actual construction it gives me a bit of room as to it´s size. If it was built early in 1142 and besieged a couple of months later it would have to be a wooden construction rather than Stone...unless they were very busy Little bees back then.
Aerial view 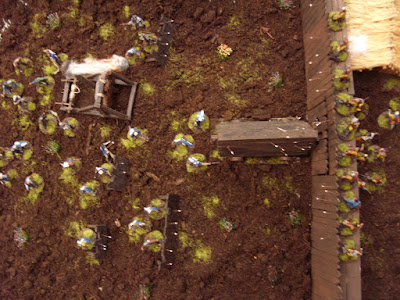 The attackers in the Colours of Henry of Blois 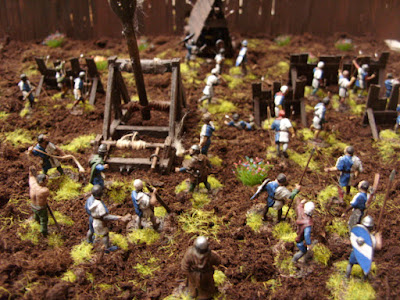 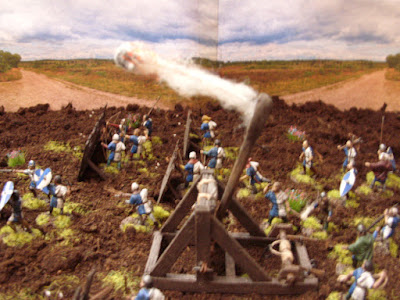 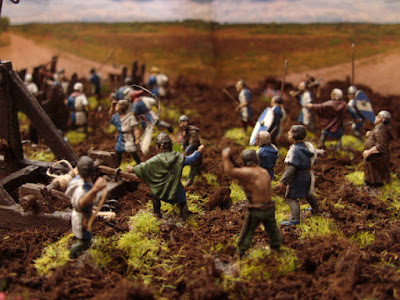 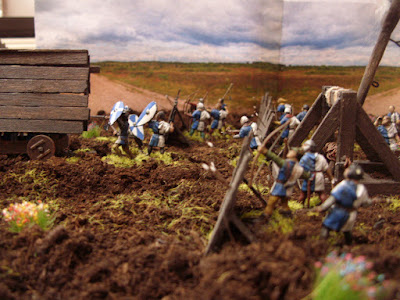 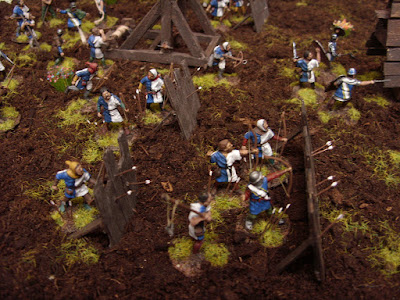 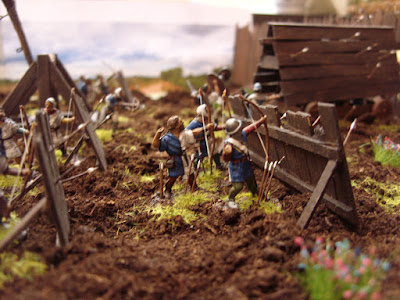 The Defenders in the Colours of Geoffrey de Mandeville II 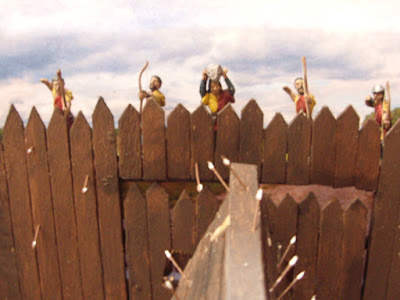 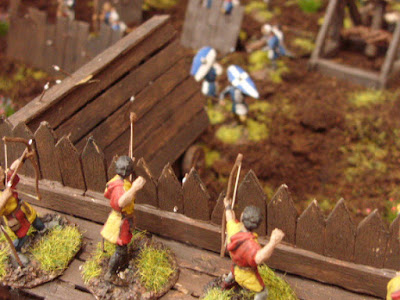 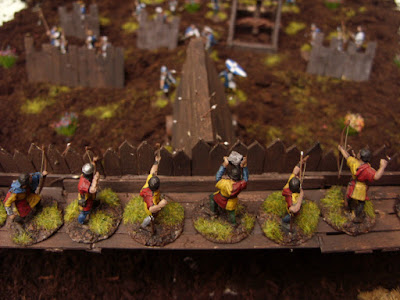 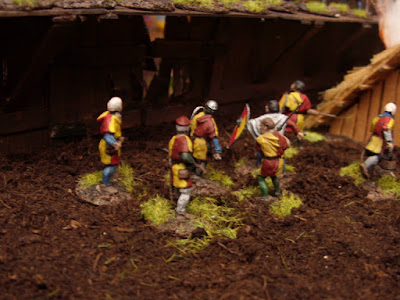 Egbert running to put out the fire. 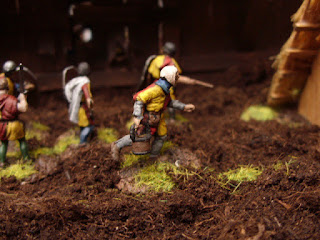 Bit on the Wall etc
Made from coffee stirrers. I know, as far as any historical stuff tells, it ain´t historically accurate but it was quick, cheap and serves the Purpose. 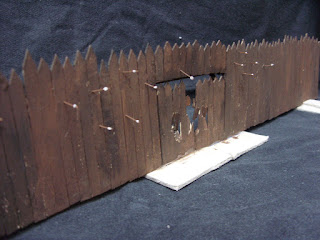 Seige mantlets
Easy. Coffee stirrers, bit of PVA and some paint. Arrows made as described in the Bod Conversions Post. 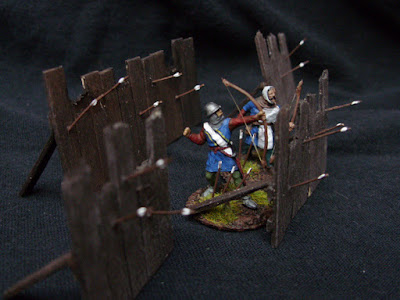 Battering Ram and Catapult.
Both scratchbuilt.
Build for the Catapult HERE and for the Battering Ram HERE .
The Ground work is potting compost….easy and can be recycled :-)
Posted by Paul´s Bods at 04:18 14 comments: