Ok..the play Waiting for Godot was written in 1948 and features two main characters, Vladimir and Estragon. The pair are wearing bowler hats, there´s a tree in the background, Estragon sits on a mound or rock and they wait.
But the names, Vladimir, Estragon, Pozzo,  and the name of the writer Samuel Becket, all have (IMHO) a Medieval ring to them and make me imagine a medieval setting..so................. 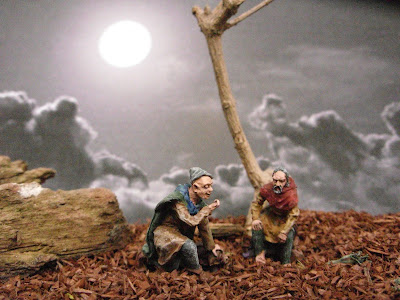 The Vladimir character is supposed to be used to protray a pilgrim drinking using his cupped hand, but it could also seem as if he is looking at his fingers in an absentminded way as he talks. 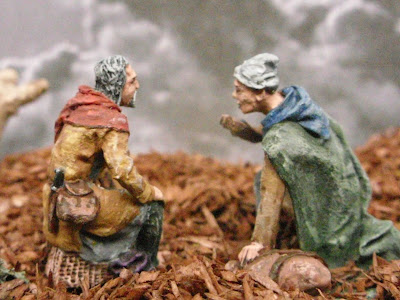 In my Version, Estragon is sitting on a Basket, not a rock. 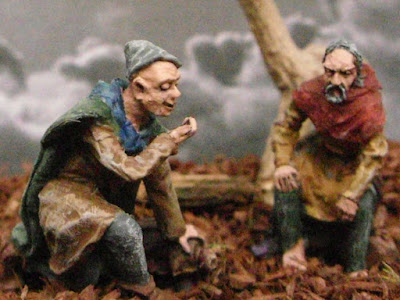 Whatever Vladimir is saying, it´s either very stupid and it´s annoying Estragon or it´s very interesting and Estragon is concentrating.