American Militia in Winter Dress 1812..that´s what it says on the box and that´s basically what´s in the box but I wanted them for use as Bodstonian Miltia..so they got few head and hat swops.(from the Zvezda Russian Artillery of Peter the Great set)
The range of weapons is interesting, as mentioned on the PSR site (here) mainly muskets but the chaps at PSR missed one..a double barrelled weapon, a shotgun? 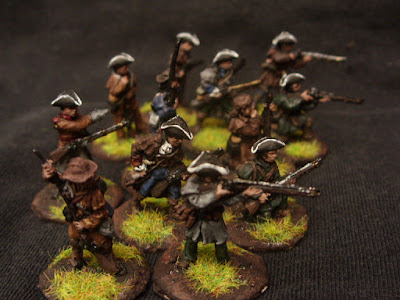 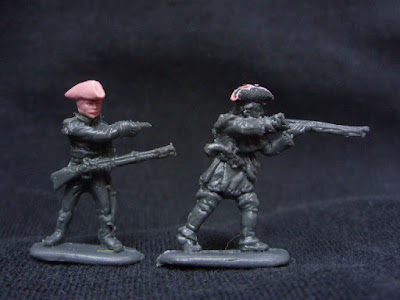 As usual, one sprue is put into storage for any future conversion use, the other two are added to the  Bods for sale/swop list
Posted by Paul´s Bods at 03:54 12 comments: