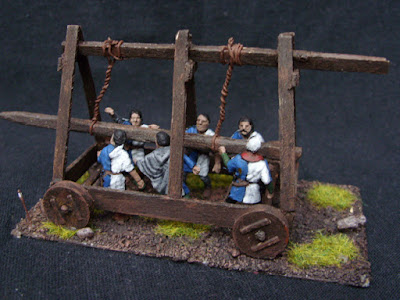 Basing on a piece of an old CD case which had one Surface roughed up with sandpaper and scoring with a sharp blade. Base material,  sand mixed with PVA. 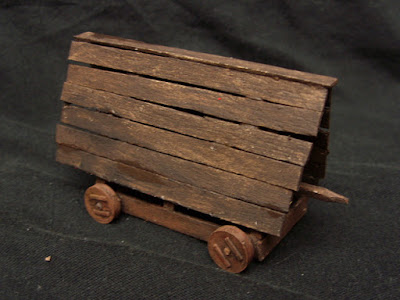 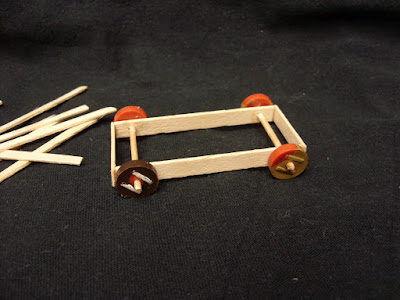 Roof spars added. This is a bit of a balancing act but second glue (I used Pattex gel) helps. The upright spars get added first, the supporting beam after they are fixed in place. It´s a bit longer on one end (the back) so any troops waiting for the break through or have aided in pushing the ram into place have some cover. 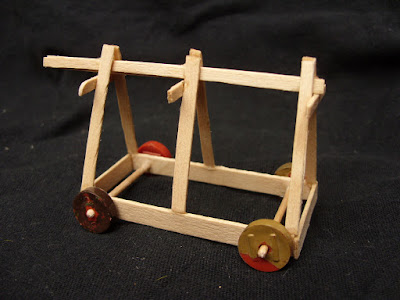 Paint. Add the ram using copperwire as Suspension ropes.
The ram was made by slicing up a bit of vegbox Wood. 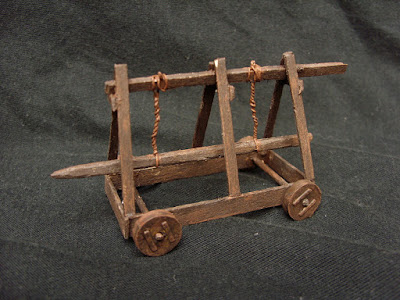 Removable roofing  also made with coffee stirrers.
Like the Catapult, It´s a Rough and Ready looking device but I reckon, unless the army using it had a decent road and Transport System, they would  make one more or less as needed. I mean, how complicated would it be to source the timbers needed? Kick some poor serf out of his house and requisition the roofing timbers. 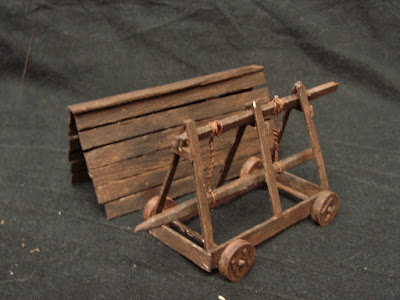