The "Sister" set to the 18th Century female Gun Crew, in the Bodstonian world they are part of the "Purple Roses". More about thier role in Bodstonia here 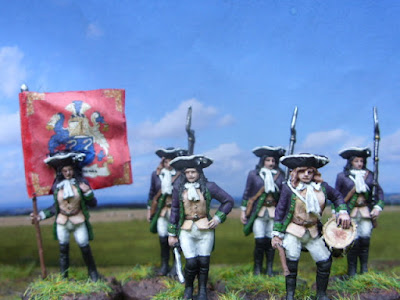 6 in total, IMHO, it would be good to have a set of just marching bods so that a larger unit could be created. 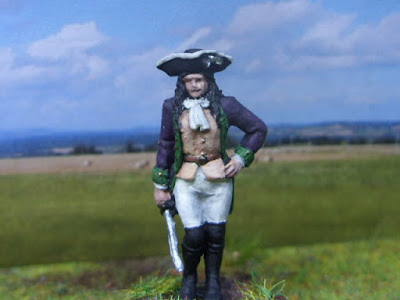 Just a quick explanation.
The Federation of Bodstonia. Whilst it´s based in the 1700´s, this doesn´t actually mean it´s the 1700´s as we all know it. It´s an Imagi-Nation, a parallel universe whose time scale, it´s 1700´s, is  removed from our time scale.
Historical accuracy ? They won´t employ any technology that wasn´t around in the mid 1700´s, but as far as the clothing, housing, transport and customs, these will cover a larger range, drawing on influences from other closely related historical periods.
As far as it goes..it is, for me, an excercise in writing a story, putting ideas down in one place and  creating a world, which..if I get the time and inspiration, I will use to create a real book ;-D