It actually comes as part of the Zvezda Crusader Cog, shown, as per instructions, placed upright on the deck with the oars etc inside but IMHO, it looks a bit too modern (17th century?) to be a medieval rowing boat let alone a "lifeboat". There´s a few contemporary Images about of medieval boats. like THESE, which. although not a definitive list, Shows much simpler versions than the model
Also, life being cheap, would Medieval ships actually carry lifeboats anyway ? I can´t find any mention of them anywhere.
I could have added it upside down and hide any of the "modern" Details  but I thought that would be a waste so it can go towards the Bodstonian * world.
The rigging was made up, I found several different rigging versions so went for my own.  The  pulley is from a 1/100 scale ship set. 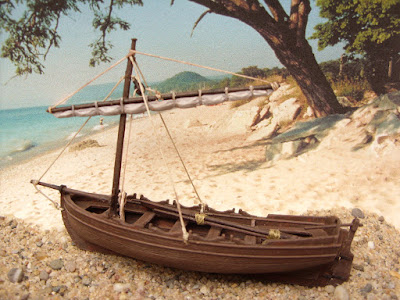 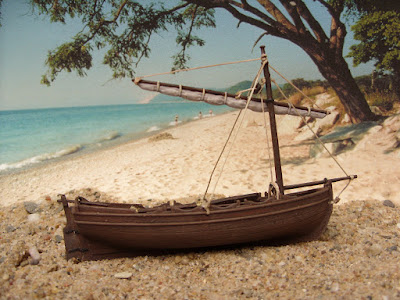 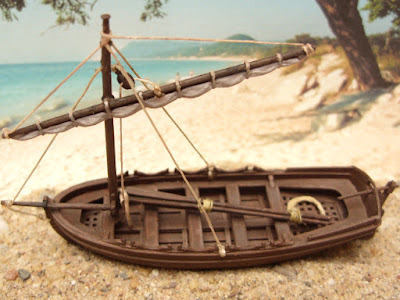 *I know I know...it´s been bloody ages since anything happened there.
Posted by Paul´s Bods at 03:19 12 comments: