This is another great set from the castle of Valdemar and available at Fredericus-rex
I used a horse from another set (the tax collector set) for the boss bod (leaning down from the saddle) because I wanted the heralds to be mounted on similar horses, ie all with caparisons. 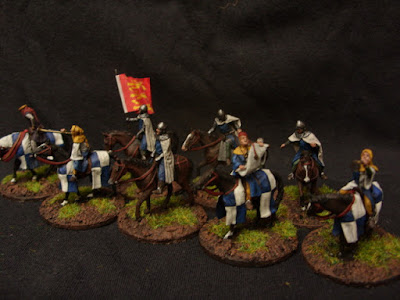 All 8 mounted bods and one foot 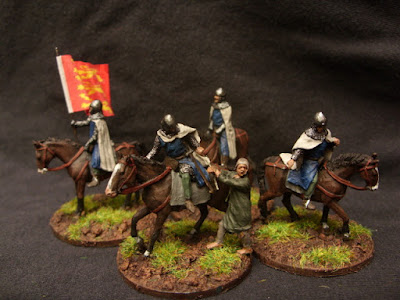 ..and the lord, (Sherrif), Town crier and the heralds 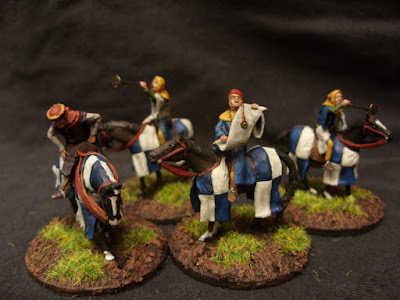 A poor peasant arrested for the henious crime of Turnip smuggling 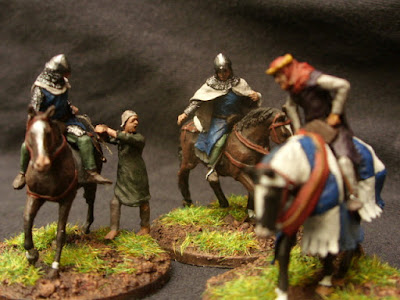 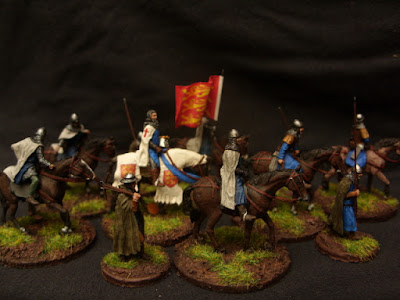 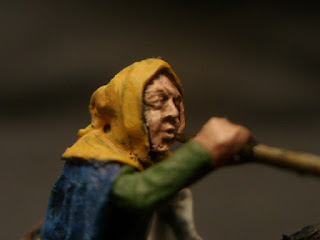 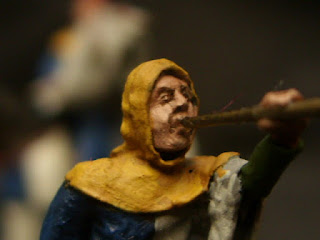 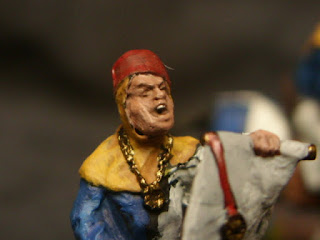 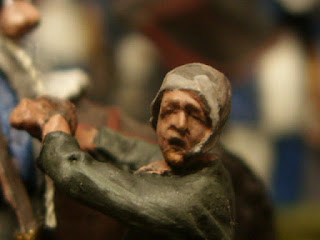